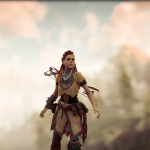 After long-awaited rumors, another first-party PlayStation title is finding it’s way to the PC platform. Horizon Zero Dawn, developed by Guerrilla Games, is finally being released to PC later this Summer. This was a popular rumor that was eventually summed up that it would just be placed on PS Now, which replaced God of War earlier this year.

We're excited that more players will be able to meet Aloy and explore the world of Horizon Zero Dawn this summer! https://t.co/Q1BknmCsQT

Originally we heard this rumor for Horizon Zero Dawn from YouTuber, Rand al Thor, and later Kotaku’s Jason Schrier alluded to this rumor being valid. PlayStation Blog interviewed Sony Worldwide Studios head Herman Hulst and he had much to say on the matter.

When asked what the move to PC means for PlayStation and the fans of the console, Hulst had this to say:

“Sure. I think it’s important that we stay open to new ideas of how to introduce more people to PlayStation, and show people maybe what they’ve been missing out on.

And to maybe put a few minds at ease, releasing one first-party AAA title to PC doesn’t necessarily mean that every game now will come to PC. In my mind, Horizon Zero Dawn was just a great fit in this particular instance. We don’t have plans for day and date [PC releases], and we remain 100% committed to dedicated hardware.”

This should help the mindset to know that the PlayStation console is still the priority for Sony, but they recognize that PC is a market that can help the brand reach more people.

Horizon Zero Dawn is a title that I am currently playing on PS Now via PC. Being that this benefits PlayStation at the end of the day, I believe this is something we may see more of going forward. That being said, I doubt we will see a day & date model that is used by Microsoft Game Studios.