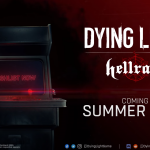 To much surprise and delight, Dying Light is getting DLC named Hellraid this summer. This comes in the form of an announcement made by Techland on Twitter, teasing the upcoming DLC. Originally there was a game in development by Techland under the same name. Hellraid was supposed to be this hack and slash action RPG with a mix of Dead Island and Skyrim. The game originally looked promising when it was announced in 2013. By the time it was 2015 the production for the game was put on hold. Having just recently developed with their in house engine, Chrome Engine 6, it wouldn’t have been easy to transfer everything over in a short time. Techland decided to shelve the project and focus on continuing the Dying Light universe. Recently Dying Light 2 also received a delay, unfortunately without a new release window to look forward to.

This is no reason to lose hope though. The next generation of gaming is right around the corner. With the PlayStation 5 and Xbox Series X not far off, it only makes sense that the game is given some next-gen refinement. Dying Light 2 looks to expand the world in a massive way that will excite all fans of the game.

This has led to the development of Dying Light 2, and the restructure of Hellraid into a DLC package for the first title. It’s unfortunate to see games cease development. Especially when they seemed promising in the beginning. Thankfully the entirety of the developers’ work won’t go to complete waste. From the trailer, you can see an arcade machine is present, with a very evil presence. Evil arcade machine out to kill, or a portal for something else..? Do you dare dive back into the zombie and fanatical infested world of Dying Light Hellraid DLC this summer?