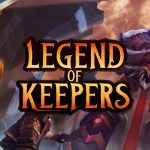 Have you ever wanted to manage your own dungeon and a squad of demon to fend off greedy goody-two shoe heroes? You’re in luck! Legend of Keepers will scratch that itch. Continue to read below for LOGNET’s first impressions.

Company Man Through and Through

In Legend of Keepers, you assume the role of a dungeon manager working in the corporate Dungeons Company. You’re tasked with defending the dungeon’s treasure from heroes. Like any corporation, you’re responsible for hiring different monsters to defend dungeons, while also relying on traps on unsuspecting wannabe heroes. Like any respected dungeon master, you’re expected to motivate your demon employees. Overlying on your top hitters will burn them out and soon enough they’ll be striking demanding better working conditions.

The game describes itself as a mixture between a dungeon defender and roguelike. It’s almost impossible to avoid comparisons to Darkest Dungeon and Slay the Spire, but if ever dabbled in those types of games then they’ll feel right at home with Legend of Keepers. Except you play as the demons defending the dungeon.

Legend of Keepers sports charming pixel sprite graphics. Characters are well animated and the effects have definitely improved with the latest update (0.7.0.4). Blood splatters where it should and animations are smooth and don’t disappoint. Scaring heroes is not only rewarding but also hilarious! Even the voice-overs are pleasantly comedic, reminding players that the company’s bottom line always comes first. The game doesn’t take itself too seriously in its presentation and that’s a welcomed change of pace.

There are three distinct phases in Legend of Keepers. First, the dungeon defense prep stage, where the Dungeon Master must deploy their roster of demons and traps to fend off attackers. Dungeons typically consist of multiple rooms that either contain your demons or traps.

Each room can have a maximum of three demons in the front, middle, and back positions. There are strategic considerations to make during this stage. Demons can come in the DPS, Tank, and AOE variants, each with their own strengths and weaknesses. Their placement is essential to get a good defense run.

The last room hosts the treasure along with the Dungeon Master, as the literal the last line of defense. Currently, only Slaveholder is available, while Sarel the Enchantress and Lira the monkey Engineer will release later on.

Punch in and Defend the Dungeon 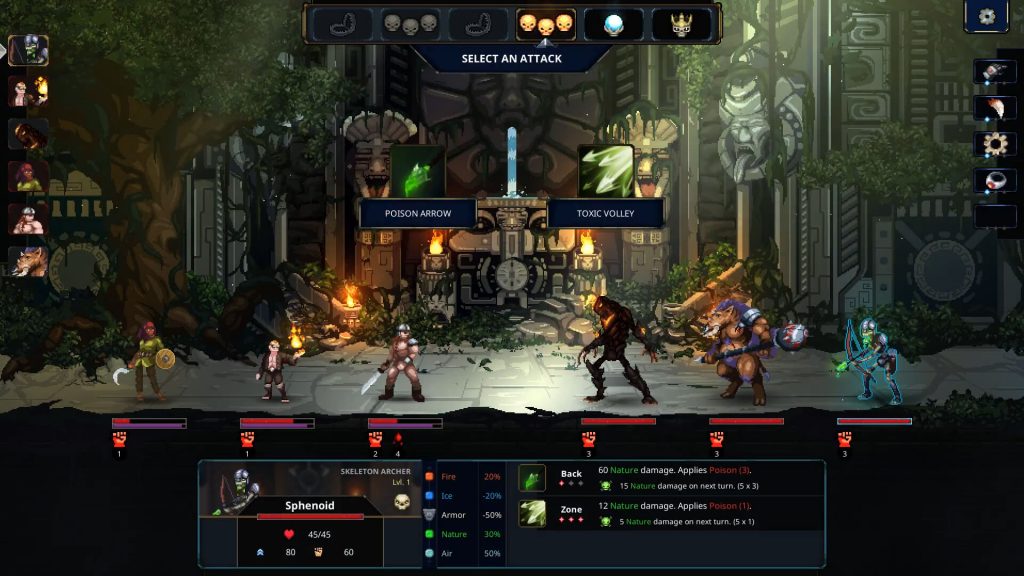 The second phase is the actual dungeon defense. Combat in Legend of Keepers is turned-based where players select a card for a particular skill or attack. There’s a heavy emphasis on attacking certain target – front, back, or all three– where status effects can make or break your defense.

Enraging your demons will pump them up and increase their attack damage. But, heroes too can also rely on this particular buff. Debuffs such as bleed, poison, slow amour damage, and much more. You can even demotivate enemy heroes by scaring them with skills and traps. Do this enough and heroes will comically retreat the dungeon.

If the heroes scrap by all your deployed demons and traps they will meet the Dungeon Master in the final room. Naturally, the DM is OP as hell, their attacks and skills are really on another level. The DM’s health gradually regenerates between dungeon defenses so it’s best not to rely on them too much.

Successfully completing a dungeon defense opens up a choice for one of three rewards, usually a new demon or gold. Sometimes the gold is enticing since it can be quite rare to accumulate over time, so choices definitely have a significant amount of weight to them.

The last phase is where the corporation steps in. Here, you’ll be making key decisions to randomly generated branching choices. Pushing your demons too hard will burn them out and make them revolt, so it’s best to rest to keep them motivated. The descriptions are actually quite humorous and enjoyable to read. Do you want to send a couple of your demons off to plunder different areas? If yes, then they will be unavailable for a couple of defense runs. How about sending a demon on a business retreat to develop their skills? Why not throw a few gold at the Engineering department to upgrade one of your traps? And which demon will you upgrade to face tougher heroes in the future? Every decision is yours and yours alone.

Moving Up the Ladder 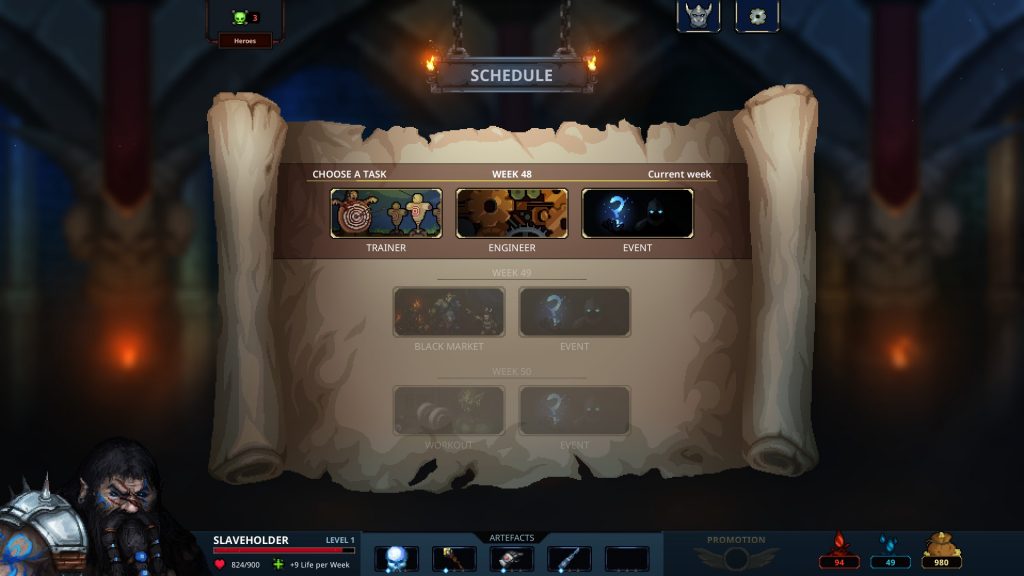 The aim in Legend of Keepers is to get promoted and climb up the corporate ladder, rewarding you with more blood, tears (both are crafting materials), and gold in order to create an All-Star demon squad. Keeping your demons motivated without burning them is a delicate balance, especially as the game rakes up the difficulty. Naturally, as you move up the corporate ladder the game gets more difficult.  Every time you complete a year in the Dungeons Company, you have to assign yourself a weakness to contend with for the next 52 weeks.

Last Take on Legend of Keepers

For someone who hasn’t dabbled much with the tactical dungeon management genre (these game genres are getting nuts these days!), Legend of Keepers was a welcomed change of pace.  While it’s obvious the game is influenced by titles such as Darkest Dungeon, it did so with its own identity. However, since the game wasn’t a genre that I’m too familiar with, it didn’t keep my attention for too long. But that’s a me problem.

The game is currently in early access, but developers, Goblinz Studio, are very active with their community. They and take player feedback seriously, which can be seen in the patch notes. Overall, if you’re familiar with the genre, Legend of Keepers seems to be in it for the long run.

Interested in Legend of Keepers?  Be sure to check it out on Steam here.