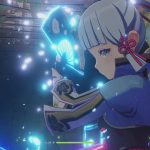 Open-world action RPG Genshin Impact will be hosting its final closed beta later in 2020, and it’s coming to PS4.

Developer and Publisher miHoYo announced they will be holding the Final Closed Beta for its upcoming action RPG Genshin Impact. The beta will be coming to PlayStation 4, PC, and mobile platforms in the Q3 timeframe of 2020.

Starting Friday, May 15, players can register for the beta via the game’s official website: genshin.mihoyo.com. The announcement comes a few months after the Genshin Impact’s last beta back in March for PC and mobile. We participated in the beta and came away from the experience with very positive impressions. You can read more of what we thought about the game here.

Featured in the Final Closed Beta is a cross-platform co-op mode. So now players on PC, PS4, and mobile can team up and take on challenges. With this new feature, we will finally be able to see how team synergy in the multiplayer field will work.

Regarding player feedback, Producer Hugh Tsai said the team has been listening and will be implementing some changes and optimizations in the new beta. More details surrounding the final beta will be announced soon.