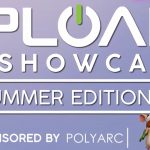 As part of the All Digital E3 Replacement Events, today was the return of the yearly UploadVR showcase. An event that is dedicated to Oculus, Steam, and PlayStation VR platforms. The entire 45-minute event can be seen in the video above. We have highlighted some of the games below.

A new game from First Contact Entertainment. The developers of Firewall Zero Hour, arguably the best multiplayer game on VR. Their new eight-player multiplayer shooter will be set in a sci-fi setting. Also, it will be coming to Oculus in August. Followed by PSVR later this year.

A horror game by Fast Travel Games and Paradox Interactive. Wraith the Oblivion Afterlife will be coming to all major VR platforms this August.

An update to the existing game coming this July. Saints and Sinners have quickly become one of the most popular PSVR titles.

Jon Favreau is directing this adventure VR game. This game was the original inspiration for Baby Yoda. This was one of the more subtle moments during the UploadVR Showcase. Do they have the inside track on the inspiration behind Baby Yoda?

Coming to PSVR on July 28th. Shortly after that this summer, their 6th expansion hits PC VR platforms. The new expansion is titled, Heart. It features some softer music as well as water guns. This was a big moment for PSVR fans during the UploadVR Showcase. This will be a big title for PSVR this summer.

Death Stranding’s Norman Redus showed off his makeshift at home VO studio where he is recording dialog for the game. Walking Dead Onslaught is coming to all major VR platforms this year.

Blaston is a 1v1 combat game where two players or bots in VR are on opposite posts of each other. The goal is to reach a score that eliminates the other player. This is like the old American Gladiators fighting each other on two posts.

Vacation Simulator: Back To Job

Upcoming expansion where you head back to work under the Vacation Simulator platform.