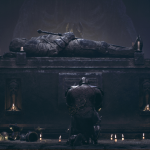 Mortal Shell, the debut title from studio Cold Symmetry, was shown with an incredible new trailer. Mortal Shell is a strategic RPG with a striking God of War meets Dark Souls aesthetic in which you appear to play a resurrected corpse who has recently emerged from her sarcophagus. 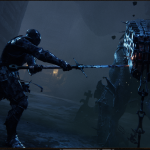 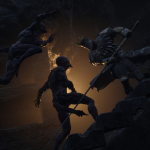 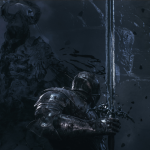 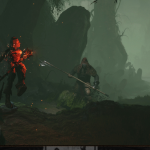 The game has been in development for just over two years, but has been silent outside of the announcement teaser. Finally, after this first day at the IGN Expo, we have more details about Mortal Shell. This is confirmed to be a game that deeply takes after Dark Souls. You are set on a journey in a deep and terrifying world, encountering many beasts and monsters. From what was shown via the gameplay stream, Mortal Shell looks to immerse a player in a detailed world.

The combat looks to be smooth, yet not exactly akin to Dark Souls. The developer team is a little small, so they decided to focus on a more concentrated world. A world where it is quality vs. quantity. The player’s experience will center around a central hub that is linked to levels that may be chosen in any order you wish. For more information, you can watch the trailer below as well as the full interview here. Also, there is a beta you can sign up for that is running from July 3rd – July 10th. The beta will only be running on the PC platform. Keep an eye out on their social media channels, as well as their discord fo chances to obtain one.

Make sure to follow our complete coverage of the summer of virtual E3 with our comprehensive event tracker.