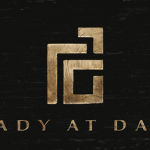 Ready at Dawn is a very versatile studio. They have been an early innovator in the VR space with games like Lone Echo. They worked on handheld spin-offs of PlayStations God of War franchise. God of War: Ghost of Sparta was a fantastic PSP title. While they also found success with their cult classic on the PS4 The Order 1886. Which as the game has aged more and more people have become fans of the title. Many fans have been asking for a sequel to the game over the past few years. However, due to some news today it seems like this won’t likely happen anytime soon.

Today, in an official blog post it was announced that Ready at Dawn would be joining the Facebook Gaming division. There have been rumors circulating for quite some time in regards to a major player purchasing the California based studio. While many had assumed it would be Sony, its not surprising to see Facebook step up to the plate. Mike Verdu the VP VR/AR Content at Facebook had this to say about Ready At Dawn joining the team.

Ready At Dawn is a veteran game developer, having shipped games to multiple platforms in the past, and a VR pioneer. They’ve created four games for the Oculus platform since 2017, including Lone Echo, Echo Arena, Echo Combat, and Lone Echo II (currently in development), all of which feature Ready At Dawn’s signature zero-g continuous locomotion system and full-body IK (inverse kinematics). With Facebook’s latest advancements in VR technology, Ready At Dawn can readily explore a future of rich and immersive original VR content.

As Facebook continues to acquire more and more VR focused studios. The competition in the VR market continues to heat up. It will be interesting to see how all of this will pan out in the long run.

What do you think of Facebook acquiring Ready At Dawn? Let us know in the comments and don’t forget to check back for the latest gaming news and information.