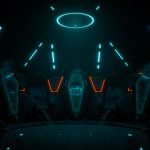 You are reading
Hubris Review 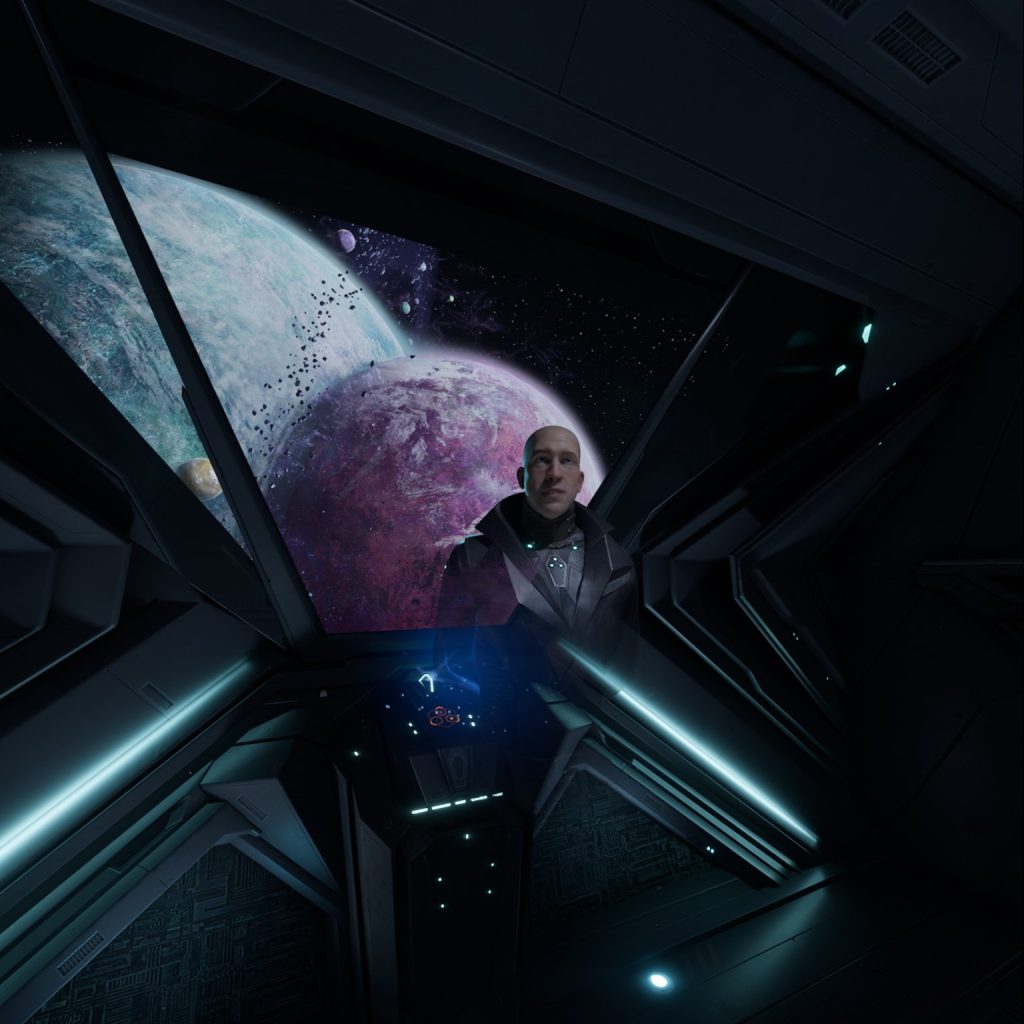 In the sea of half-baked VR titles, Half-Life Alyx arrived a few years ago as a promise that VR indeed can produce AAA blockbusters. However, a true contender still did not arrive. Or possibly it has. Read on to find out about how Hubris stacks up.

Hubris is a VR action-adventure game in which you take on a role of a space recruit of Order of Objectivity (OOO). Together with agent Lucia, you fly through space en route to a planet where you are supposed to meet a mysterious agent Cyanha.

As you are awoken from your cryo sleep, you are informed that you are now approaching your destination and your commander appears on the hologram to brief you. However, the voice acting leaves much to be desired.

I cannot tell if this was intentional or if this voice actor was that bad, but I desperately needed a skip sequence button. That’s how bad it felt. Luckily, after the game picks up the voice acting picks up as well. The commander from the hologram never appears again and agent Lucia’s voice actor is quite good. And this is really important because agent Lucia, your commanding officer who will guide you on your missions, talks to you during the whole game. Although her voice actor is good I feel like the game audio director used too many spaces in the conversation. It made the conversation between characters needlessly unnatural.

The introduction to the game is a bit cliche, borrowing story elements from well-established Sci-Fi franchises. Think of games like Dead Space. There is a problem with the ship during landing or docking at your destination. Then all of a sudden, you get overwhelmed by unexpected murderous creatures.

The game is set in a Hubris Sci-Fi universe which promises multiple entries in the future. Indie developers Cyborn have left a bold mark in the world of VR action-adventure storytelling and VR mechanics. Once you start the game you will be greeted with the typical introduction to the basics.

From the get-go, you will end up in the water where the game presents its unique take on swimming and diving. These VR mechanics are incredibly well implemented and natural, and if I could score each part of the game separately I would say that swimming/diving mechanics are highly intuitive and a learning curve is nonexistent. You just start swimming as you would in real life and controllers pick it up every time. 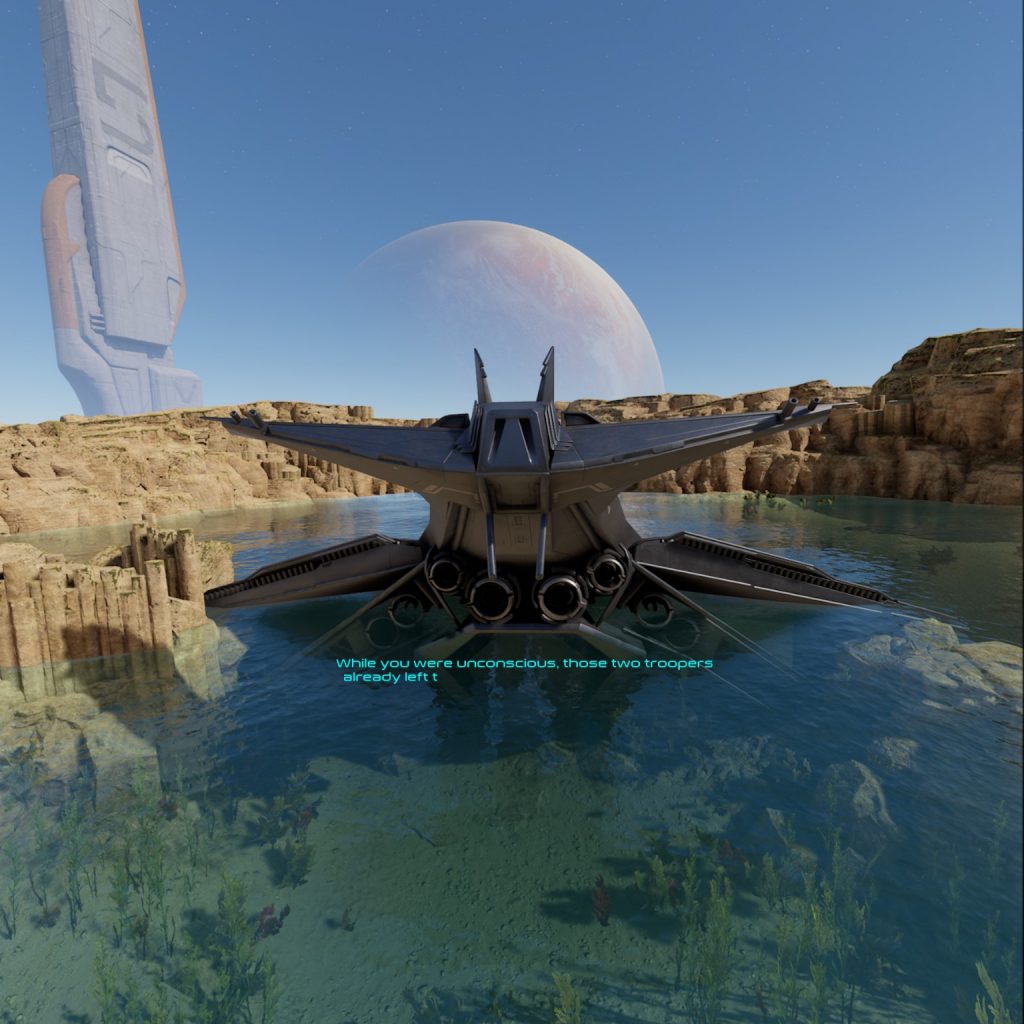 The next VR mechanics I really enjoyed was climbing and rope-based mechanics. There are a lot of places where you need to hang from the wall, or various pipes and ledges. This also functions very well. The game gave me good feedback when I grabbed the ledge with my next hand so I was always sure that it is safe to let go of my previous hand. Think of how you do it in real life and it is exactly the same in Hubris but with haptic feedback providing that you have indeed grabbed it. Think of hanging from the pipe pictured below and completing this traversal section while hanging above an endless hole. The mechanics are intuitive and S-tier level. Just don’t look down. 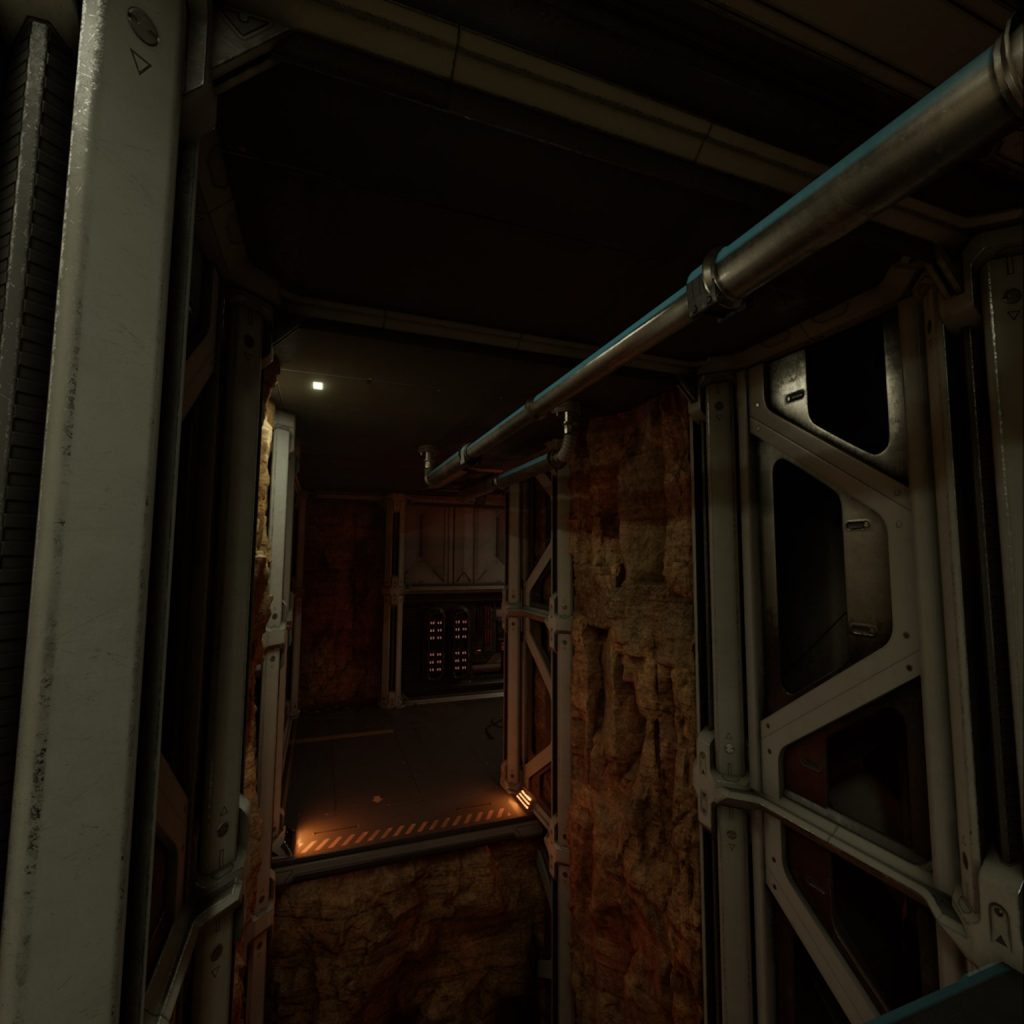 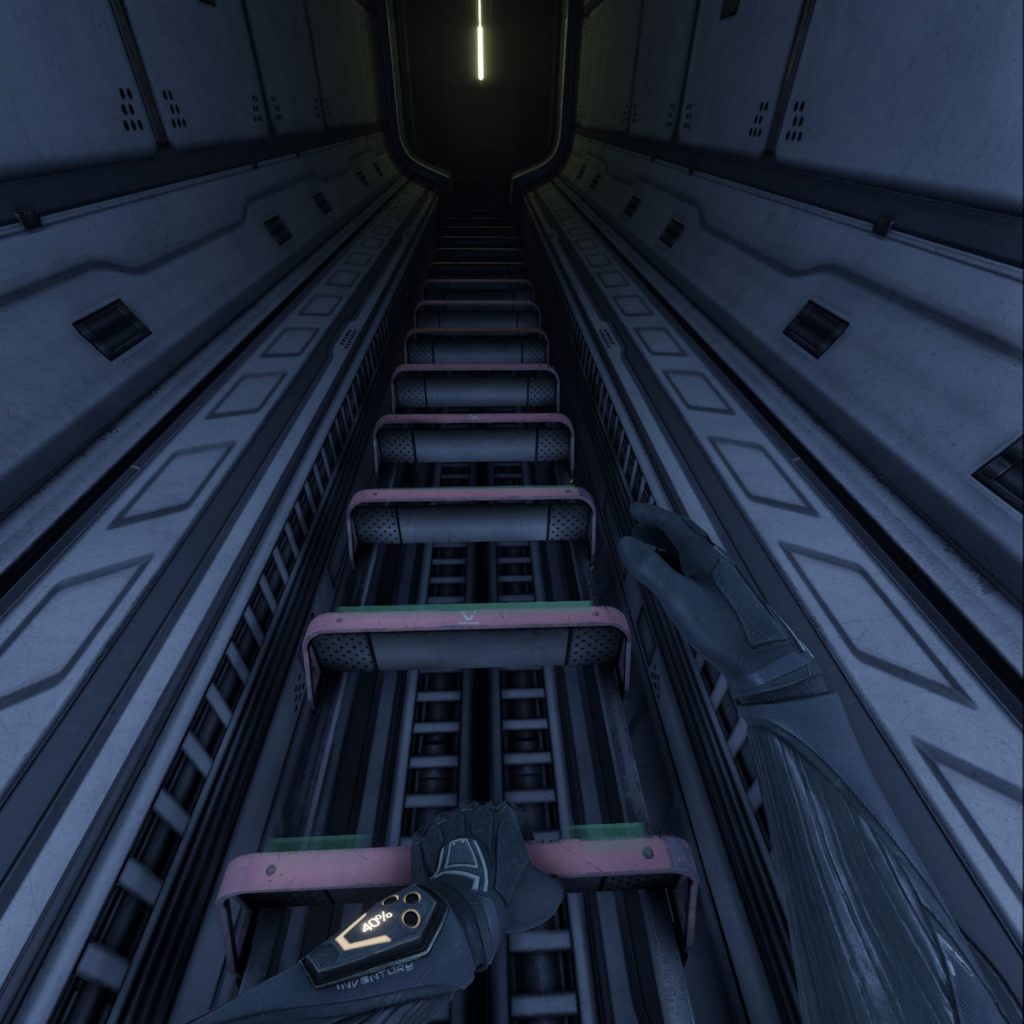 One of the important questions in VR adventures is the rating for how long until you get nauseated. I did not read the official rating for this, but since my VR legs are only half-developed I would give this game a medium score.

The movement hasn’t made me sick at all, but jumping and heights did a little bit. At certain points where a large hole was meant to be jumped over, I had to close my eyes and then jump. This might not get to everyone, but I feel this is worth addressing. It’s not a fault of the game per se, but if you suffer from height vertigo you might want to be cautious and make frequent breaks in your playthrough or try switching to seated gameplay which the game offers as an option. 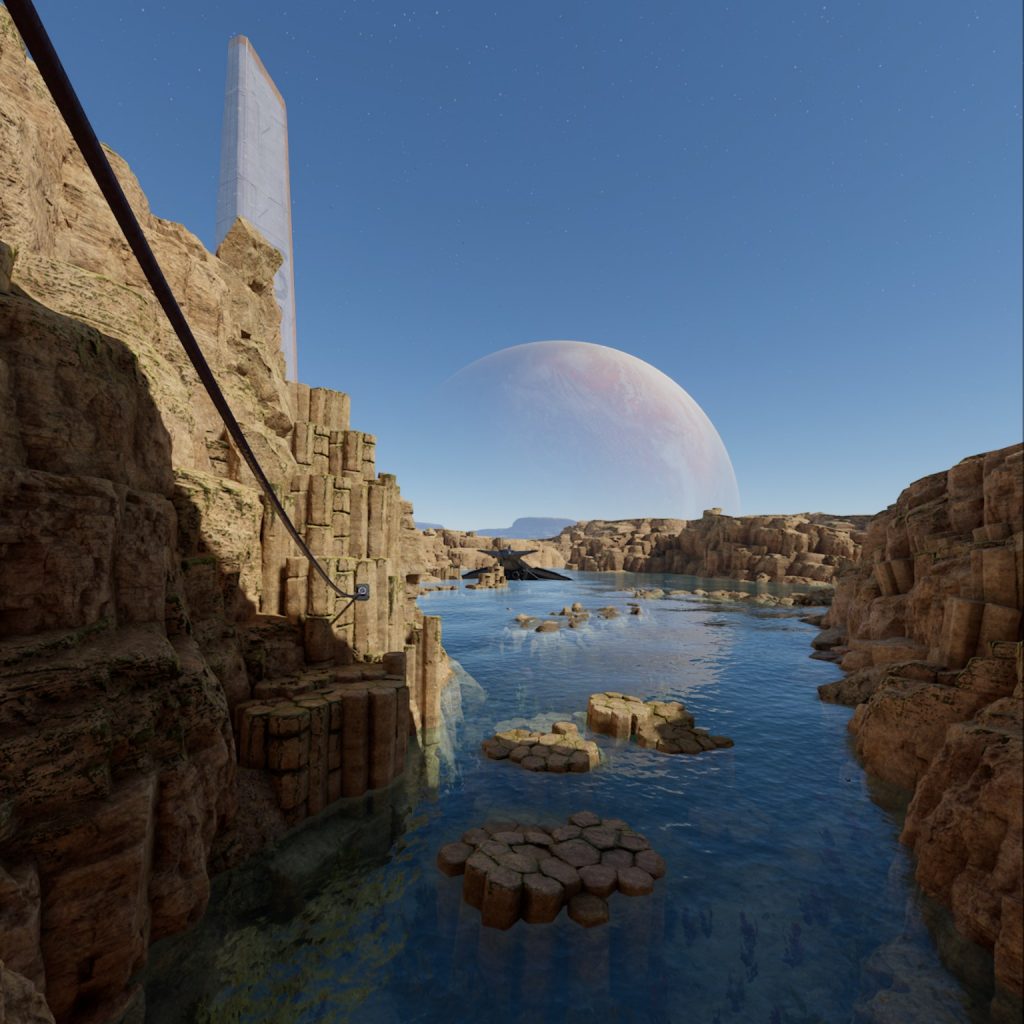 In addition to climbing, swimming, diving, and ledge grabbing, there is also a lot of running, jumping, and tons of shooting in Hubris. As this is an action game you will duck behind a cover because the enemy AI is fairly smart and they will come for you before you got the time to grab your food from the backpack to replenish your health while ducking behind that corner. The game will often catch you in a clutch moment which will make you feel on the very edge. This adds to the sweat and adds to the game’s immersion.

It took me about 8 hours to finish the game on default difficulty. Hubris became harder as the levels progress, only to make me die 6 or 7 times at the same spot near the very end of the game when things got really engaging, as one would expect from an action game.

There were heavily shielded canons on the last level, more shielded enemies, and overall a ton of regular enemies which you would need to account for. All the while crouching behind cover, shooting above cover with one hand, and grabbing and drinking the health replenisher all at the same time. And the best part is that the game expects you to use all of these VR advantages that aren’t possible in a flatscreen game. It feels designed with all that in mind.

Weapon upgrades work well in Hubris. Throughout the game, you will collect materials that you will use to 3D print your weapon upgrades. Fetching things is done magnetically. You reach for it, it gets highlighted and you press the grab button and stash it over your shoulder. This worked incredibly well in Alyx so why reinvent things that work?

The first upgrade I did was an automatic gun. It adds so much to the firepower when you can clear 20 rounds in a row instead of manually firing and reloading three times as often. Upgrading the automatic gun to higher tiers also made a lot of sense to me because it added ammo to the “clip”. But I felt like I wasted my resources on printing the shotgun because I ended up testing it and never using it again.

The way that reloading is implemented is also one of the positive highlights of Hubris. You can tell that the development team has spent time playing VR games and brainstorming how to improve the way the player interacts in the VR world. You raise the gun above your head and listen to the sound of energy building up in your gun. If you only have a second or two for recharging your gun, it will recharge enough to kill that one enemy if you cannot wait for a full reload. But when you are clear of enemies, the sound feedback will tell you when the gun is fully reloaded. Another impressive feature of the game.

Visually, this game is up there with the VR action-adventure top dogs of a much higher budget. So massive props to Cyborn art team for that. World design is detailed and believable, the color palette is unique and works well with the story, and the textures are highly detailed. All this might require a bit more VRAM but it is worth it. 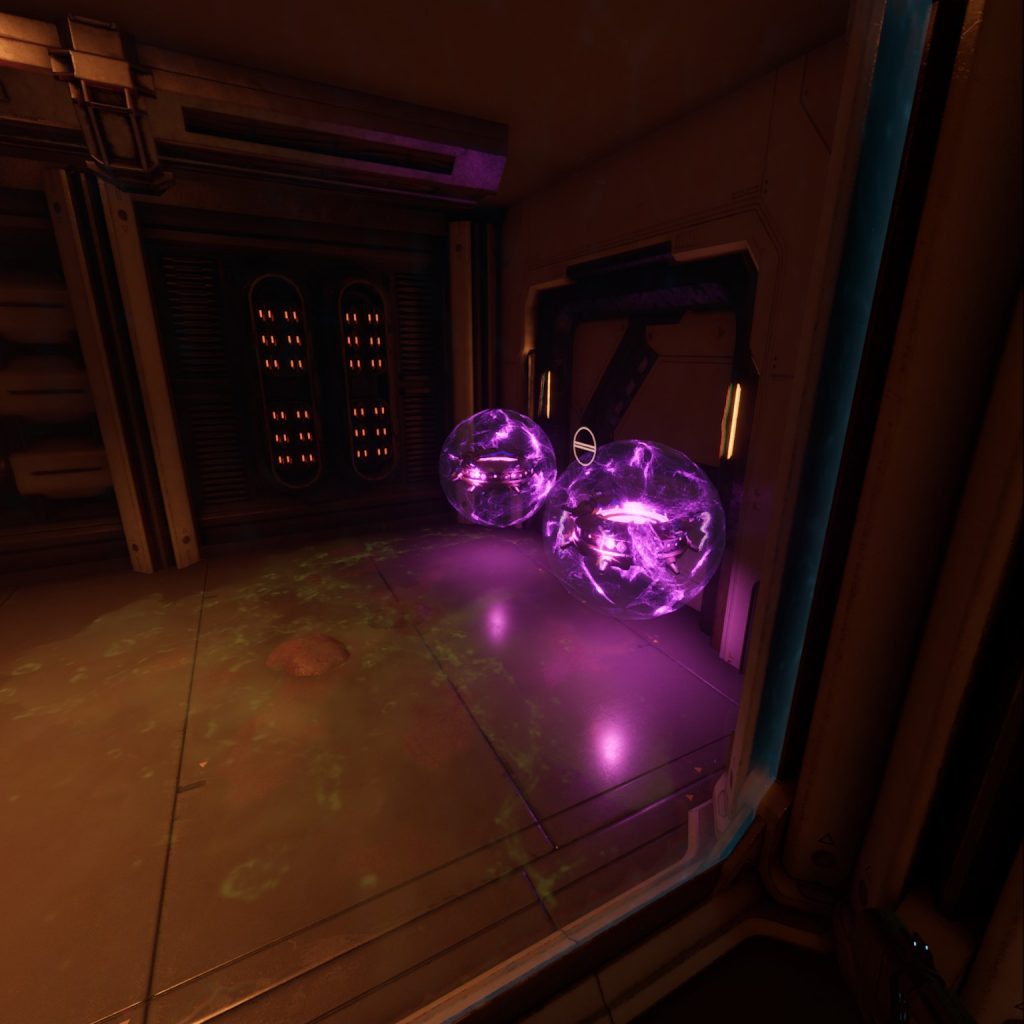 Altogether, I found Hubris to be raising the bar for an indie action adventure. It’s clearly punching way above its weight. If you have been waiting for a true Half-Life: Alyx contender in terms of production value, Hubris might not be exactly on that level. However, it is definitely worth picking up and you will not be disappointed.

The game review code was provided by the developer and was played on a PC with RTX3080, Ryzen 5900x, 32GB RAM, and Oculus Quest 2.

8
A Must Play VR Title