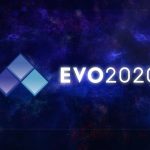 You are reading
EVO Online has been Canceled

Due to the recent allegations against former president Joey Cuellar EVO Online has been canceled. The company has announced that it will be separating itself from Mr. Cuellar as well.

Numerous players including Sonic Fox have announced that they would not be competing at this year’s tournament. Disturbing sexual allegations began to surface earlier this week against Mr. Cuellar. The company went online and posted this tweet below to respond to those allegations.

It is sad to see that this tournament has been canceled. Yet, it is a necessary step that EVO has to take. I’m looking forward to seeing what next year’s tournament will look like with some new leadership in charge. All players that decided to purchase a badge will be getting refunds and EVO will be donating to Project Hope. You can also donate by clicking on the link that provided.

This is definitely a time to take a moment and reflect on those around you. If you know someone that needs any kind of help please take the time to help them. Either by donating some money or your time.

In other gaming news, NBA 2K21 is listed at a higher price for the next-gen version. Horizon Zero Dawn will be coming to the PC in August. We also have a preview of Mortal Shell. Don’t forget to bookmark lordsofgaming.net for all your gaming and entertainment news.