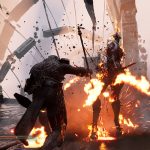 Is this finally it? A game that can properly replicate the feeling of being a souls-like game, without actually being Dark Souls? There are a ton of games out there that do their best to fit into this very niche style. Though of course, only From Software can truly accomplish this, since it is their game. Dark Souls, Demons Souls, Bloodborne, Sekiro, and soon Elden Ring set the bar for the “Souls Like” genre. That does not mean some of these other titles weren’t good, it’s just difficult to properly replicate the feeling of Dark Souls. Those that have played even one of these titles know how invigorating, terrifying, and brutal these types of games can be. 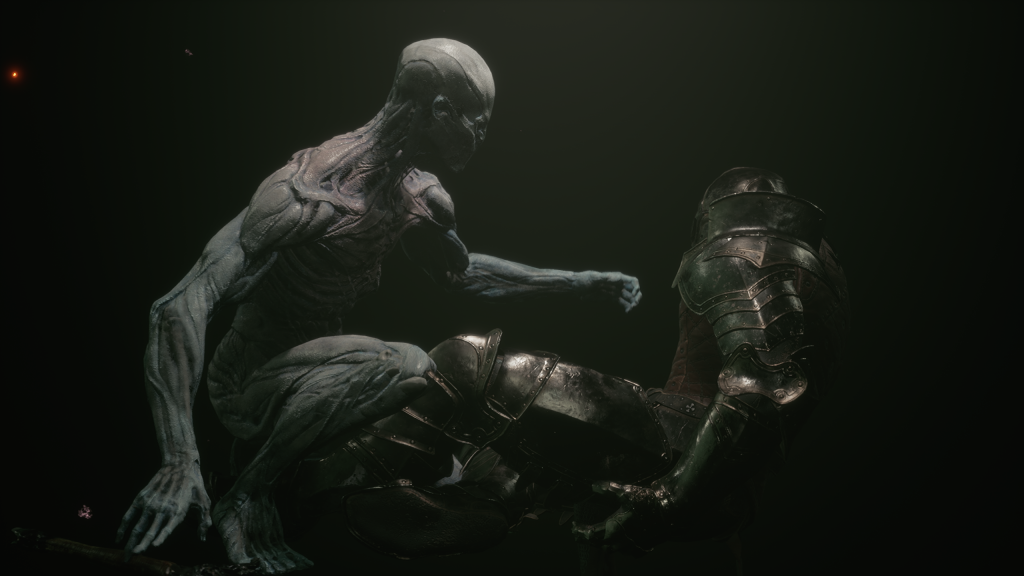 I know many find them very difficult though. To the point of being driven off and never playing them again. There is a reason for the difficulty and why these types of games are so heavily centered around it, but that’s a whole other topic.

“There won’t be any merriment around a bonfire here“

Mortal Shell is a deep action-RPG game created by Coldy Symmetry and Published by PlayStack. Mortal Shell is being created by a small team of only 15 people! Which, after having some hands-on time with the game, is pretty impressive. Let’s dive into the bones of the game that’s hidden underneath that Mortal Shell!

First of all, the preview of the game was specially built. There are absolutely no story spoilers at all, so I can’t tell you a lick of what might happen. And I’m completely OK with this. There will be plenty to uncover closer to launch time. This is also a specially built preview, so what is available will be different in the full game. When I first stepped into the world of Mortal Shell though, two things stood out the most. 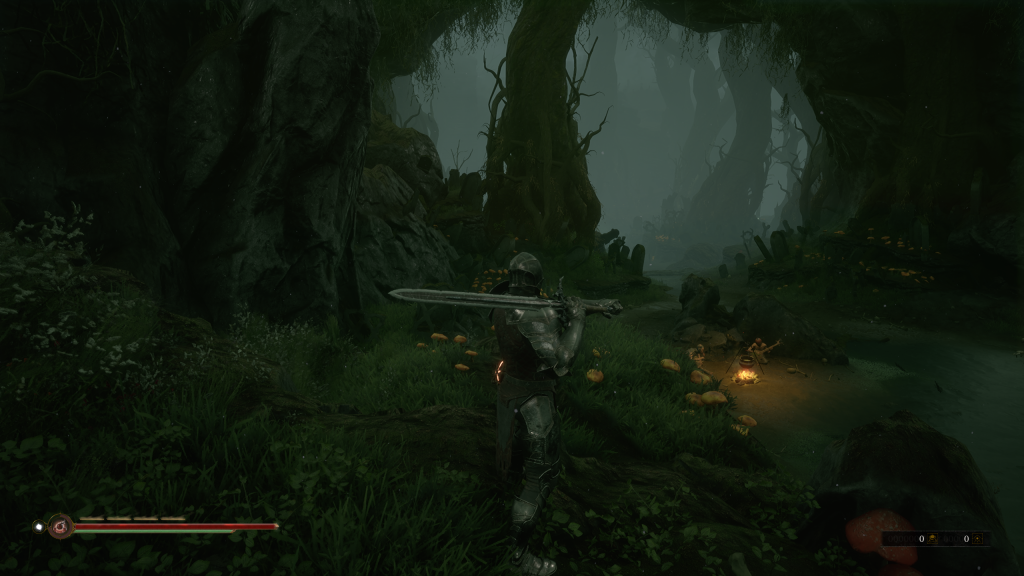 One: Your character. The empty, bone-like, faceless structure of a human figure that has no discernable features. It is both unsettling, and awe-inducing. Your body almost comes straight out of an H.R. Giger film!

This is already off to a good start. The tone of the game already feels set, and shortly after reinforced. A quick gulp by a giant catfish and off you go to the first area. The combat tutorial that you go through before meeting the catfish is simple and effective. There isn’t a whole lot to learn about how Mortal Shell plays, which is good. There is a simple combat system for players to learn, and one that Dark Souls veterans will find very familiar. The pacing of the combat is interesting. It’s not entirely fast-paced, but not slow at the same time, which gives it a very hefty feel to your attacks.

One of the other unique features of this game is “Harden”. A defensive combat ability that will be your bread and butter. This is your form of blocking. It feels a little odd to use at first, but the more you get used to it, the more you find it just “fits”. The flow of combat is not interfered with, and if done right you can go toe-to-toe with some of the bigger baddies without issue. Mortal Shell is feeling great already, especially as you dive into the first area. This dark, ancient, ruin filled forest area called Fallgrim. This is where I obtained my first shell, named Varros. A knight that has long since died in combat.

Ok Fallgrim, show me what you’ve got! As I repeatedly get destroyed trying to get through this first area. It seems I had to make sure I knew how to handle my character in combat. Alright, I see how it is. I like it, I can roll with it. This is starting to feel familiar. In a good way of course. Some of the other notable differences with Mortal Shell are the items. When you first pick up an item you do not know what it does. 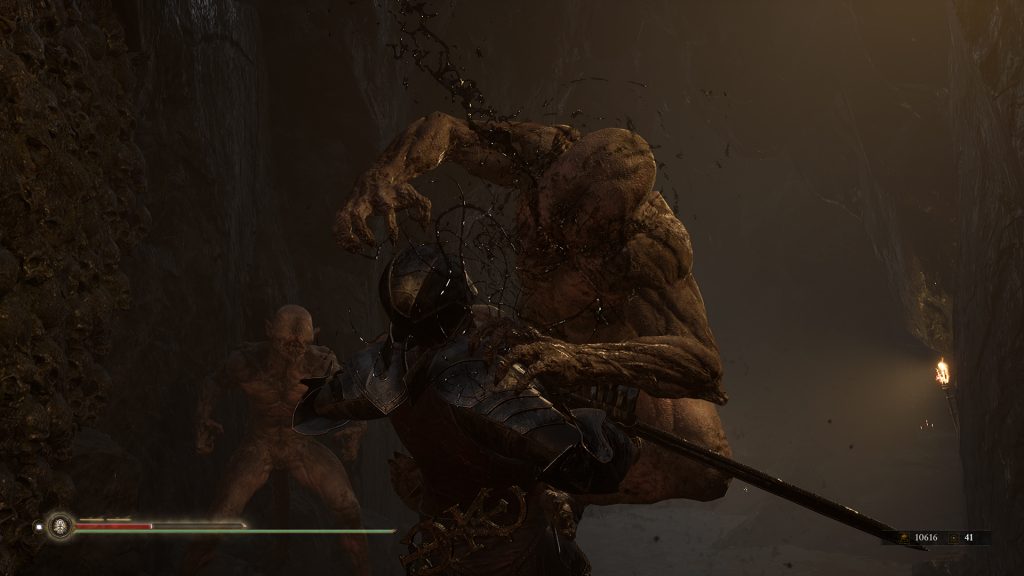 There is a familiarity level mechanic that goes along with items. You find out a little of what the item might do on first use, with the full true effect being discovered at max familiarity. One example is a toxic mushroom called a Tarspore. When you eat it, you become poisoned and take damage. The more times you use it, the more the level raises. At max, you can eat the Tarspore and become immune to poison damage for two minutes. The added unknown factor with items that have vague, lore heavy descriptions drove my curiosity!

There was also a second area that was available to explore. Though it was also not a very large one. This is where you encountered some very interesting enemy types. Notably, one type rips off their head and throws it at you as the body falls to the ground and erupts with a cloud of poison. Ghastly, I know. The difficulty in enemy types definitely ramped up a bit, but nothing that can’t be overcome.

This preview was capped off with an enjoyable boss fight. The Enslaved Grisha! This horrific-looking monstrosity will be the absolute test of your skill. This is where I also found where your skill level can be gauged, and where you can look for improvement. Dodge and harden timing is important, as well as knowing when to output lots of damage before avoiding a hit. You can either stumble and take a long time to slay the monster, fail, or slay the beast quickly. There were times where I found myself having a long troublesome fight, only to come back after a few attempts and obtain victory in what felt like seconds.

At this point, Mortal Shell is firing on all cylinders. Running around slaying enemies, collecting items, tar, and glimpses. Tar is the currency you will collect and spend, the same way that souls work in Dark Souls. Glimpses are a little different. They are a currency, but one spent on skills for the shell you are using, and some other useable items. These are quite important to have and to always make sure you have a consistent stock of. 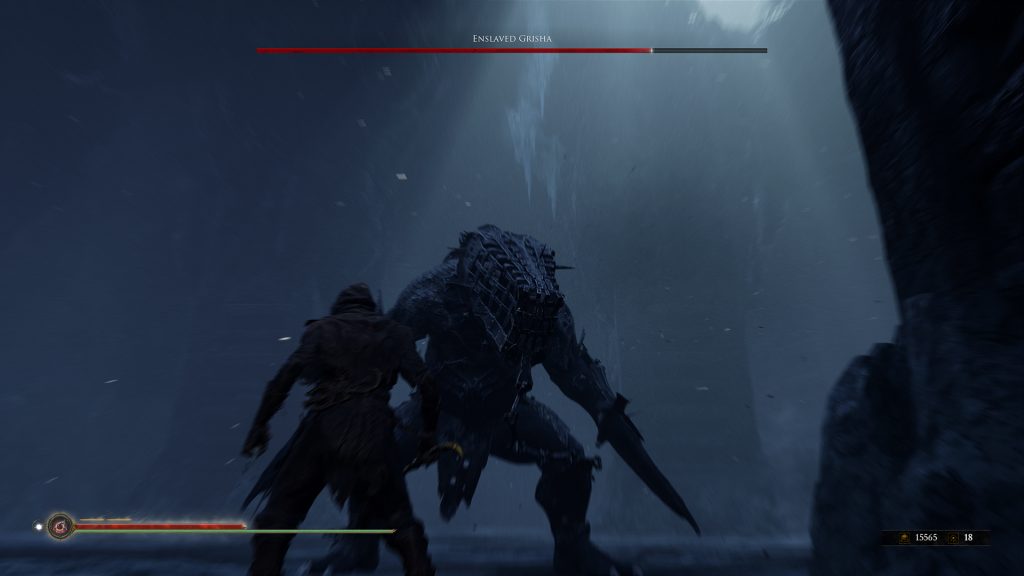 I could go on and on about Mortal Shell and my short experience with the preview. As small of a slice as it is, the preview was very enjoyable. I’ve beaten the full thing five times already simply because I found it to be enjoyable. This was a fantastic taste of Mortal Shell, and to find out how the game plays. As a Dark Souls veteran and fan, I highly recommend you put this game on your watch list. The combat feels great and the enemy encounters are familiar ones with fresh faces (In a good way). By that, I mean these types of enemies in Mortal Shell could fit right into a Dark Souls game. Developers Cold Symmetry is currently hitting all the right marks for this title.

I am a little thankful for this. It is not easy to pull off a game that is as close to Dark Souls without actually being Dark Souls. Drawing from the famously difficult games in a good way without it seeming like it’s a complete ripoff. Mortal Shell currently stands out as one of the most unique souls-like titles out there, and I cannot wait to find out what the full game will entail. Mortal Shell launches on PC, Xbox One and, PlayStation 4 sometime during Q3 2020. There are also chances to play the upcoming beta if you pay attention to their social media channels and discord.