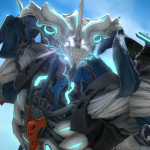 FFXIV Patch 5.3 Gets A Trailer

In the latest Letter from the Producer broadcast, Producer and Director Naoki Yoshida announced Final Fantasy XIV surpassed an astounding 20 million registered players. Moreover, the broadcast also revealed more information and the trailer for the game’s next major update. Players can expect Patch 5.3 – Reflections in Crystal to release on August 11. This comes after Yoshida-san briefed fans on the update’s delay from its June release due to COVID-19.

Final Fantasy XIV Patch 5.3 – Reflections in Crystal is bringing a hefty amount of content to players. A Realm Reborn‘s main questline will see some adjustments to make it easier to play. Players will get the next chapter in the NieR-inspired YoRHa: Dark Apocalypse alliance raid series. Other additions to the update will be main story quests and using flying mounts in A Realm Reborn zones. Likewise, the update will also add new beast tribe and Chronicles of a New Era quests. Unreal Trials will be introduced in the new update, featuring one primal fight set to change each patch. Shiva will be the first primal. 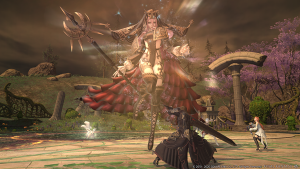 Players new to FFXIV can take part in the expanded free demo available now. The trial will include all content from A Realm Reborn and the Heavensward expansion, up to level 60. This is essentially access to a large amount of free content to one of the decade’s  most critically acclaimed JRPGs. Additionally, Square Enix said all existing and future A Realm Reborn players will also have access to the complete Heavensward expansion.  For Yo-Kai Watch fans, Square Enix is hosting a collaboration event with the series that begins August 19. Players can expect job adjustments among other updates in Patch 5.3.

Final Fantasy XIV Shadowbringers is the third expansion that released in July 2019. It was so impressive, that we had to include it in our Best Live Service Game of 2019 article.