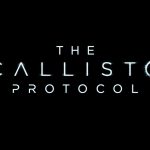 You are reading
State of Play June 2022: The Callisto Protocol Release Date Trailer

Today June 2nd, 2022 Sony held a State of Play presentation focused on third-party published titles. Along with a look at upcoming PS VR2 games. The live-streamed digital broadcast is part of this summer’s Summer Game Fest. With that, we got a fresh look at upcoming PS5 and PS VR2 titles including The Callisto Protocol.

The Callisto Protocol is a third-person, sci-fi, action-survival horror game from the creators of Dead Space. Dead Space is a survival horror series that began in 2008 and earned high praise for its horror elements. This series went on to release three main entries and is set for a remaster this coming January.

This new game pays homage to the team’s previous work in multiple ways. The Callisto Protocol’s space setting and off-center third-person perspective both harken to Dead Space’s features. We will see if the team pulls off re-creating that magic when The Callisto Protocol launches on December 2nd, 2022.