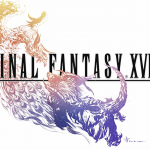 You are reading
State of Play June 2022: Final Fantasy XVI

Today June 2nd, 2022 Sony held a State of Play presentation focused on third-party published titles, along with upcoming PS VR2 games. The live-streamed digital broadcast is part of this summer’s Summer Game Fest. With that, we got a fresh look at upcoming PS5 and PS VR2 titles including a new look at Final Fantasy XVI.

The three-minute-long trailer gave notable new gameplay footage and a significant cut of story beat and tone. It finally ended on a Summer 2023 release window. When Final Fantasy XVI releases next summer it will be exclusive to PC and PS5.