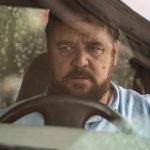 You are reading
Unhinged Makes Millions This Weekend

This past weekend the movie Unhinged decimated the box office with some huge numbers. Remember that during the pandemic bigger numbers usually mean around $800,000. This movie surpassed those numbers brought to us last weekend.

One of those movies that just has an interesting title is Killer Raccoons 2: Dark Christmas in the Dark. That movie has grossed $8,934 in its four-week run. The movie has made some good money for only being in four theaters. The COVID-19 pandemic has brought out some strange movies to the box office list. Some of those include a large number of re-releases that include Goonies, Jurassic Park, and Back to the Future.

DC FanDome released some great trailers and news on some upcoming DC games and movies. The one that really got me excited was The Batman. With the pandemic shutting down movie and TV productions I didn’t expect anything from this movie. The first view of this film didn’t disappoint this lifelong Batman fan.

The New Mutants and Bill and Ted Face the Music will both be getting a limited release this week. It has been a long time coming for The New Mutants. Viewers will be able to see Bill and Ted Face the Music on various online services. One thing I need to explain to you is that some of these numbers will change. That’s why I use the word estimated, last week the numbers changed a little more than I expected and I didn’t use that term. I won’t let you guys down again.