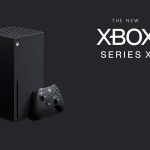 “There are some big-ticket graphics features worth exposing in Direct3D 12, and important enough to be represented in a feature level. There’s a desire to streamline applications who wish to use them, and to make it easier to reason about support for those features on everyone’s gaming environments. Those big-ticket items are

In addition, feature level 12_2 includes a grab-bag of other capabilities, listed out below. As time moves on and newer-feature-level graphics cards become more widely available, application developers’ lives are made easier since a cumbersome capability check can be removed in favor of simple reliance on presence of the new feature level.”

So far it was not clear if Xbox Series X will support this DX12_2 update as the new Xbox console was not listed as supported on the MS dev blog. Luckily, Director of Program Management at Team Xbox, Jason Ronald, confirmed that it already supports it.

Xbox Series X supports all of DX12_2 features on a hardware level. That means better compatibility with the latest PC API and more features that the general public was not aware of. The full list of DirectX 12_2 new features can be found on Microsoft’s dev blog.