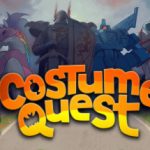 The Games with Gold for the month of October have been officially announced with $79.96 USD of games available free for those who subscribe to Xbox Live Gold or Game Pass Ultimate.

As with every month, thanks to backward compatibility, all four games are playable on the Xbox One. It looks like Xbox is looking to delivery with the spooky feeling of Halloween on it’s offers. So for the month of October 2020 we have:

Xbox describes each game as followed:

Slayaway Camp: Butcher’s Cut
Paying homage to classic ‘80s trash horror, play as Skullface, an adorably demented villain, out to terrorize camp counselors and any other blocky victims he finds. New dimensions of absurd terror and over 300 fiendish puzzles await in this isometric puzzle game.

Maid of Sker
Do not panic, don’t even breathe! Set in a remote hotel with a macabre and gory history, use stealth tactics to stay alive against a cult of sound-based enemies. Inspired by chilling tales in Welsh folklore, do your best to survive and brave the nightmares of the Quiet Ones.

Sphinx and the Cursed Mummy
Inspired by the mythology of ancient Egypt, play as Sphinx, and his reluctant hero friend, the Mummy, as they travel the world to foil the evil plans of Set. Use stealth, agility, and special powers to find the stolen magical crowns of Egypt and save the world.

Costume Quest
Collect super-powered magical costumes and level up your hero in the monster-filled neighborhoods of Auburn Pines. Complete numerous quests, build up your party, and take down evil in the Halloween tale that will capture the imagination of kids and the kids-at-heart.

Don’t forget, there’s also a potential of 3000 gamerscore to add to your profile if you haven’t played any of those games previously. Are you excited about October Games with Gold? You can check out Microsoft’s announcement video below: