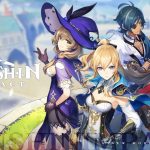 You are reading
Genshin Impact Servers Down Tomorrow

Starting tomorrow the servers for Genshin Impact will be down for server maintenance. Players will not be able to play the game during this time.

The reason for the downtime is to fix some known issues and general server maintenance. Players will be compensated for this downtime that goes from 7 AM UTC to 11 AM UTC. Look for Primogems in your mail after Genshin Impact is back. Players should expect 60 Primogems for each hour the game is down. Unless you playing super early this downtime shouldn’t affect all players. Players need to be above level 5 to receive compensation. Also, players have thirty days to collect those Primogems or they will go away. Don’t forget to claim these free items.

Dear Travelers,
To bring you the best-possible Genshin Impact experience and fix some known issues, the developers will soon perform version update maintenance, during which the servers will be down.

The game has had plenty of updates since it was released. Did you get the chance to see what happened yesterday? We did review Genshin Impact here at Lordsofgaming.net. This is one of those rare free to play games that actually just lets you enjoy the game. Players can use microtransactions in the game, it really isn’t necessary though. I really wish this game could make its way to either the Xbox Series X or Nintendo Switch in the future.

Gaming news this month is starting to ramp up. Players will be able to play Rainbow Six Siege through Game Pass tomorrow. Also, did you see the work that has gone into The Master Chief Collection on the Xbox Series X?