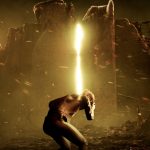 You are reading
The Medium Gets A Release Date

The highly anticipated horror-thriller will launch on December 10th. With the announcement of the release, a new trailer showcases several different locations of the game as well as the music. The game is of course scored by Akira Yamaoka, famed composer to the Silent Hill franchise. The Medium will be released on Xbox Series S & X as well as PC via Steam and Epic.

Discover a dark mystery only a medium can solve. Explore the real world and the spirit world at the same time.

Use your psychic abilities to solve puzzles spanning both worlds, uncover deeply disturbing secrets, and survive encounters with The Maw – a monster born from an unspeakable tragedy.

The Medium is a third-person psychological horror game that features patented dual-reality gameplay and an original soundtrack co-composed by Arkadiusz Reikowski and Akira Yamaoka.

See more at the official website to The Medium.

Let’s Talk About That Reveal in The Destiny ViDoc