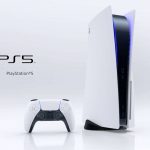 2020 has been an incredibly weird year in terms of video game announcements. With the pandemic changing both PlayStation and Xbox’s way of marketing and revealing new information about their consoles. We have seen some pretty interesting things be announced in incredibly bizarre ways. However, if you had told me that the PlayStation 5 bootup sound would be revealed in a Burger King promo. I would have probably called you crazy, but yet here we are.

PlayStation 5 and The King

In a Tweet from the official Burger King account, it shows a short 15-second clip. The “King” who of course is the mascot of the franchise opening a massive bag. In that bag, a very clear blue light appears and a somewhat familiar jingle is heard. No doubt, there will of course be a PlayStation 5 related Burger King promotion ahead. As we have seen Xbox push forward a big promotion with Taco Bell in relation to the Xbox Series X.

do Whopper sandwiches normally do this? pic.twitter.com/lQhvIEZ2fG

However, what makes this clip much more interesting is that it was then quoted by the official PlayStation account with a simple emoji combination. The clear sign that was shown of the eyeballs emoji and the ear emoji clearly leads us to one conclusion. We have finally officially heard the bootup noise for the PlayStation 5 UI. This is especially exciting, as one of the only things that PlayStation has not openly talked about is the new UI for the PlayStation 5. With this teaser happening, it begs the question if whether we could finally see the reveal of what the UI and Store will look like in the next generation. With only a month until the release of the PlayStation 5, it is an exciting time to be a fan with hopefully some more announcements coming in the next few weeks.