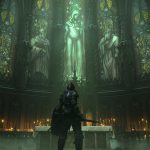 Beginners gather around, as these tips should aid you on your quest to become the slayer of demons. For, Demon’s Souls has been resurrected on PS5, from its resting place on the PS3. And to no ones surprise, the game’s just as unforgiving as we remember.

There’s No Shame in the Royalty Class

Chances are, you will spend a great deal of time trying to decide on your class. There is a number of beginner-friendly options to choose from. One of which being, the Temple Knight who’s high specs in endurance, strength, dexterity and faith. With this class, you can definitely pack a punch but you may be subject to higher damage as a trade off.

The Royalty class is another that I’ll highlight. Mainly because this class is proficient in intelligence, dexterity, faith and magic. The last, being vitally important. When you start the game with this class, you will automatically have a spell called ,”Soul Arrow”, with you. It’s an incredibly strong, ranged spell in the beginning parts of the game. It’s perfect if you want to ease yourself into the game and hang back before you get truly acclimated. 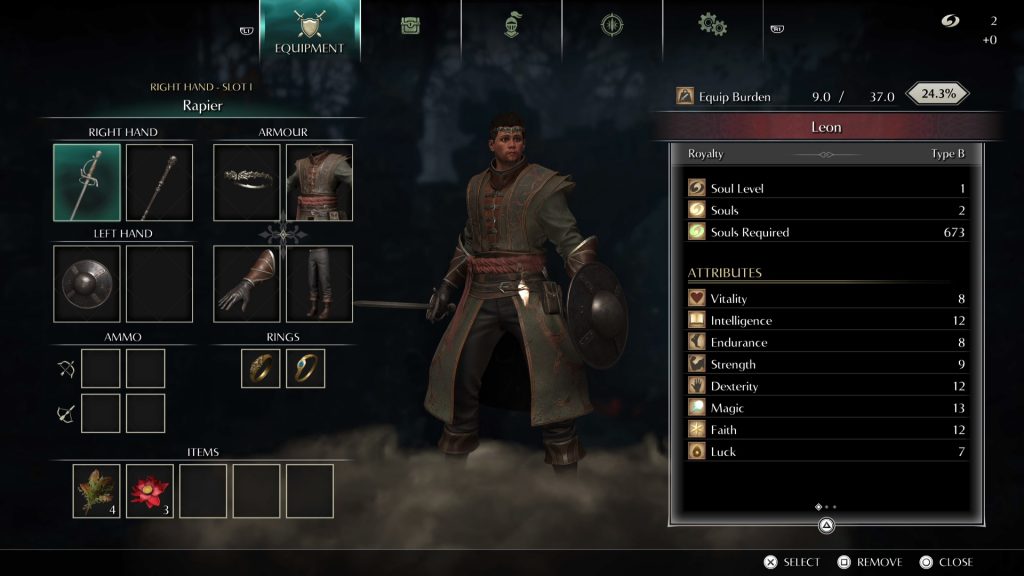 Find What Works for You in The Nexus

After you’ve defeated the first boss in the game, the rest of Demon’s Souls will open up. There are 5 arch stones where you can access the games main worlds, with each having about 3 to 4 sub-levels within them. But, unlike other games in the series, Demon’s Souls follows a more loose path. Meaning you can travel to whichever world you want to next. You may get your butt kicked if you travel to a tougher world first, like the Shrine of Storms, but there isn’t an order per se.

Because there isn’t an order to the arch stones, if you hop in one that proves too difficult, you can also try another. 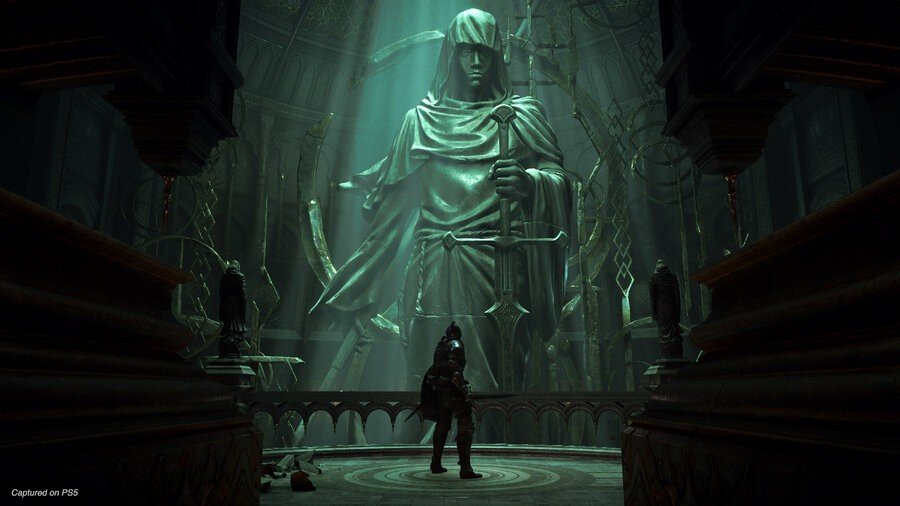 Prioritize What You Are Leveling

Every enemy you defeat in the game will net you souls. You can then speak to the Maiden in Black to cash these souls to level your character up. You’ll have a number of stats that can receive upgrades such as, vitality, endurance, magic, and dexterity. However, the number of souls required to do this will increase with each level. So, it’s important to keep an eye on that number before hopping back into a stage.

When leveling up, you really want to make a plan as to what you want to prioritize. For example, in prior Soul’s games, I typically disregard the magic, luck, faith, and intelligence stats. In favor of focusing on, endurance, strength, dexterity, and vitality. You will have a blueprint for how you want your character to play and sharpening that build into the ultimate slayer of demons by the end, is all the more rewarding.

Throughout your journey into madness, you’ll come across a variety of new weapons. Each weapon has a different advantage in its damage type. For instance, one weapon will have stronger normal damage, while another, will fare better with piercing damage. Yet, the opposite is also true. Enemies in stonefang, for example, may be resistant to normal slashes, but weak to piercing attacks. So, if you notice that your attacks aren’t really doing sufficient damage, this may be something that warrants playing around with to see what works.

This also extends to effects that can be added to weapons or just damage from magic. You’ll find enemies who have a weakness to fire or magic throughout the game. Learning which enemies actually suffer the most from these effects will make your journey a little more manageable. 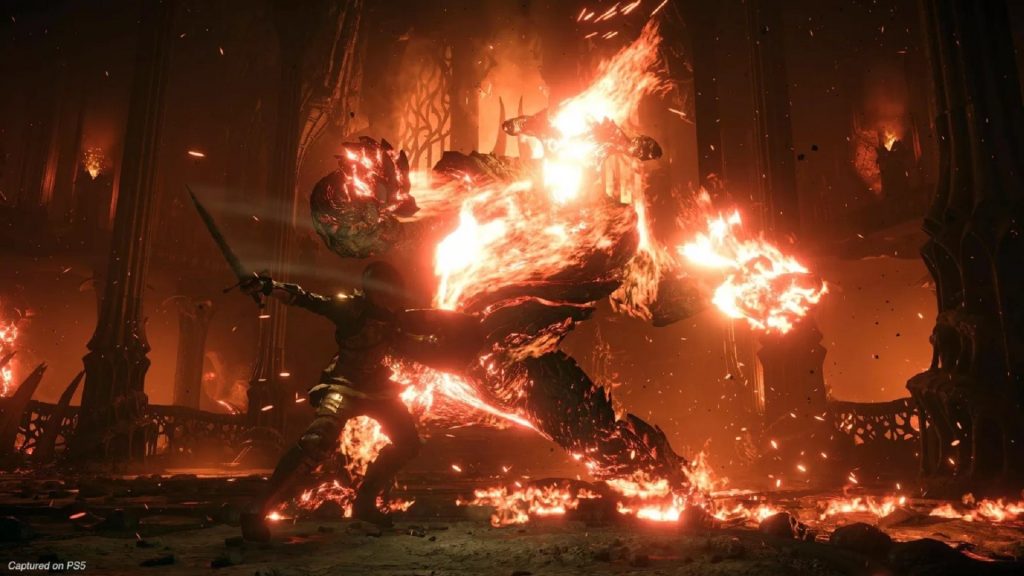 Parries Are A Life Saver

A staple in From Software’s Soul’s series is the parry and riposte mechanic. Clicking the L2 trigger just before an attack will activate a parry and then, you can follow up with a one-shot attack. However, it’s quite difficult to actually nail down the timing to pull one of these off. You’ll want to practice finding the right window to parry attacks with smaller enemies first before moving to the tougher ones.

Enemies can be quite deceitful with their attacks. The timing varies from enemy to enemy. So, it’s important to try to keep an eye on, more so, the ending of their attacks rather than the wind-up.

There’s a nice bit of risk vs reward with this mechanic. If you parry too early or too late, you’ll take damage. But, if you actually manage to pull off a successful parry, you’ll one-shot your enemy. It’s a dangerous game, but if you can practice to a point where you’re confident and comfortable, the reward is well worth the risk.

Immediately after you’ve been killed by the first boss, you’ll notice your health has not fully regenerated. This indicates soul form. Here, your health will be limited and you can’t summon other players to help you on your journey. However, you have to be in soul form for another player to summon you. You can also pick up the Cling Ring, found in the first stage, to gain a little bit of that health you lose while in soul form. Lastly, if you die while in soul form, your World Tendency, will remain unchanged.

You can hop back in body form by either defeating a boss or using the Stone of Ephemeral Eyes. Naturally, there are some advantages and disadvantages in this form too. Full health remains intact, but other players are free to invade your game. These encounters can range from exhilarating to, pulling your hair out, levels of frustration, depending on when the invasion happens.

However, the most important change comes from, if you die in body form, your world tendency will drop to black.

At its core, world tendency is a value that will determine how hard or easy a stage will be. Each of the game’s 5 arch stones has a world tendency tied to it, which ranges from white to black. These values will change depending on how you play the game. Certain actions will cause bigger changes than others, but the biggest difference will come when you hit either Pure White or Pure Black.

Pure White will see enemies play a bit easier than their normal counterparts. While Pure Black will see the same enemies with more health and will deal more damage to you. A major plus with Pure Black, however, is larger soul drops and rare items both getting an increase in drop rates. So, if you actually need to do some grinding to level up, maybe Pure Black is the way to go.

To achieve Pure White World Tendency, you can do so by defeating a boss or beating an invading player. While, Pure Black, will require you to die in body form or kill friendly NPCs. To close, you won’t actually notice these changes right away. Only once you leave the stage and go to the Nexus, will World Tendency start to take shape.

Your Shield is Your Best Friend

You’ll venture through several dark and decrepit areas in Demon’s Souls. As a result, you may find yourself getting caught off guard or surprised by a few sneaky enemies that you won’t immediately see.

To combat this, run around with your shield up at all times, especially through those claustrophobic corridors. You don’t ever want to run into a situation where you take damage because of an enemy who snuck up on you. Lowering your shield will regenerate stamina, so you’ll need to strike a balance between when to lower and when to raise your shield. 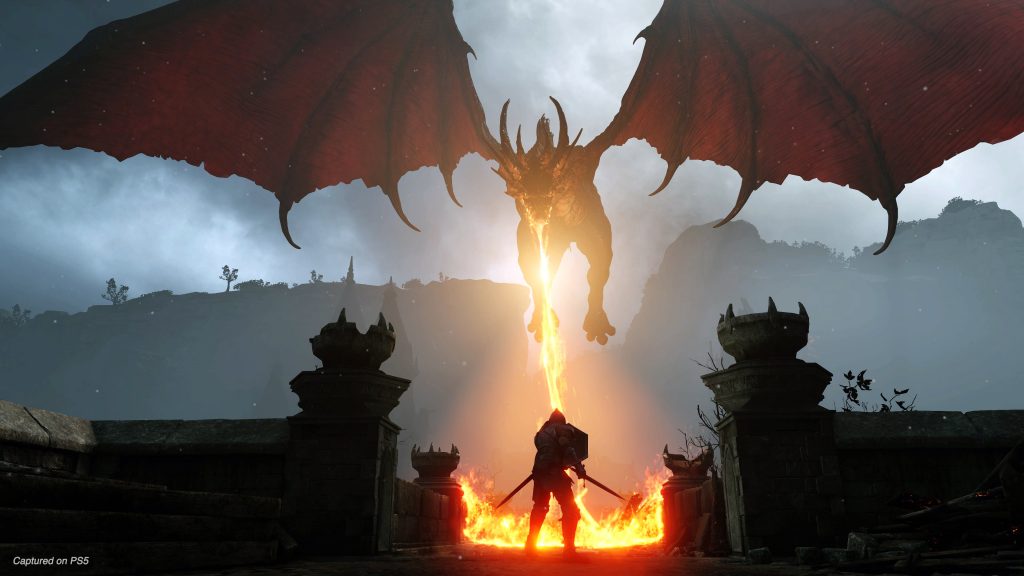 Demon’s Souls without question is a grueling trek into darkness that will test your patience and sanity. But, with an open mind, you’ll be slaying demons with the best of them. Hopefully, these beginner’s tips for Demon’s Souls can adequately prepare you for the hell that awaits you!