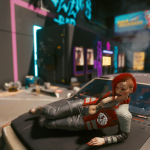 You are reading
Cyberpunk 2077: The First 5 Hours

Without a doubt, one of the most anticipated titles of the year is Cyberpunk 2077. The game has arrived with some controversy, but there is no denying that a lot of players are working their way through it. This includes the staff here at Lords of Gaming. We have spent the weekend playing and wanted to share our impressions of the first 5 hours. 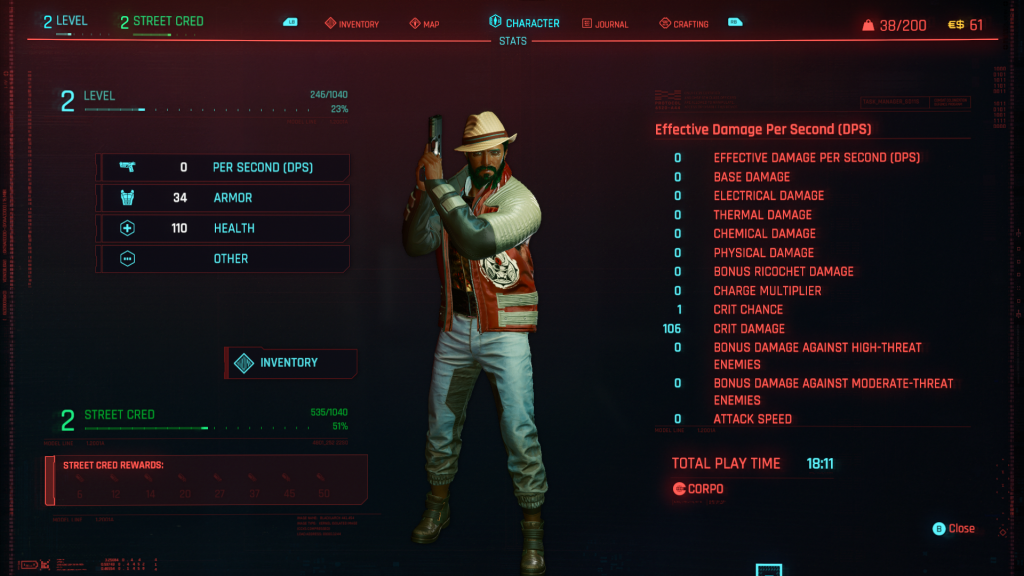 My V is the evolution of today’s Silicon Valley hipsters. He has a Portland lumber jack beard paired with finely manicured fingers and a green ombre that I am sure he thinks makes him look stylish. After about thirty minutes spent with the character creator, I was ready to embark on my journey to the top of the corporate food chain. Or at least I was for the first ten minutes. I was surprised and a little disappointed by how quickly the game throws your ambitions to the side and sends you on a spiral into the seedier side of life.

The opening ‘quest’ may as well be a cutscene, which was disappointing given the number of initial specs I had put into making Hipster V a smooth talking wheeler and dealer. If I would have known how quickly I would be kicked out of my posh lifestyle, I would have gone for the Nomad option instead.

My disappointment was short lived as I became immersed into Night City. I have not felt so inside a specific place since walking into the Citadel in the original Mass Effect. Night City feels so well realized, so intimate and thoroughly designed that I spent about forty five minutes just walking around the city outside my apartment building. This was after I sat in the elevator for ten minutes watching a conversation between a priest and a scientist discussing the merits of digital immortality.

Cyberpunk 2077 feels smart. It feels like the developers took their time in crafting everything about the world to make it a real place. I have limited game time, and typically minmax my way through encounters and mainline story quests. It is a true testament to the developers that I have spent so much time admiring the details. I am enthralled by Night City and my biggest take away from my first 5 hours is I want to spend as much time here as possible 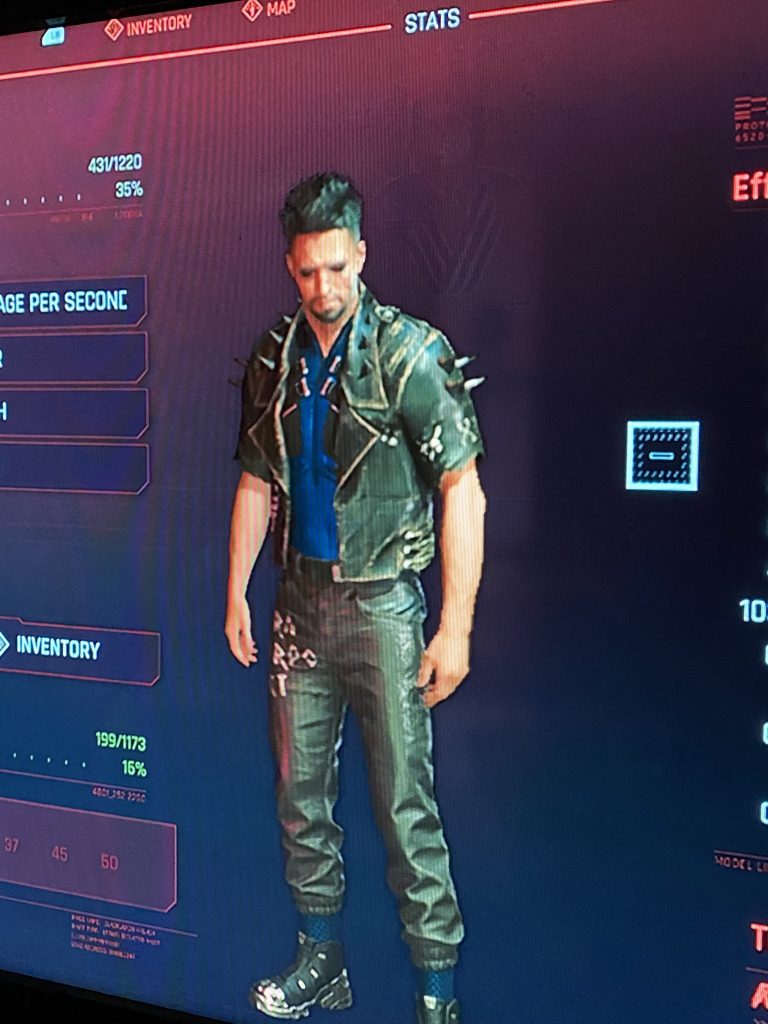 When I first started playing Cyberpunk 2077, I was expecting a visual downgrade. I am playing it on the Xbox One S, so I knew that it would not be the best looking game I have ever played. Playing through the first couple of hours made me think about the times when I would go back and play an older GTA game after years of being away. It gave me a feeling of nostalgia even though it was my first time playing.

Loading in was faster than I thought it would be. Once I actually had a couple of hours under my belt in Night City, I started seeing some problems. If I was either walking or driving around, I would see the game slow down and almost freeze. I thought I was dealing with Watch Dogs: Legion all over again. Yet, the game never froze, it just slowed way down to a point I was not comfortable with.

My first playthrough is with a Nomad character. I started on the limits of the city looking to find Jackie Wells. He and I brought some “lost” corporate goods into the city. We almost didn’t make it, thanks to his driving and my sharpshooting it was easy to get past the border patrol. Once the video montage passed, the story jumped six months. At that time I was given the chance to push the story forward and to just run around Night City.

It took me some time to get used to the gunplay. I did have to adjust the controls a bit, It was moving too fast for me to actually get some shots off. I found out that I am definitely not a fan of the SMG. It rattles way too much and I just did not feel like it was a fit for me. The weapon I am enjoying is the katana. I have spent a good amount of time sneaking around hostile situations picking my targets carefully. Usually, I would just go guns blazing, so this is a pleasant change of pace. Cyberpunk 2077 has really pushed me to be a careful player in this insane world.

At the moment in the story I have met with Dex, and Jackie and I are about to steal some very important stuff. Before I do this I just want to spend a little more time wandering around the city doing some side missions. The game has sunk those hooks right into the brain. I don’t see myself playing anything else for the next 6 months. Thank you CD Projekt Red for spending eight years in this game. It is worth every minute. 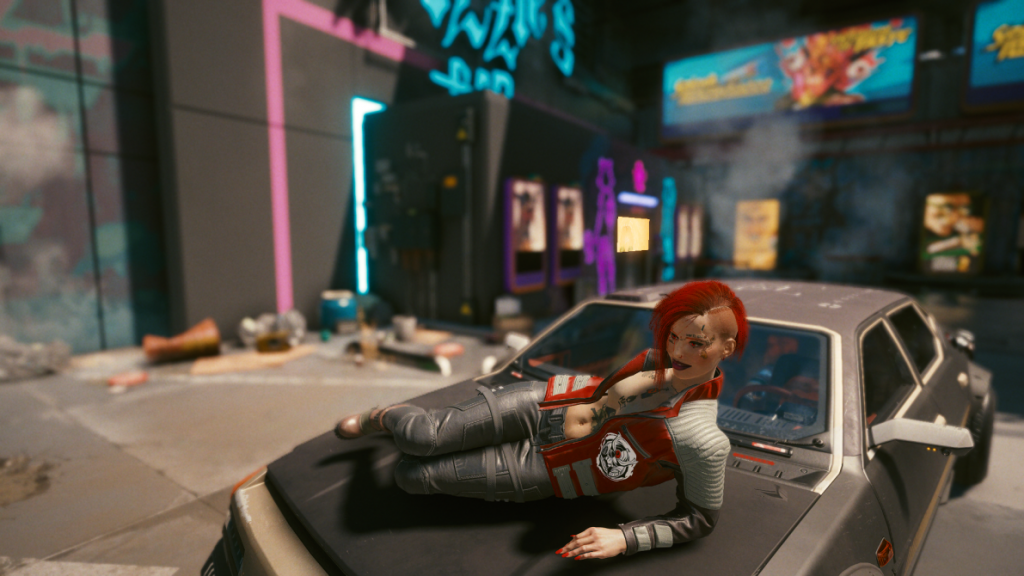 Cyberpunk 2077 was one of my most anticipated games. It is one of those titles that you just know is being made for you. RPG elements? Check. First-person combat? Check. Open world and the freedom to pursue quests in any order you feel like? Check. Cars? Check! Not to mention insane marketing and the goodwill which CD Projekt has earned with The Witcher franchise. Yes, the Witcher 3 had plenty of launch bugs and yes, I expected nothing less from Cyberpunk. I was not disappointed. The game launched with bugs, but I only have PC perspective and I can’t say that there were many of them. The first time I ran the game, two guns where floating in the air for no apparent reason and the second time my car was parked half a tyre height above the ground, floating until I entered it.

It took me about half an hour to create my character, and I must say that I am pleased with the way that my V turned out to be. I spent another two hours trying to set up ideal graphical settings for my computer with and without the raytracing simply because the game is very demanding and my PC couldn’t handle the highest possible settings so a compromise had to be made. In the end, I just settled for a high preset which is a lot less demanding than ultra.

I chose to be a nomad. It felt right in my mind, at least for my first playthrough, and I was happy to learn that the introduction story revolves around my choice. The intro gameplay is about half an hour long before V finds herself in her apartment for the first time. It gave me a good glimpse into what might be waiting for me further down the road while being interactive too. This is also the first time I found a bathroom mirror to confirm I made the right choices in the character creator. What was surprising is that the mirror required no raytracing hardware, but it acted as if you had it enabled. Brilliant trickery.

As a PC gamer at heart, I approach all new games with a mouse and keyboard by default. It is natural to me most of the times. Cyberpunk 2077, however, made me switch to a controller in a matter of minutes. Probably because of the car ride in the beginning but the general feeling is that the gameplay is just too slow for a mouse and that it was made for a controller input with mouse and keyboard as an afterthought.

Graphics are a different story. Honestly, I had expectations about graphics in this game which were exceeded by a long shot. The open world is expansive both on the ground level and to enormous heights. It is loaded with vehicle traffic and pedestrians all with phenomenal lighting effects and great attention to detail everywhere. Trash cans, graffiti, DIN specification of the manhole cover on the road, just to name a few. Graphically this game truly is a testament to the love which the developer has invested in it.

I didn’t make it through too much of dialogue in my first few hours, but the character build-up was already well underway and I can tell that they were crafted with personalities. Personalities you are going to love and hate, but ultimately enjoy interacting with on one way or another. 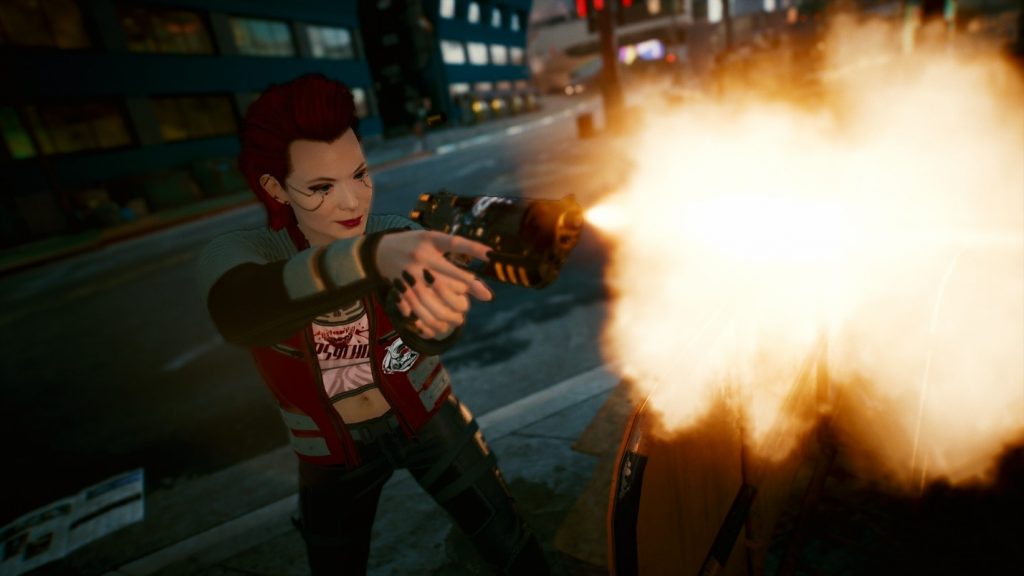 When you have a lot to talk about, start with the novel stuff. For example, Cyberpunk 2077’s photo mode. For the most part, CD Projekt Red put in a well-detailed photo mode with the standard modifiers like highlights, contrast, etc.. This photo mode, however, introduces pre-generated camera angles for photographers to click through before wrangling the camera themselves. It is the nicest detail I never knew I needed in a photo mode.

Gameplay wise, Cyberpunk 2077 DNA has notable traces of Bethesda RPGs (namely Skyrim and New Vegas) and Wild Hunt (duh). Much like Skyrim and New Vegas, you level your stats through usage. You get HUD pop-ups when you level up a skill in the same way. Further, CD Projekt Red somehow took Skyrim’s bandit hideouts that you can infiltrate and made them work in Night City. So far I have only seen one, but the similarities were clearly there.

As we’d expect from its developer, The Witcher III: Wild Hunt’s writing quality lives on. Not only do side quests have phenomenal payoffs, but even passing conversations can be profound. These payoffs consistently stick in the player’s mind for whatever emotional reason. Sometimes, players will regret what they just done. Other times, random conversations will worm into players’ memories. After five hours, it’s easy to tell that CD Projekt Red still know how to write smaller stories to build an amazing world.

In my five hours, I saw some bugs (pre-Day One patch) or technical hiccups, but nothing game breaking. Regardless of the bugs, I could never imagine playing this on the Xbox One. No, this is not just because of the recent reports about its performance which went live on launch day. Back when I still played on my launch window Xbox One, I had major technical issues running Sea of Thieves at times. Rare’s pirate sandbox had load time and texture loading issues on the Xbox One. Keep in mind, Sea of Thieves is a sparsely populated game. Now compare that to Cyberpunk, with skyscrapers, massive crowds, and seamless framerates. Don’t forget the gaudy, blaring holo-ads and other holograms either. On the Series X, the game performs well, but I know my seven-year-old Xbox One would have crumpled like a wet paper ball under that pressure.

There’s so much more to talk about in Cyberpunk 2077, even just from five hours. Playing the Corpo life feels like a redemption arc in my head. Night City reminds me so much of Los Santos already, even though I have only been in one major area of the world. Obviously, I can’t say where this ranks between Skyrim, Wild Hunt, or New Vegas yet. What I can say, however, is that CD Projekt Red has me biojacking into Night City for at least a solid month right now, and much like their last effort, I could see myself playing on and off for about a year.