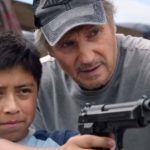 You are reading
The Marksman Continues to Dominate the Box Office

This weekend The Marksman was able to stay on top of the box office. Wonder Woman 1984 dropped down to the third place. It was only a matter of time before that movie dropped down the list. One of the worst comic book movies that I have seen in a long time.

Fans did flock to the theater to bring The Marksman $2 million dollars. This film is sitting at $6 million domestically. It has yet to have a foreign release, so the world-wide total is the same. Wonder Woman 1984 was able to gross $1.6 million this past weekend. Currently, this film is sitting at $37.7 million domestically. With a worldwide gross of $148 million. This is well under what Warner Bros. Pictures was hoping for. With the pandemic still affecting so much of our normal life, it really is a good amount.

The Croods: A New Age is still making money in its 9th week in the theaters. It is currently sitting at $41.8 million domestically and $139 million worldwide. This isn’t counting all the money the movie has made being released through Video on Demand. Monster Hunter and News of the World grossed the same amount this weekend. Somehow these two movies grossed an estimated $810,000 each.

Next weekend The Little Things will be released in theaters. Fans can watch this movie on HBO Max as well. We won’t see another movie be released in a large number of theaters until Land is released on February 12th. In some sad news, The Bob’s Burger movie has lost its release date. It was scheduled to be out on April 9th, 2021. Expect a large number of movies to get pushed back in their release dates. Not everyone is willing to do what Warner Bros. Pictures is doing with HBO Max.

If you have a minute please bookmark Lordsofgaming.net for all of your gaming and entertainment news. The first trailer for Godzilla vs Kong has arrived and you can watch it here.