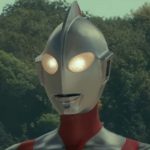 You are reading
Shin Ultraman Trailer Shows off Movies Hero

Not that long ago fans were given Shin Godzilla. A reboot of the classic monster movie through Toho Pictures. Hideaki Anno and Shinji Higuchi were behind that movie and are now working on Shin Ultraman, a return to the series classic roots. A trailer was released last week.

As you can see from the trailer below we see glimpses of Ultraman and some of the monsters from the show. The two creatures are Neronga and Gabora. While we don’t have an official synopsis of the plot. You can get an idea of what fans are going to see with the premise from the 1966 TV show.

When the Earth is threatened by alien invaders and giant monsters, the world relies on the Science Patrol, a special anti-monster defense agency armed with high-tech weaponry and vehicles to combat these threats from the unknown.- Ultraman Wiki

We do know that the movie is scheduled to be released in Japan in 2021. Hideaki Annon will be producing the film while Shinji Higuchi will be directing it. Production started in February of 2019, Hideaki Annon was late to the party since he was working on Evangelion: 3.0+1.0 Thrice Upon a Time.

Shin Ultraman will have a huge following in the Asian market. The series grossed well over $7 billion from 1960′-1980’s. Fans in the West can see episodes online. PlutoTv has the TokuSHOUTsu channel that will occasionally play the show from different eras. It also has episodes of Super Sentai and Kamen Rider. Fans can also watch the animated show on Netflix. The show will be getting a second season. Those fans that are looking for some reading material can look to Marvel comics. The Rise of Ultraman consists of five comics. The first two issues can be read on the Marvel Unlimited app.

Fans of these movies have so many reasons to be excited. With Godzilla vs Kong coming out and a Cloverfield sequel announced, it is a great time to be a fan. Below you can see two of the movie posters that have been circulating the internet. 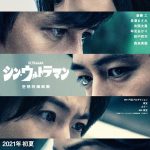 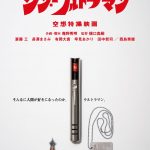