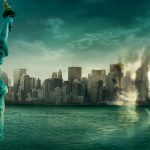 You are reading
Cloverfield Monster Movie is Finally Getting a Sequel

While I was out plowing snow yesterday some great movie news dropped online. The monster movie Cloverfield will be getting a direct sequel. At the moment there are two other Cloverfield movies. Both movies really don’t continue the monster movies story.

For years after the movie was made fans asked for more. The time will finally come when we get to see what happened after that monster attacked. While we don’t have any concrete details on what’s going to happen. We do know who will be writing the script and who is producing the film.

J.J. Abrams Bad Robot and Paramount Pictures are going with writer Joe Barton. He is the showrunner for the upcoming HBO Max Batman TV spinoff. He will be crafting the story after we found that footage of the monster. J.J. Abrams and Hannah Minghella, Bad Robot head of film will produce the movie. If you haven’t seen the original movie here is a brief synopsis. It’s hard to believe no one has seen the movie since it was released back in 2008 and was directed by Matt Reeves.

As a group of New Yorkers (Michael Stahl-David, Mike Vogel, Odette Yustman) enjoy a going-away party, little do they know that they will soon face the most terrifying night of their lives. A creature the size of a skyscraper descends upon the city, leaving death and destruction in its wake. Using a handheld video camera, the friends record their struggle to survive as New York crumbles around them.

10 Cloverfield Lane and The Cloverfield Paradox were two separate films that really tried to hold their own. While the latter film does have some ties to the monster at the end of the movie. It really never continued the story. One thing we do know is that the new movie won’t be a found footage film. This might help people who had issues with the first movie enjoy the second one. Speaking of larger monsters attacking take a look at the Godzilla vs Kong trailer that was released recently.

Did you enjoy any of the last three Cloverfield movies? Don’t forget to leave a comment below and bookmark Lordsofgaming.net.