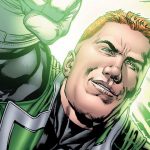 You are reading
HBO Max Casts Their First Green Lantern

HBO Max has announced the many different actors who will be wielding a Green Lantern ring in their new show. Green Lantern has picked one of the better actors who has been prominent in American Horror Story. This is one of the many things that DC is working on bringing to the fans.

HBO Max’s upcoming show Green Lantern has cast their Guy Gardner. Fans of American Horror Story and The Assassination of Gianni Versace: American Crime Story will recognize Finn Wittrock. This is the first casting news of the show. Viewers will be taken on a journey with many different characters in the Corp. It will be exciting to see how they deal with multiple Lanterns since we really only have had one movie ( that was hated by most) and a brief cameo in Zach Snyder’s Justice League.

To get a little more info on who Guy Gardner is take a look at this piece taken from DCcomics.com.

Technically the third Green Lantern to be introduced, he was the second after the Green Lantern title’s Silver Age reimagining. Originally introduced as the second choice by Abin Sur’s ring after his death, Guy’s larger-than-life persona came about in the 1980s when the original pretty vanilla character was given a hyper-macho reinvention—a personality that still endures today. Rough and hot-tempered, but loyal and ultimately heroic, Guy can be seen as the Green Lantern Corps’ resident tough guy. DCComics.com

DC has yet to fully utilize the Corp in their movies. This is a shame since they have such a deep cast of characters. Let us know in the comment section who you think will be next. Don’t forget to take a minute and bookmark Lordsofgaming.net to get all of your gaming and entertainment news. Were also doing something a little different on the site. We have the Lord’s Minute, a quick discussion between one of the site’s writers and one of the Lords from the podcast.