Night mode
3 comments Share
You are reading
Everything About Dynasty Warriors 9 Empires!

Dynasty Warriors 9 Empires and previous Empire titles take an action-heavy gameplay approach, and combine it with a deep layer of strategy.  In the game, players create kingdoms ruled by their own team of great generals.  You wage war with rivals to try and unify China under one banner.

Dynasty Warriors 9 Empires is developed by Omega Force, and published by Koei Tecmo.  The game was slated for an early 2021 release but was delayed indefinitely. 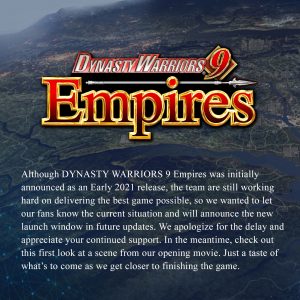 Producer Akihiro Suzuki has said the big focus is on castle sieges.  Though the hack and slash combat from previous games remains untouched.

The card-like strategems from Dynasty Warriors 8 Empires are returning in the pre-battle War Council Phase.  This allows you to modify battles by causing environmental disasters or placing artillery.

In DW9 Empires, battles take place on castle maps though the game does feature eight open fields that allow players to explore Mainland China. Completing the siege, causes the gates to open. From there, players will enter showdown mode and fight the remaining officers and captain-general.

DW9 Empires will have a brand new system called Military Affinity.  This system uses a rock-paper-scissors system where each officer is attributed to Infantry, Cavalry, or Archer.  This means players must advance and give instructions while considering which officers to pit against the enemy.

The character creator is being improved to be more in-depth and has been compared to the one used in Nioh 2. If you prefer premade characters, all 94 officers who appeared in Dynasty Warriors 9 will all make an appearance in Empires. These officers are being fleshed out to be more unique.  You also get access to 700 generic officers. You can also promote officers and deepen their relationships. This can lead to some changes in the gameplay.  The developer has said they will not be adding new characters. 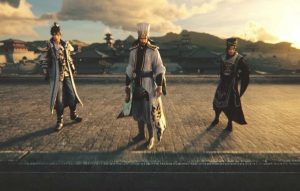 Many features from prior Empires games are returning such as The Domestic Affairs and Ways Life System.  The Domestic Affairs System is all about your relationships with your generals and people throughout the game which can affect gameplay.  Meanwhile, Ways of Life determines whether a character is a good ruler or an evil tyrant.  Many different positions will also be available, allowing players to start as a wandering free officer, a loyal marshal, or a leading ruler.

We didn’t get the early 2021 release as we wanted, but we can still get a release later this year.  DW9 Empires has improved on things like the character creator and returning the old partial open-world style.  I am super excited there are so many different generals to play as.  This will allow for many unique playthroughs.  I will be personally using master strategist Zhuge Liang.  Dynasty Warriors 9 Empires will be launching on all platforms.