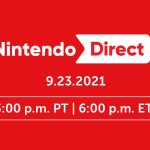 You are reading
A New Nintendo Direct Is Coming Tomorrow

Game announcements can be some of the most exciting moments as a fan of video games. Whether its your favorite franchise that is finally getting a sequel, or if its a brand new IP that just really piques your interest. The prospect of getting to see new games is always an exciting prospect for fans and there is no more anticipated event then a Nintendo Direct. Nintendo is possibly one of the hardest to predict of all the console manufacturers. As there is often very few leaks before a showcase, and Nintendo is continuously unconventional in the games that they choose to release and develop. This is part of what is so exciting about Nintendo Directs, because you never truly know what you could possibly see. With that being said, tomorrow will be an exciting day for Nintendo fans, as a all new Nintendo Direct will be released tomorrow.

Today, in an official announcement from Nintendo Of America we learned that there will be an all new Nintendo Direct tomorrow. The show will go live at 6 PM EST, or 3 PM PT depending on your time zone. While there is no official information on what games or announcements we could expect to see at the showcase. It was indicated that this showcase is to give Switch owners a definitive look at what games they can look forward to playing through the holiday season. I expect a handful of Indie and 3rd party games with maybe one or two first party surprises from Nintendo. We won’t have long to wait, could we finally see the Metroid Prime Trilogy on Switch? We will find out tomorrow.

Tune in 9/23 at 3 p.m. PT for a #NintendoDirect livestream featuring roughly 40 minutes of information focused mainly on #NintendoSwitch games launching this winter. pic.twitter.com/feHBEKfHPG

Are you excited for tomorrows Nintendo Direct? Let us know in the comments and don’t forget to check back for the latest gaming news and information.