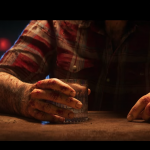 You are reading
PlayStation Showcase 2021: Marvel’s Wolverine Slashes To PlayStation 5

As part of the summer 2021 all-digital gaming conventions, today Sony is holding its very own all-digital PlayStation Showcase. The showcase will open up what will be a very busy fall season with the Tokyo Games Show right around the corner. During the PlayStation Showcase, players got a glimpse of a game that no one truly could have seen coming. Insomniac Games offered a first look at Marvel’s Wolverine which will be coming to PlayStation 5 as an exclusive.

Insomniac Games has been an absolute machine this generation already, with putting highly polished AAA games. However, it appears that they are nowhere close to done with today’s announcements of Marvel’s Spider-Man 2 as well as a brand new game Wolverine game. While the trailer was a simple CGI teaser, the prospect of Insomniac Games tackling a different superhero game is enough to whip fans into a frenzy. This is compounded by the fact that this didn’t leak ahead of the Showcase leading to a genuine surprise reveal. While we no doubt will be waiting a while to play the game. The future is certainly looking bright for Marvel fans.

What do you think of Marvel’s Wolverine? Let us know in the comments and don’t forget to check back for the latest gaming news and information.