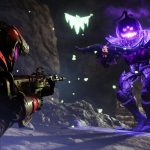 You are reading
Destiny 2: Festival of the Lost Impressions 2021

Seasonal events are common in video games. It is a great way to celebrate holidays with communities worldwide. Halloween is in the air. Thus, Bungie (developers for Destiny) created the Festival of the Lost. This allows guardians to celebrate all things spooky. However, opinions are still forming if this year’s event is a trick or treat.

Festival of the Lost is back. New masks and goodies are available to earn with candy. Candy is the event’s form of currency. This will drop during any activity while a guardian wears the festival mask. Additionally, the Eververse store brings premium spooky cosmetics. This year’s ornament sets are themed after various types of Dinosaurs. Bungie held a community poll earlier in the year for the design. Additionally, there are new ghost shells, emotes, and a creepy spider sparrow. 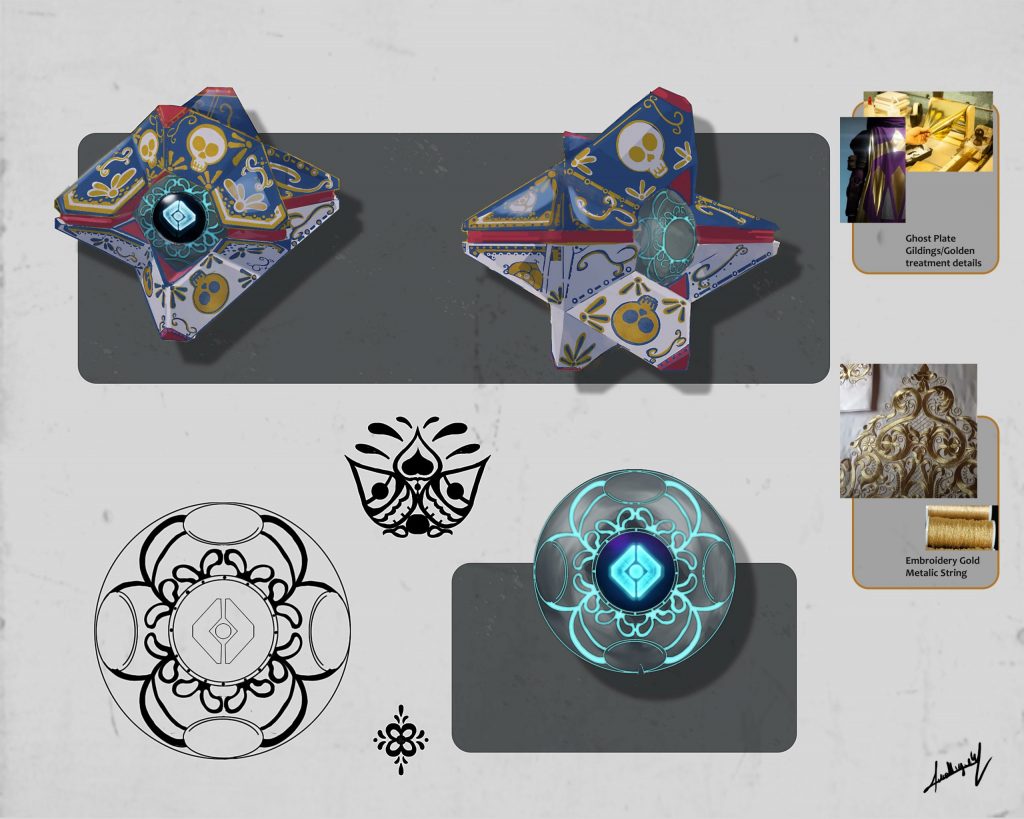 The Haunted Forest has been laid to rest. Previously, it was the seasonal activity tied to the Festival of The Lost. Mercury took the forest along with it once it was retired in the Destiny content vault. Guardians now face terrors inside Haunted Lost Sectors. This activity gives a selection of Lost Sectors a creepy overlay. Guardians capture different points to spawn enemies known as “the headless ones.” Once you kill ten, a boss is spawned. After defeating them, Guardians will be rewarded with a manifested page to help complete a lore book. However, you need spectral pages first. 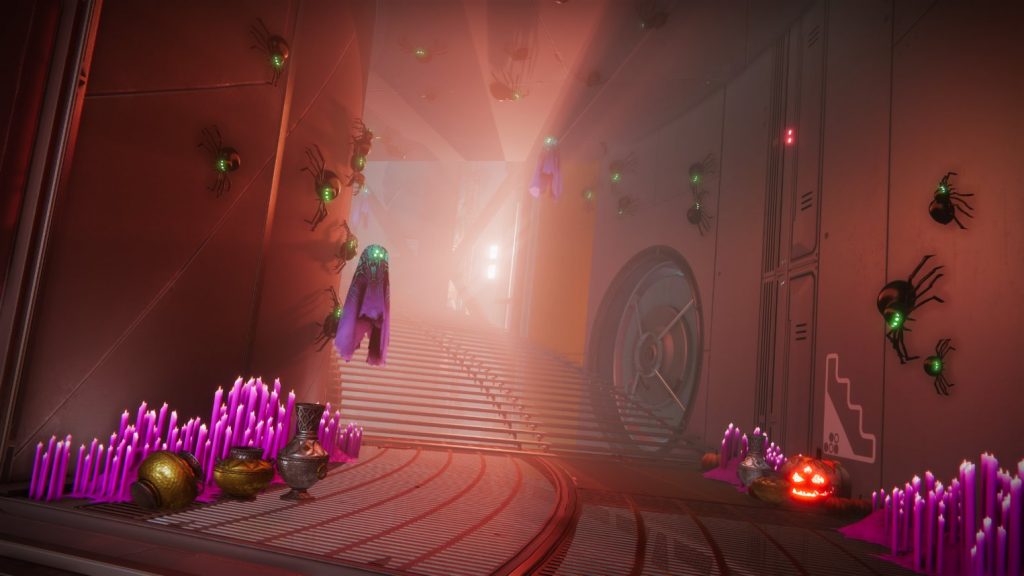 Different currencies of activities follow the Bungie formula. You acquire one currency through playlist activities. Next, one must go into the promoted activity (whether it is for a season or holiday). Once completed, your old currency is converted into a new currency for the overall objective. This is simply tedious and is overall an overused formula in the game. However, the menial grind in Destiny 2 can also become tiresome. Therefore, players will often find the most efficient method. This is all in hopes of reducing hours of repetition.

Fast farming methods for spectral pages (needed to acquire manifested pages) were quickly addressed by Bungie. Players could utilize activities such as Expunge, Wrathborn Hunts, and the Lake of Shadows Nightfall. This would grant players multiple pages for less than ten minutes of effort. Thus, the time to complete the lore book and associated triumph was greatly reduced. Bungie quickly reduced the rewards for these activities.

A change has been deployed to limit Spectral Pages and Candy rewards in Wrathborn Hunts, Expunge missions, and the Lake of Shadows Nightfall. The Nightfall change will be reverted next Tuesday at reset.

This change is not great. Many members of the community took the news hard. It serves as an example of “forced engagement.” The developers want people to play the event for as long as possible. Subsequently, this season is much longer. The delay for The Witch Queen turned “Season of the Lost” into a six-month season. Overall, being forced to grind the same activity for longer leaves a sour taste in anyone’s mouth. This is especially true when a more efficient way was taken away from the player.

Festival of the Lost has many merits. The Tower gets its makeover and Eva Levante is back with sweet greetings. Lastly, Glint serves as a spectral guide. His colorful narration during the Lost Sectors is fun and joyful. The inclusion of a lore book tied to the event is brilliant. This adds a new layer to the otherwise hollow event stuffed with microtransactions. A new rapid-fire pulse rifle can also be earned, aptly named “Jurassic Green.” 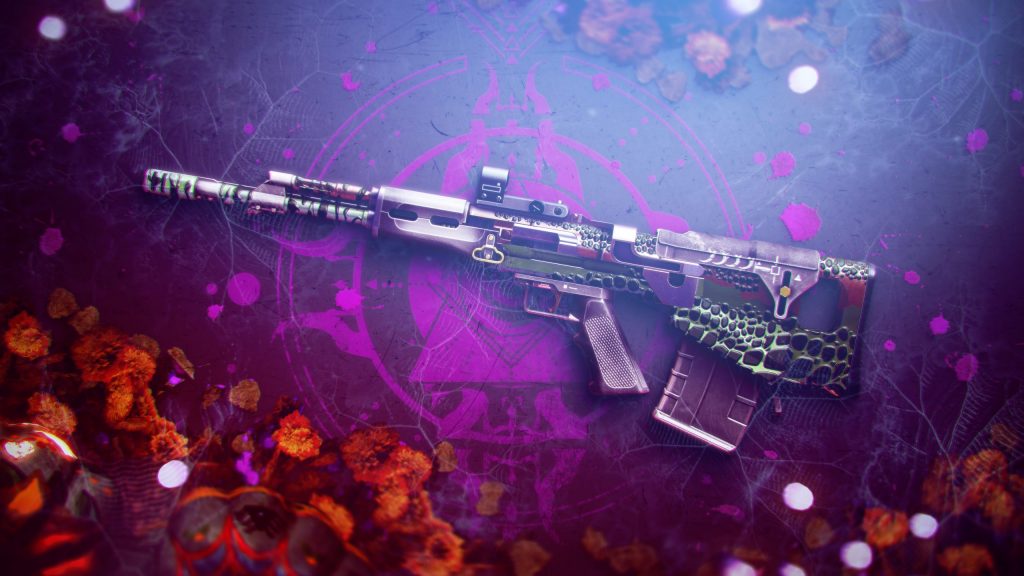 The gun handles decently. It can give guardians decent trouble inside the Crucible with high-caliber rounds. Plus it rocks a sick, scaly look. Additionally, remember the ascendant lens from last year? Players can now turn it into Mara Sov. She will grant multiple roles of Jurassic Green along with other loot.

Again, there is a lot to enjoy with the Festival of the Lost. However, it is also bogged down by the same problems Destiny is known for. On the bright side, players will have a cheery Glint along for the ride. I do find the event as a treat, yet a treat that is both bitter and sweet. 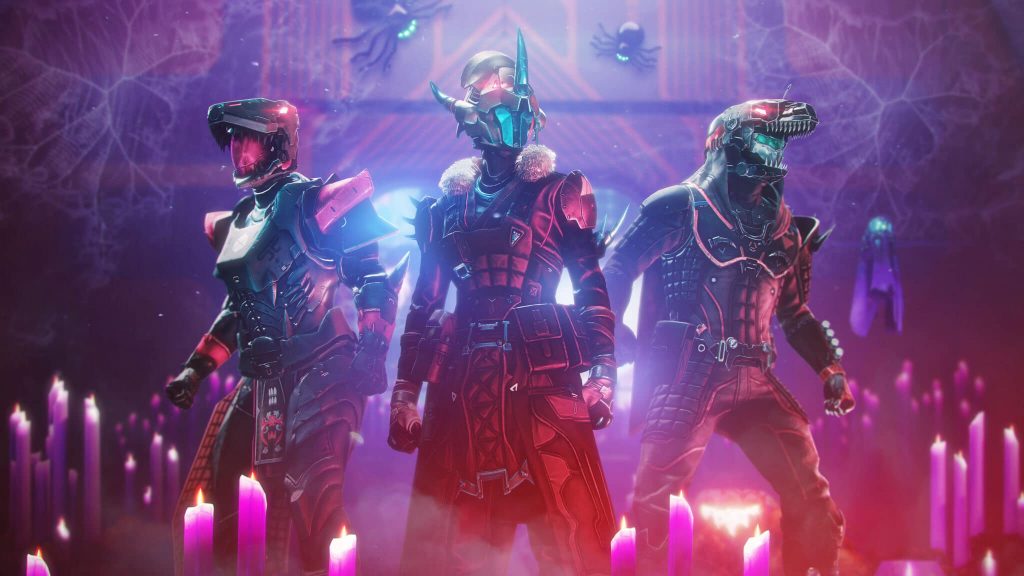