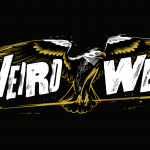 You are reading
A First Look at Weird West

Weird West is one of the most fascinating games I’ve experienced thus far in 2021. The game’s ambitions are as clear as day, melding different gameplay mechanics into one sturdy offering. Weird West takes twin-stick shooting mechanics and cooks it under immersive sim and action RPG layers. It is no surprise that some of the game’s developers, WolfEye Studios, previously worked at Arkane Studios on cult classics like Prey and the Dishonored series. That immersive sim DNA is found in almost every facet of Weird West. Here at Lords of Gaming, we were fortunate enough to get a chance to test drive a meaty preview build of the game. Here is our first impression of Weird West.

For instance, a particular gang is in cahoots with a particular demon grouping to feed them. It’s an operation that ravages multiple towns and becomes a real societal threat. This example beautifully creates illustrates the merger of supernatural forces within familiar Western tropes. To add, even how the game is set up narratively is a fresh take.

Weird West follows the stories of five protagonists, where the preview build follows one character. Each character has their own background and motivation that kickstarts their adventure. In the preview build, you play a former bounty hunter that has settled down to domestic life. Until one day your husband is kidnapped. She’s forced to dig up her old bounty hunting equipment and follow the trail to find her husband. Along the way, fans of Arkane Studio’s work will immediately notice their influence on Weird West. 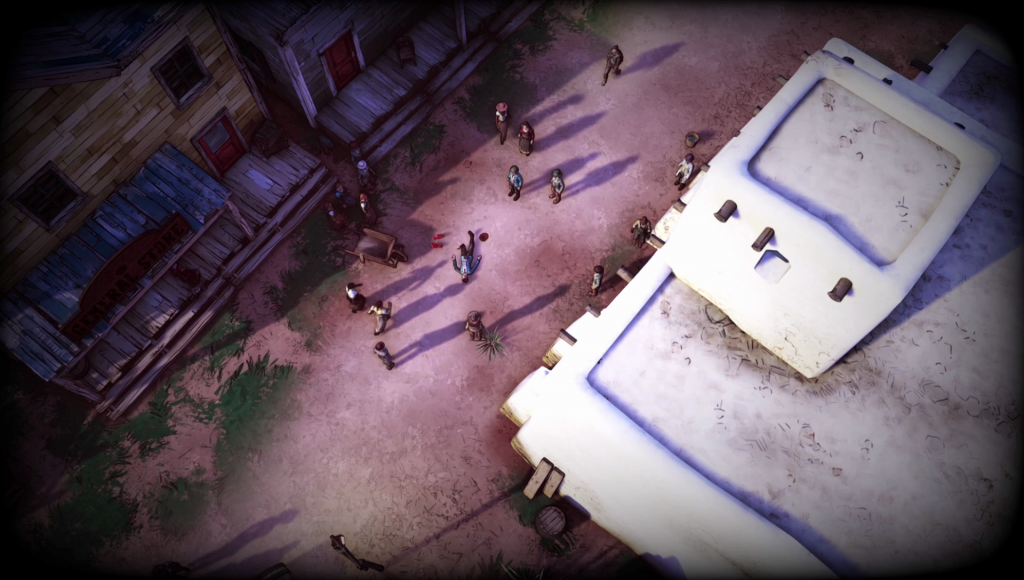 Weird West does an immense job of providing player agency that facilitates its immersive sim take on gameplay design. If you’re not familiar with the term, immersive sims games emphasize player choices and consequences of said choices. Luckily, that is provided in abundance in Weird West.

The game incorporates a reputation system that reflects the decisions you’ve made. Did you help out a bartender find her captive husband? That’ll grow your reputation. Or did you go guns blazing and accidentally kill an innocent bystander? Well, you’re going to pay for that. Or did you sneak in and complete your task with arising suspicion? You get the drift here. Irrespective, your actions and choices have tremendous weight to them in Weird West and it’s extremely satisfying. It reminded me of old-school Deus Ex games that made the player agency the forefront of the experience.

Initially, I thought the isometric view would hinder the immersive side of the game. I feared that if you’re not front-and-center that it would take away from the immersive sim vibes. Thankfully, I was completely wrong. The game retained its player agency vibes even when you could zoom in and out of the action. You didn’t have to see the world through the eyes or shoulder of the protagonist in order to feel be immersed. Conversely, on the combat side of things, the game holds up well. 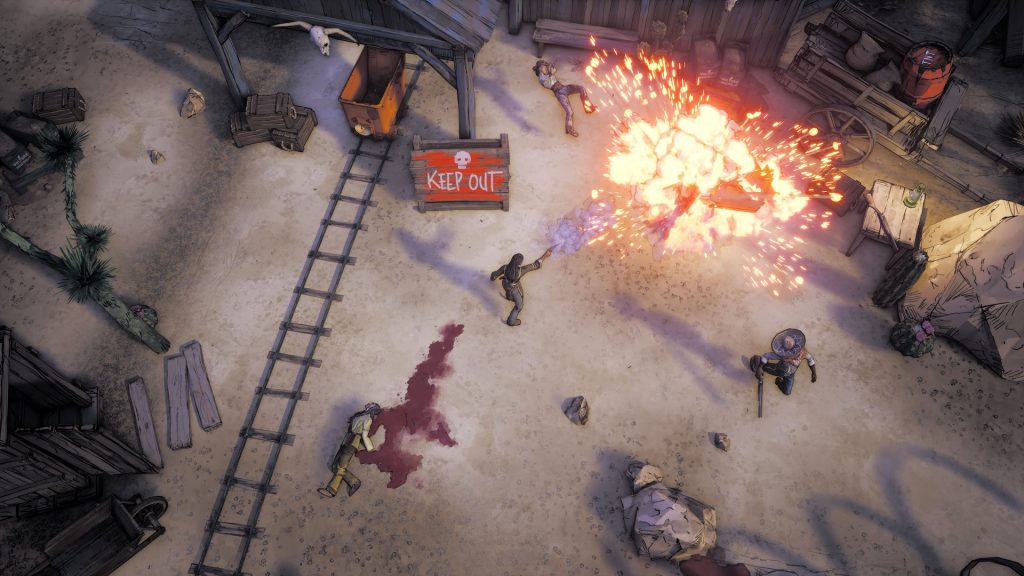 When it comes to combat, Weird West is a twin-stick shooter through and through. Mechanically, the game’s combat functions exactly you would expect. Players move the reticle to aim and shoot. It felt like any other twin-stick shooter, and of course that comes with its downsides too. This includes sometimes aiming can be troublesome when trying to line a perfect shot from afar. Regardless, Weird West’s twin-stick shooting operated as expected. However, there was one combat aspect that stood out to me and brought strong nostalgic vibes.

Weirdly enough, the game brought me back to the days of Max Payne. The latter was famous for its slow-motion bullet-time jumps. I was pleasantly surprised that Weird West, too, incorporated its own rendition of bullet-time jumps. It functions as you would expect. By pressing the dodge button during combat, you slow down time around you. This provides ample time for you to get off multiple shots at your targets.

To say it was satisfying is an understate. It’s a function that I loved back in the days and continue to love now. It may seem tacky to some, but it fits in well with the gunslinger motif that Weird West is going for. However, not all were rosy when it comes to combat.

The game features abilities you can unleash during combat. These abilities usually come in the form of unloading your weapon during combat or increasing critical damage to unsuspecting enemies. However, using your abilities while in combat was a convoluted affair when using a controller.

That is because the way you’d have to hold RB/L1 and select the skill with one of the face buttons while your thumbs rested on the analog sticks. All the while minding your environment and enemies on the screen. Hopefully, WolfEye Studios can find a solution to remedy the finger gymnastics at play here. But in all honestly, it’s a minor gripe, but one worth mentioning. Luckily, one thing Weird West does nail is its RPG mechanics. 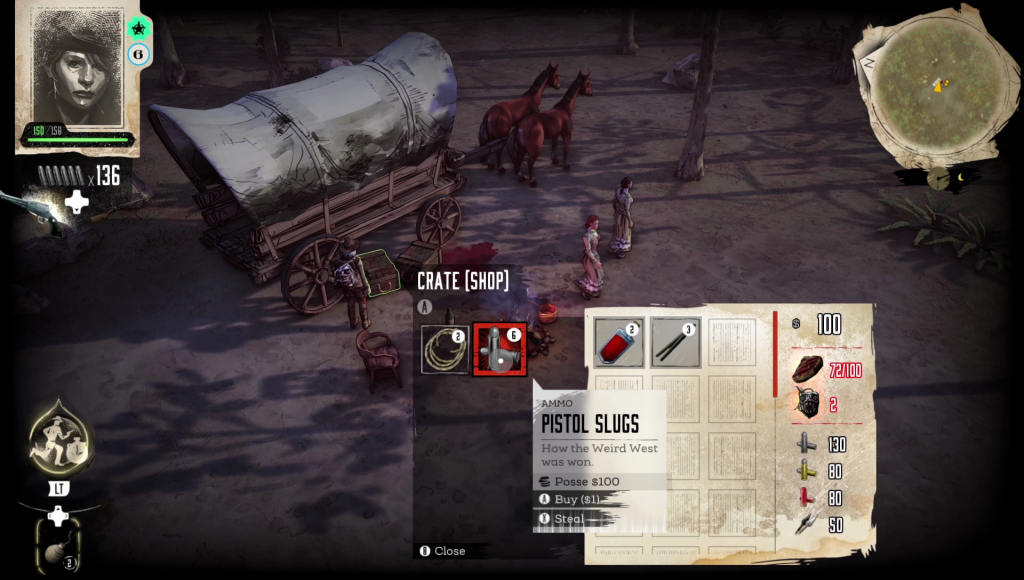 WolfEye Studios describe the game as having action RPG (ARPG) mechanics. Fortunately, they are well implemented. Weird West incorporates the tried-and-true tiered loot system. You can even upgrade your weapons by a blacksmith with crafting material. Of course, this is always welcome, especially if you’ve grown attached to a certain weapon’s stats or perks. Though, upgrades work a little differently in the game.

Upgrading your character is different in Weird West. The game opts for special items called Nino Relics and Golden Ace of Spades to upgrade your character’s traits and perks. So, in this way, it is a little varied compared to other ARPGs that rely on traditional XP and levels. But, these upgrade rewards incentivize players to do more in the game. Luckily, the game’s world is intriguing, so it warrants going the extra mile to do side quests and more exploration to get more Nino Relics and Golden Spade cards. Funnily enough, even the game’s fast travel system is also nostalgic.

Weird West fast travel system reminds me of the old Fallout isometric games. When selecting a new location to travel to, it’ll take several in-game hours or sometimes days to travel to them. Of course, this depends on how far away the area is from your current location. Along the way, you might encounter random events or two.

Sometimes it’s a traveling merchant that wants to sell you some goods. Other times it will be a pack of wolves or a  group of bandits that has a vendetta out against you. Either way, it’s a nice touch that adds to the unpredictability of the wild west setting the game is going for. However, the preview build did rear its ugly side in other departments.

The preview build we test drove was smooth for the most part, but there were some technical issues. There were many instances of graphical issues. During my playthrough, I’ve seen everything from trees flickering to corpses violently flying around. There was even an instance of a placeholder name of “invalid object2” appearing during a dialogue sequence. Despite all of this, the game performed well overall on PC.

During my time with the preview build, Weird West maintained a rock-steady 60 fps-cap with no major dips worth mentioning. However, I do feel that the technical aspect will be the game’s Achilles’ Heel. Luckily, the game was pushed back to release on January 11, 2022. Hopefully, this provides the developers plenty of time to iron out any kinks.

In a nutshell, Weird West is shaping up nicely. The game has a lot going for it and isn’t cutting corners in any particular gameplay department. From its deep immersive sim game design to the solid twin-stick shooting mechanics, there’s a lot to like about Weird West. Though I will be remiss to not mention the technical issues the preview build. Irrespective, expect Weird West to be one of the earliest gems to release in 2022.