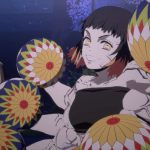 You are reading
Susamaru and Yahaba Arrive in The Hinokami Chronicles

Demon Slayer: The Hinokami Chronicles is churning out DLC. Developers Cyberconnect2 released the second pair of DLC demons. Subsequently, they arrive less than a month after Rui and Akaza. The developers promised monthly releases for characters. However, Susamaru and Yahaba could not wait to be unleashed. 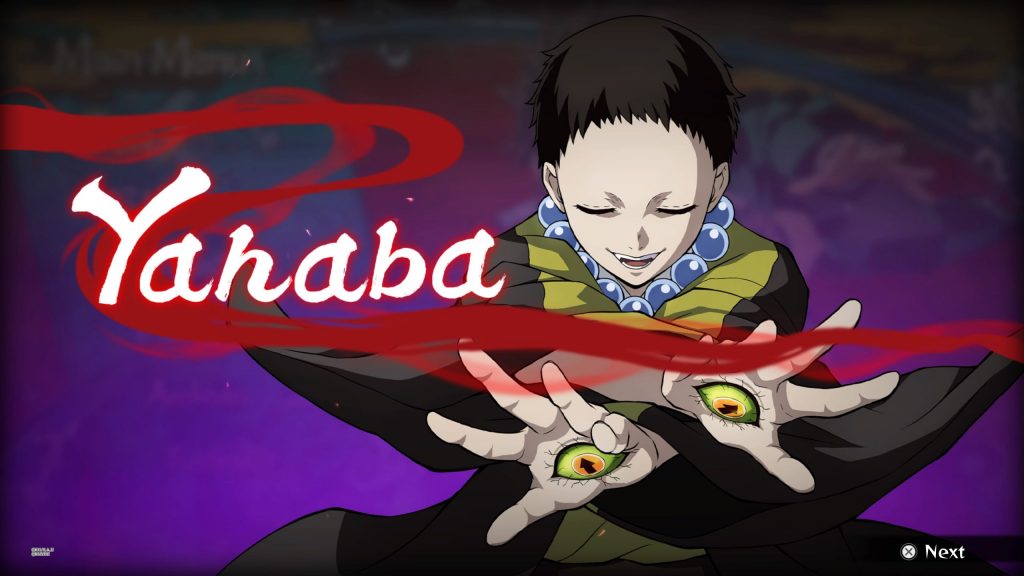 Read More: Chorus is the Epic Space Adventure to Play This Year

Yahaba and Susamaru debuted during the Asakusa arc from the anime. They are a monstrous force when working together. Yet, they are played solo like all DLC demon characters in The Hinokami Chronicles. Cyberconnect2 continues to evolve the game’s landscape. These zoners bring unique kits and functionality. Yahaba himself is the most unique character in the game currently. Sadly, he is far from the best.

His combos utilize arrows. These are very similar to his combos from the game’s story. However, only one aspect of the combo is damaging. The last attack of Yahaba’s normal combos deals damage to the enemy. Every other arrow will stagger but deal zero damage. Thus, damage from normal combos cannot be relied on. Thankfully, his skills can yield good damage.

Yahaba has the unique ability to chain skills. He can cancel between normal and demon skills. A feat reserved for him alone. This is appreciated, as the character struggles in many avenues. Players aiming to pick up the arrow demon will have to adopt a unique and costly playstyle. 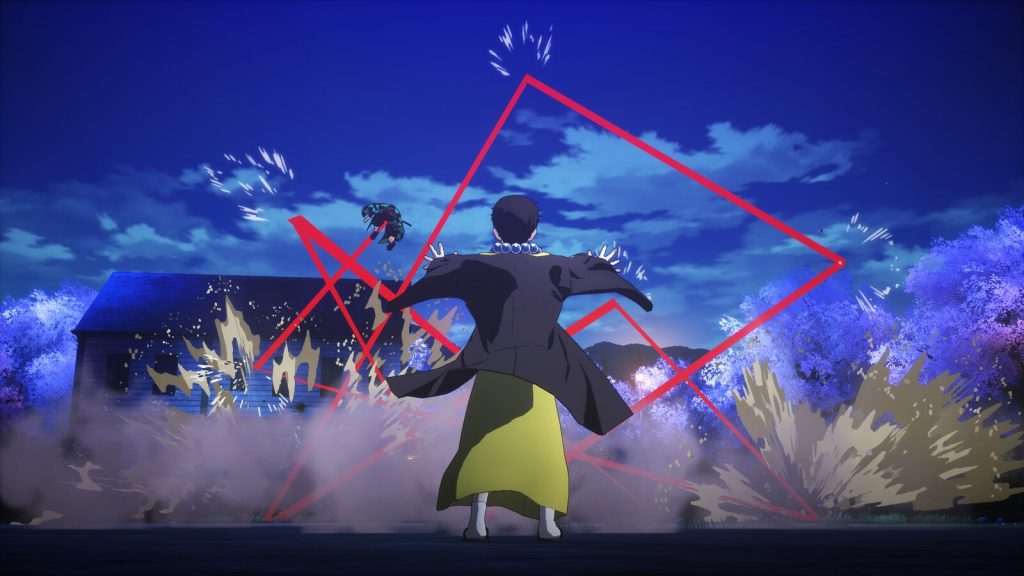 Yahaba is a zoner. Yet, he lacks great pressure during neutral. His arrows have slight tracking. However, they are slow and thus easily dodged. Players also cannot pressure the opponent’s guard effectively. The normal combos are empty of damage except the last hit. Skills can be used instead. However, it is a resource you want to save for key moments.

Yahaba players should save most of their skill meter when possible. The tilt skill is the optimal starter. Yahaba summons an arrow to slam into the opponent. This yields a blue combo (long combo). Then, players can cancel into other skills like rock throw to extend and do serious damage. Surge mode is also strong for Yahaba. He gains free reign to chain abilities and can melt health bars. Yet, players will still struggle against higher-skilled opponents. Yahaba and Susamaru are both zoners. Despite this, Susamaru easily exceeds Yahaba in this role. 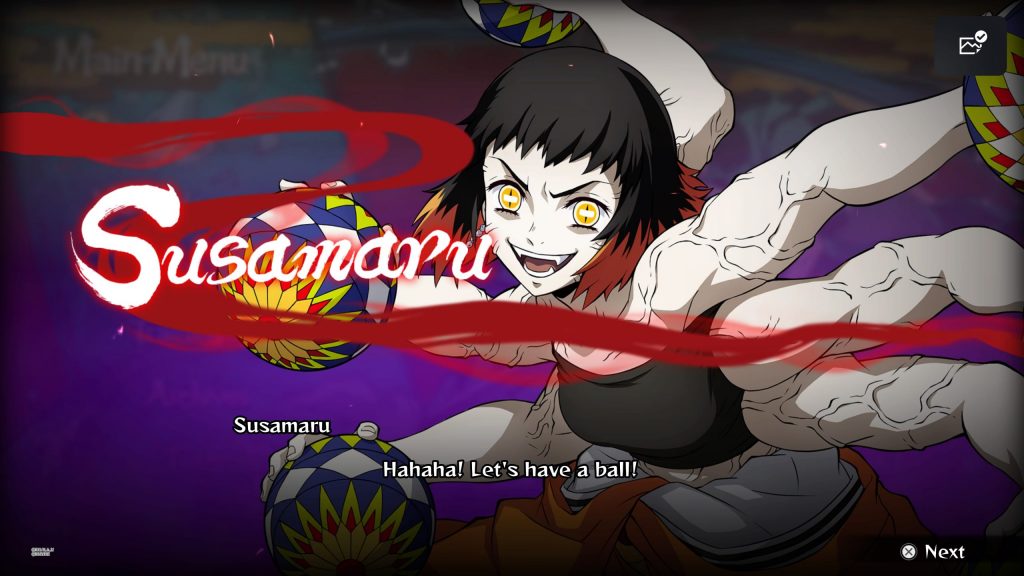 Susamaru uses Temari balls for her combos. These deal decent damage but have poor tracking. However, Susamaru has range over other characters. Thus, plus blocking into an auto combo is a great way to punish aggressive opponents. Her air dive and tilt skill are the best for starting combos as they yield yellow combos (normal combo). Chiefly, the tilt skill. Susamaru dashes at the opponent and kicks them into the air upon contact. Players can charge it for better distance and armor. This is very similar to Akaza’s annihilation move.

Susamaru has great pressure as a zoner. Her best starters rush down the opponent. Fighting a Susamaru can be difficult. Her normals can outrange you despite efforts to reverse the pressure. Her demon reversal is also armored. She leaps back and throws Temari balls down in defense. Susamaru can also air combo right after. Thus, she is definitely a top-tier demon and overall character for The Hinokami Chronicles. 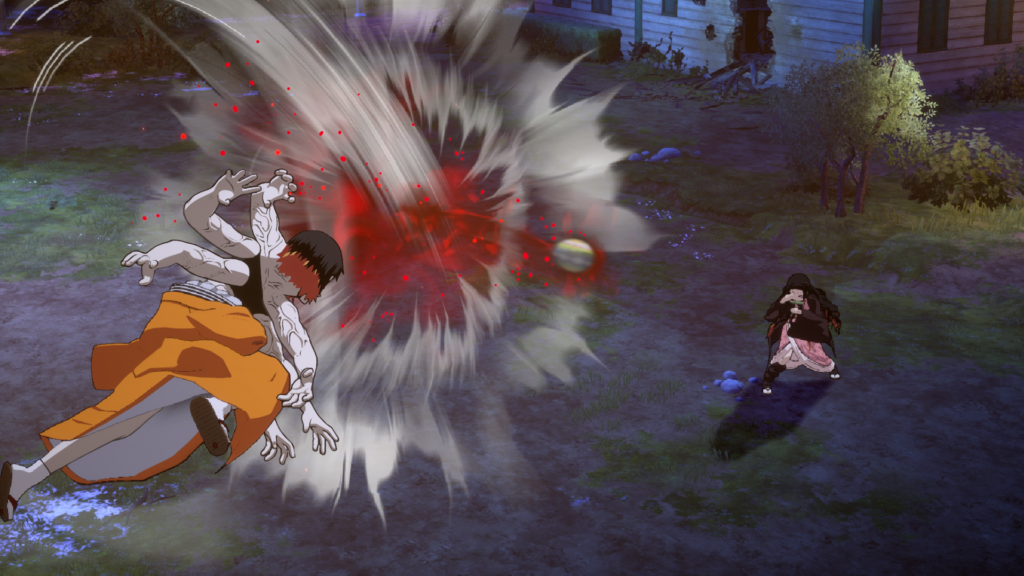 I critiqued Cyberconnect2 for the lack of demons in the base roster. The efficient timing of these releases further supports my observation. On the other hand, these DLC characters have been creative. The developers are expanding upon what a fighter can look like for this franchise. Susamaru and Yahaba further push that envelope.

It is still apparent of the weakness DLC demons have against assists. Yahaba suffers the most against assist. His arrows are easier to dodge compared to Susamaru’s Temari or Rui’s webs. His kit is truly unique amidst the current roster. However, he requires too much time and effort to be competitive.

Furthermore, his payout for damage is not that great. Players can easily achieve this with less effort with any other character. Yahaba has brought me the most frustration I’ve experienced in ranked. Despite confirming more combos, I would lose the game of attrition within the match. My combos dealt little damage and skill setups were costly and difficult to set up.

On the other hand, Susamaru’s aggression was a breath of fresh air. Her kit is very fun to utilize, like Akaza’s. Additionally, she takes less and deals more damage. There was a noticeable skill gap between Rui and Akaza. However, Susamaru and Yahaba are more akin to a canyon at more competitive levels of play. Susamaru is definitely the victor of the two. She has also taken the crown for the most impressive ultimate art in the game (sorry Akaza).

Despite the disappointment of Yahaba, I am glad to see Susamaru shine. I am also eager to see Cyberconnect2 continue to flesh out even more creative fighters in the future. What are your thoughts on this DLC? Let us know in the comments down below.