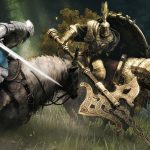 You are reading
10 Elden Ring Tips for Dummies

The race for Elden Ring tips and guides is in full swing. The latest Fromsoftware offering is quickly being hallmarked as its most quintessential game to date. The game is no joke for new players and veterans alike. We sat down with Lord Gaming Addict of ILP and got some great tips to help you get started. Here are some essential Elden Ring tips for dummies.

Be Cautious of Your First Build

Starting a new character in Fromsoftware games can be tricky sometimes, of course, the same applies to Elden Ring. You might be tempted to go for looks over trying to hone in on a particular play style. Whatever the case may be, always play to your character’s strengths. Have a dexterity build in mind? Well, complement it with the proper weapons and equipment and you’ll be fine. If you’re going for a strength build, do not waste resources learning spells. Have a plan and stick to it!

Avoid the Tree Sentinel at the Beginning 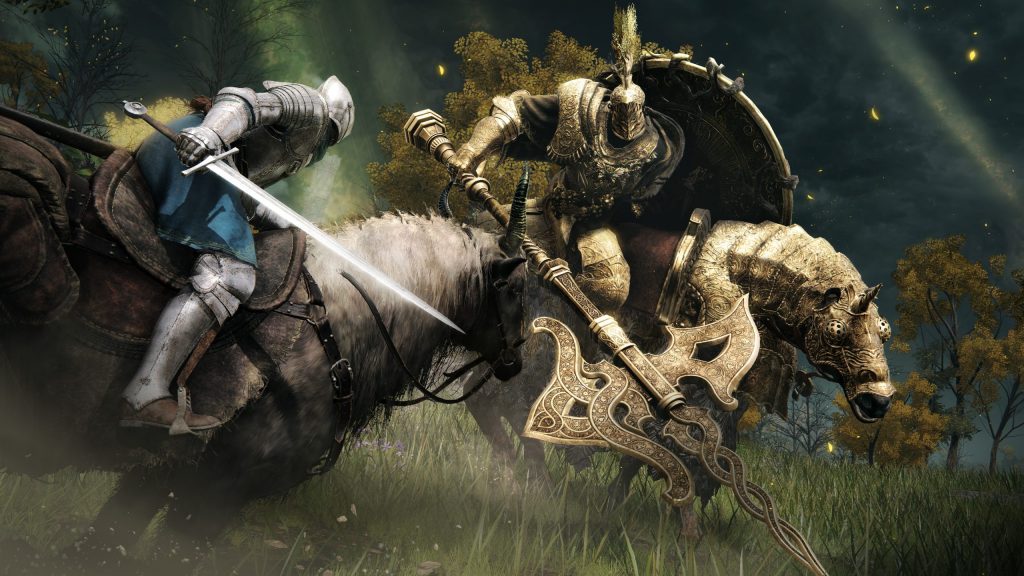 Here’s one of the best Elden Ring tips you’ll read, do not fight the Tree Sentinel in the beginning. Seriously just avoid it. The Tree Sentinel is just a rude awakening for the game. Avoid it at all costs until you’re comfortable taking it on later. Instead…

Head to the Church of Elleh It’s best to head north/northwest and go straight to the Church of Elleh. When you arrive, there is a merchant where you can pick up a crafting kit and crafting recipes from. Although they are pretty expensive at first, they are definitely worth the investment.

Other items you should pick up are the torch and telescope. These items will come in handy when going deeper into the game.

Have a Look at the Blacksmith Anvil

Once you’re at the Church of Elleh, be sure to check out the blacksmith anvil. Doing so will net you an interesting item that will help you out immensely. Essentially, the item at the anvil explains the smithing mechanics and is one the most important Elden Ring tips you’ll read (see the trend?).

Golden Seeds Will Help You Survive 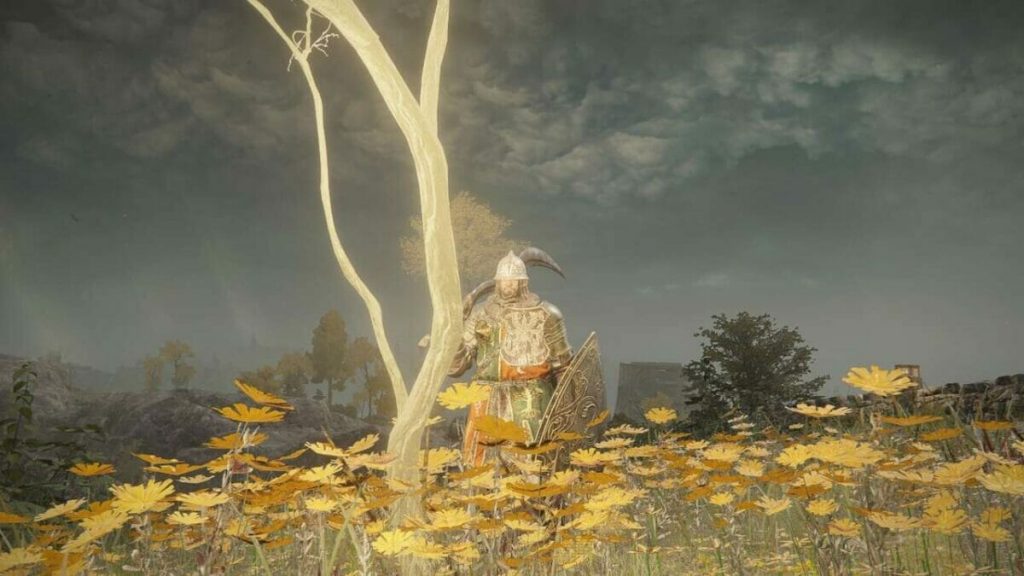 Like Estus Shards in Dark Souls 3, Golden Seeds allow you to use Sacred Flask more. This is critical to help you survive. So, always open them up and be on the look out for more during your adventure.

Level Up Your Equipment with Smithing Stones

During the beginning of Elden Ring, you don’t have many weapons and equipment at your disposal. So, it’s best to level up your starting weapon and equipment for now. If you need additional smithing stones (equipment upgrading materials), you can find some at the Limgrave Tunnels.

Don’t worry if don’t do this early on in the game. You can always buy smithing stones later in the game from merchants.

There is No Shame in Running Away

Like Monty Python and the Holy Grail, there is no shame in running away from fights. You don’t have to fight every enemy, you can run away if you’re in a hurry to reach somewhere. Or if you want to preserve your Sacred Flasks. You can always come back later after you leveled up to fight whatever you were avoiding.

Avoid the Dragon at the Agheel Lake for Now 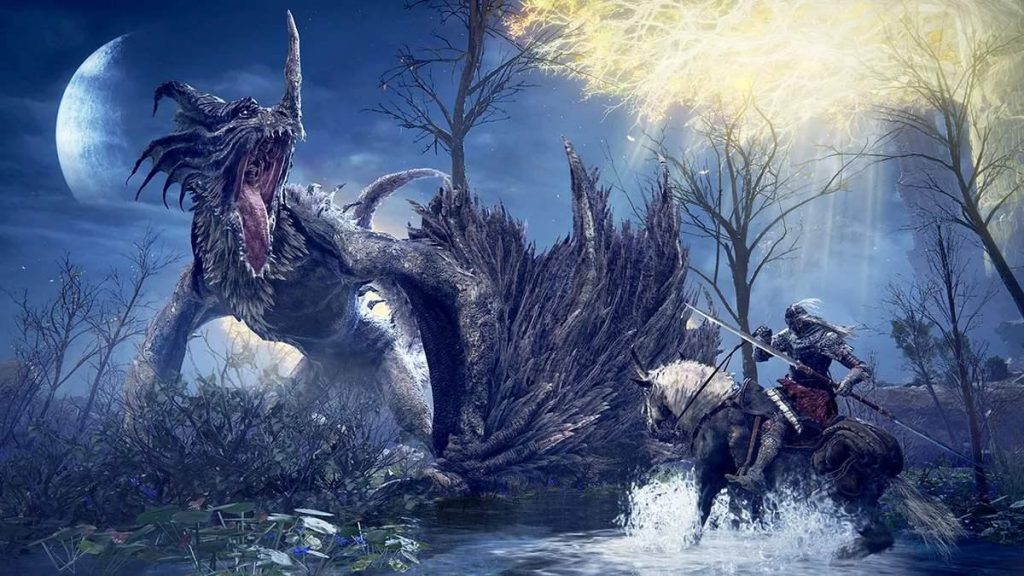 Like his buddy the Tree Sentinel, you don’t need to poke at the Dragon at Agheel Lake. You’ll likely see it when you venture to the Limgrave Tunnels. But again, best avoid the Dragon for now.

Head to the Gatefront Ruins When You Can

The Gatefront Ruins is a useful place early on in Elden Ring. The ruins are north of the Church of Elleh. Once you reach the Gatefront Ruins, you get an item (Spectral Steed Whistle) that can summon your mighty steed. It’s best to assign it near your Sacred Flasks in case you need to bounce. Speaking of the Gatefront Ruins…

The Gatefront Ruins is a prime location for early-game farming. There is a giant troll-looking creature standing on top of a bridge by the Gatefront Ruins. If you venture near him, archers will rain down arrows on you. So, it’s best to get the giant creature’s attention and have him jump down and lure him outside.

Once you’ve lured the giant creature, be sure to stay under him and attack when you can. Don’t worry, you’ll be fine as long as you stay under him. Every time you kill the creature nets you 1000 runes. Since there’s a Site of Grace nearby the Gatefront Ruins, you can farm the creature over and over. 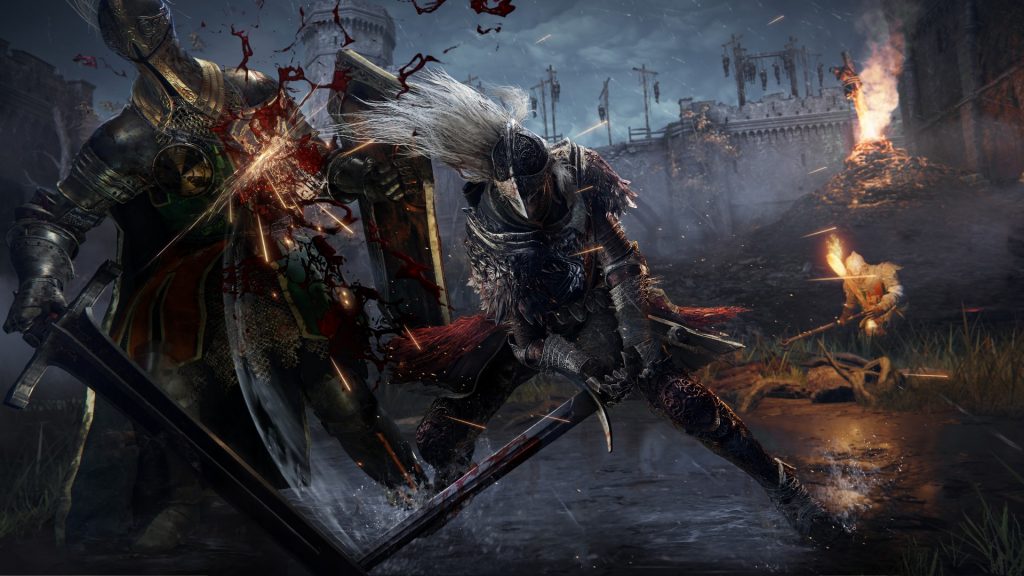 If you find the Troll too difficult, you can always fight the knights in the Gatefront Ruins. They net you a decent amount of runes and also have some solid drops. That’s right some of the drops include pieces of the sweet armor they are wearing. Again, since the knights are located near the Site of Grace, you can farm them to your liking.

There will be catalogs of Elden Ring tips as players dive deeper into the game. But one key takeaway is that use these tips and also other things you have learned on your own in order to take down Margit, the Fall Omen. She can be quite challenging but don’t worry, you are up to the challenge.

That’s one of the hooks for Fromsoftware games. We hope you enjoyed these tips and be sure to share some of your own in the comment section below.