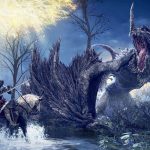 You are reading
Elden Ring Dragon Spells: A Simple Guide

In Elden Ring, dragon spells are some of the strongest in the Lands Between. Despite these powers’ high statistical requirements, knowledgeable players can unlock them very early in the game. We have already given some starting advice and early warnings, now let’s guide you to Elden Ring’s Dragon Spells.

Writer’s Note: While reading, follow along with the below map. Important landmarks are numbered. 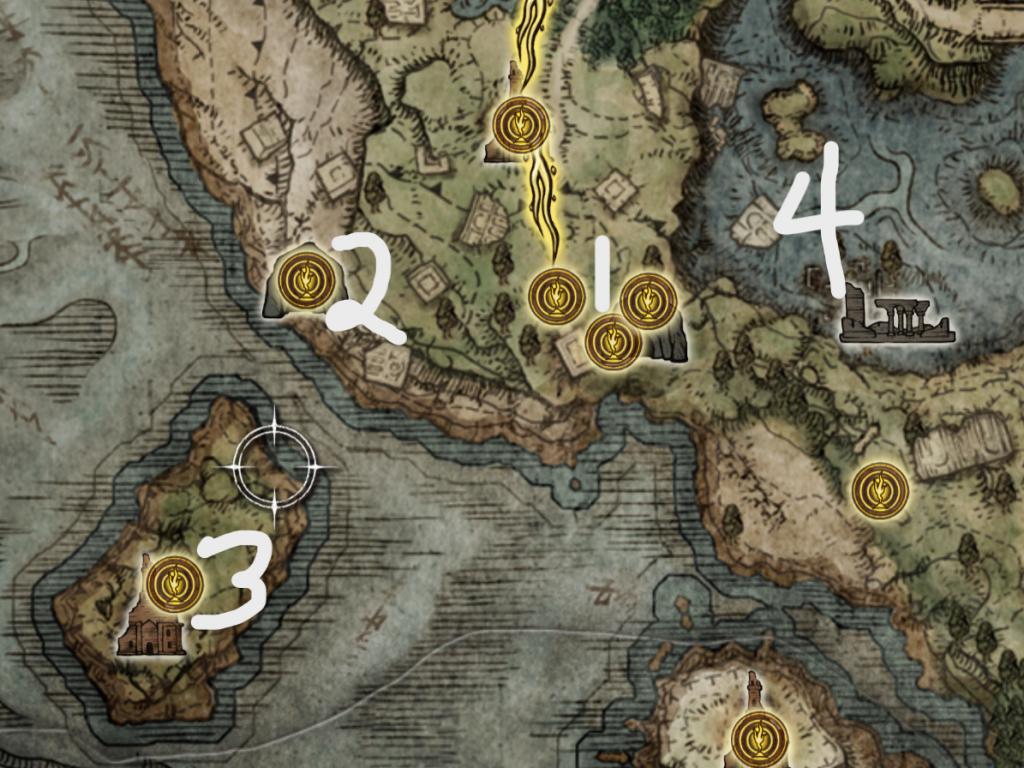 Be aware that you start on a clifftop, way above the Coastal Cave. To get to the Coastal Cave without breaking a femur, work your way Northwest towards the coastline, and then make a u-turn once you’re by the sea. You should see a giant Stonedigger Troll as you make your way below.

As you get to the Coastal Cave, you will see a handful of demi-humans by the cavern opening. Take them out for the runes, and press on towards those dragon spells.

Get Through the Coastal Cave

This is a good place to use a torch or a trove of glowstones. This is a dark place with a couple of husks and sometimes tight tunnels.

Near the end, you will see a golden mist and a golden inscription on the floor. Seasoned FromSoftware players will recognize the mist wall as the barrier before a boss and the inscription as a summoning sign. Use the summoning sign and enter the twin bosses’ arena (yes, there are two).

Technically speaking, players can bolt through the arena and avoid the fight. If they still want to fight, then you will find two Demi-Human Chiefs here. The previous link has further details on fighting them (including their loot), but the big thing to point out is that the arena is so big, you can fight them one at a time.

Exit out the back, and you’ll be on the island of the Church of Dragon Communion (3). 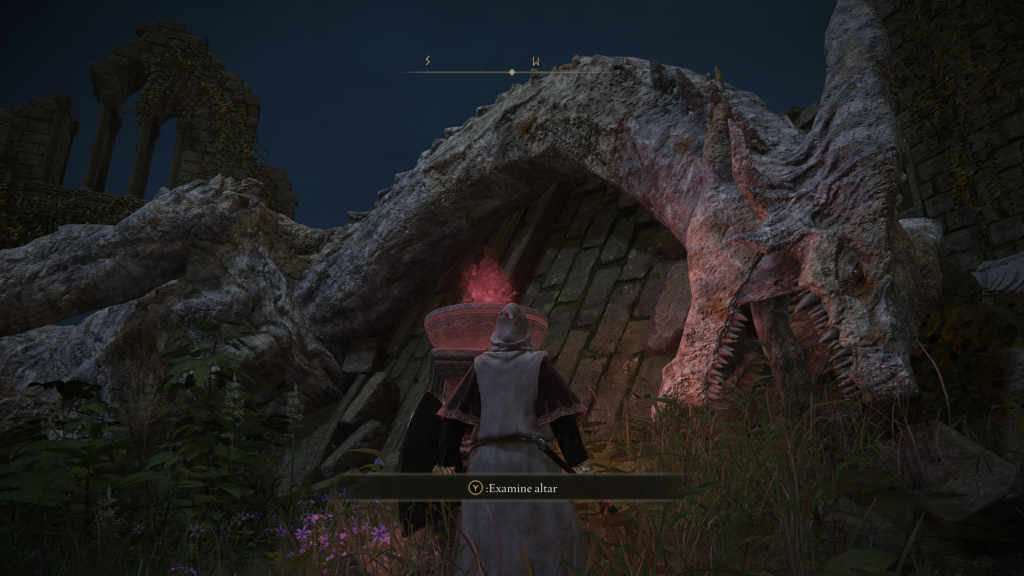 Notice the red flame in front of the player. FromSoftware, 2022.

Rest at the Church of Dragon Communion

The Church of Dragon Communion (or what remains of it) is over the hill from where you come out. Good news, though: there is a Site of Grace right outside. Rest there, and then head in and examine the altar in front of the dragon statue.

This altar offers three dragon spells: Dragonfire, Dragonclaw, and Dragonmaw. Between these three, your Faith and Arcane Attributes need to be 15 and 12 respectively to use any of them (Dragonfire specifically). Also, each of these spells cost one Dragon Heart which you get from killing a Dragon.

Prophets only need to take a few levels in Arcane from their starting stats to be ready for Dragonfire. Otherwise, don’t expect to be ready to use these spells when you get them. You’ll still need to take down a dragon…like the one by the Dragon Burnt Ruins (4).

If you haven’t gone to the Dragon Burnt Ruins beforehand, hide. Just beyond it, you’ll see a group of people get toasty thanks to the aforementioned Flying Dragon Agheel.

This is not a fight you can easily do at early levels, especially as a non-magic user (magic users, see here). Agheel has a lot of close-range attacks with its body and mid to long-range, area-of-effect attacks. Keep your distance.

You should level up and build up your armory of weapons, spells, and ash summons. Like everything in Elden Ring, you can always fight it after leaving the Cave of Knowledge, but it’s much easier with more experience and gear.

The aforementioned spells need such high stats because they’re so powerful. If you want to center your gameplay around these spells, invest heavily into Faith and Arcane and start as a Prophet.

These aren’t really supposed to be early-game spells, but with the right build, be ready to unleash the might of a dragon in battle.