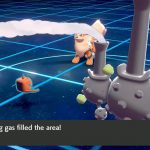 You are reading
Pokémon Battle Team Setup: Got Gas!

With the announcement of Pokémon Scarlet and Violet, I decided to go over another fun Doubles Battle Team. This month’s battle team I have dubbed Got Gas. This Pokémon team is for people that want to play a good team with a solid strategy. You also can have fun playing outside the metagame. So buckle up and get ready as we talk about Got Gas!

When it comes to the Got Gas Battle Team, the team’s attack is solid against certain metagames. As I looked for another good battle team to rent and learn I came across this setup created by Alberto Daza Islas. With this Pokémon team, he placed in the top 4 of Pokémon Players Cup 3. I looked at the team and strategy and I was hooked. Teams that aren’t super common or that are unique always pique my interest.

Regigigas and Weezing are a big core to this strategy. Weezing’s Neutralizing Gas can negate all abilities which can be a terror for other ability-based teams. All the while negating your own Regigigas ability of Slow Start, which allows him to not have to wait for 5 turns for his full stats! Regigigas essentially has the power of a restricted Pokémon and can knock out opposing Pokémon at ease. In other words, this strategy is great. The core four Pokémon for this team are Regigigas, Weezing, Shadow Calyrex, and G-Max Urshifu. 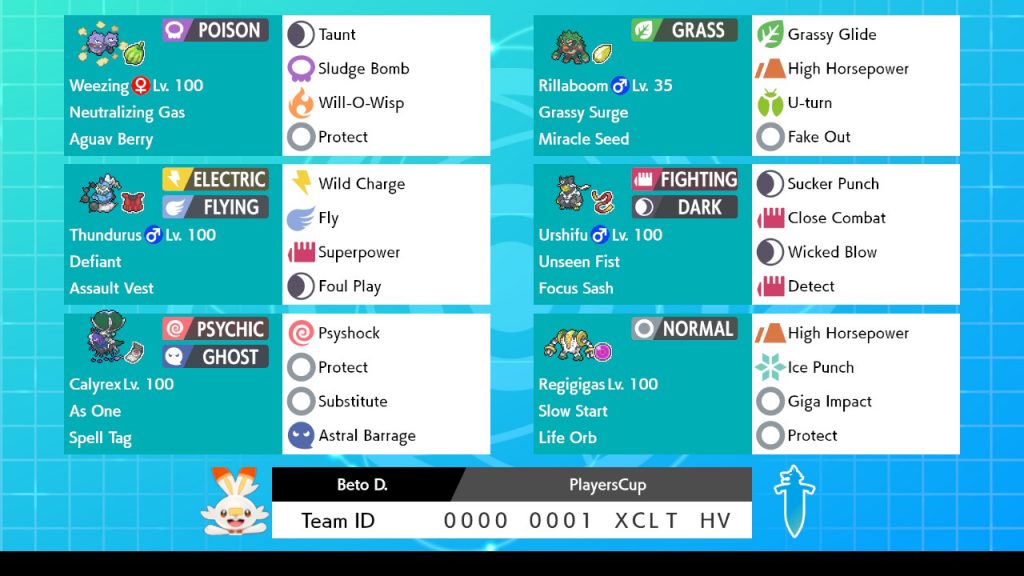 There are a few cool things to mention about the Pokémon team Got Gas. We get to take advantage of Weezing’s Neutralizing Gas ability to shut down a lot of ability-based opponents. All the while taking advantage of it with our Regigigas and dishing out the beatdowns. Now, this isn’t the ultimate team and might not do well in the current Zacian/Kyogre metagame. But with your own tweaks, you could still do well. This Pokémon team is effective against aggressive strategies where they just attack you fast and hard. Unfortunately, it can struggle will stall strategies like Trick Room and heavy stall strategies like the Stalling and Brawling team I wrote about.

When the metagame is aggressive those strategies I mentioned aren’t common though. Remember how Neutralizing Gas negates the abilities? Well, it won’t negate Calyrex’s As One ability. See, where we get to take advantage over your opponent. The fourth of the core Pokémon to compliment the team is our Urshifu. We want the Single Strike Urshifu here to have access to Dark-type moves for certain Pokémon. In addition, Urshifu also has a great priority move with Sucker Punch. Then lastly the team gets rounded out with G-Max Rillaboom and Thundurus. 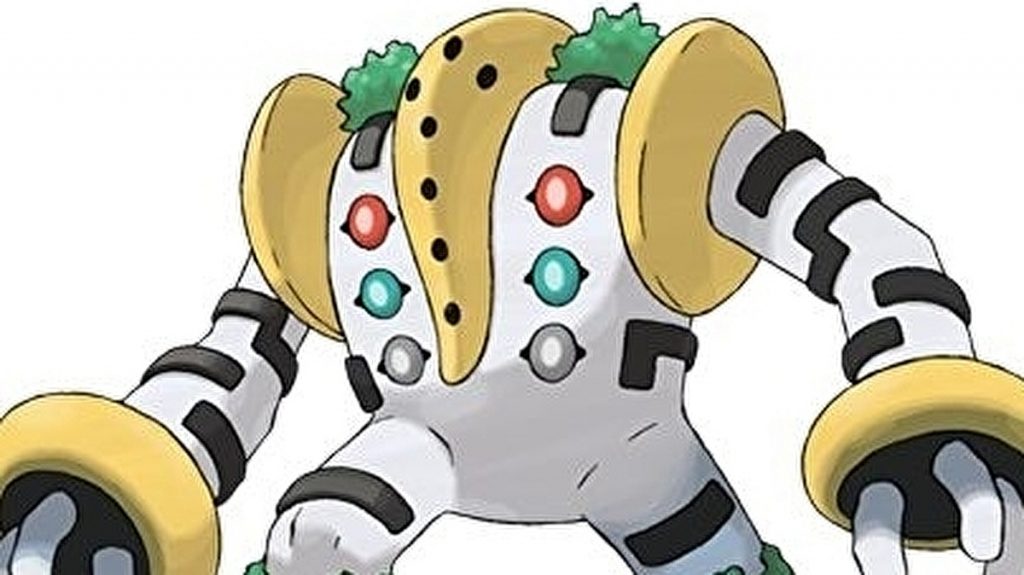 When it comes to the Normal-type Pokémon Regigigas is a powerhouse! Regigigas is a genderless Pokémon with the Slow Start ability. Slow Start cause his Attack and Speed to be halved for 5 turns. We are very happy to neutralize this with Weezing’s ability. Regigigas is holding the Life Orb which boosts the power of moves, but at the cost of some HP on each hit. The 3 best stats we focus on are Attack, Speed, and Hit Points. We want to be able to put out heavy damage and One Hit knock out opposing Pokémon.

The Pokémon moves Regigigas has are High Horsepower, Ice Punch, Giga Impact, and Protect. Taking advantage of Weezing’s ability we don’t have to wait for 5 turns for our stats to be normal. We can put out heavy damage right away with Giga Impact but are unable to act the following turn. If we get in a bind, we can use Protect to make ourselves immune to most damage for a turn. If used in succession Protect has a great chance to fail. We also have access to High Horsepower which also deals heavy damage. Then the last attacking move for the Pokémon is Ice Punch which is a solid attack. Though keep in mind, Regigigas is weak to Fighting-type moves. 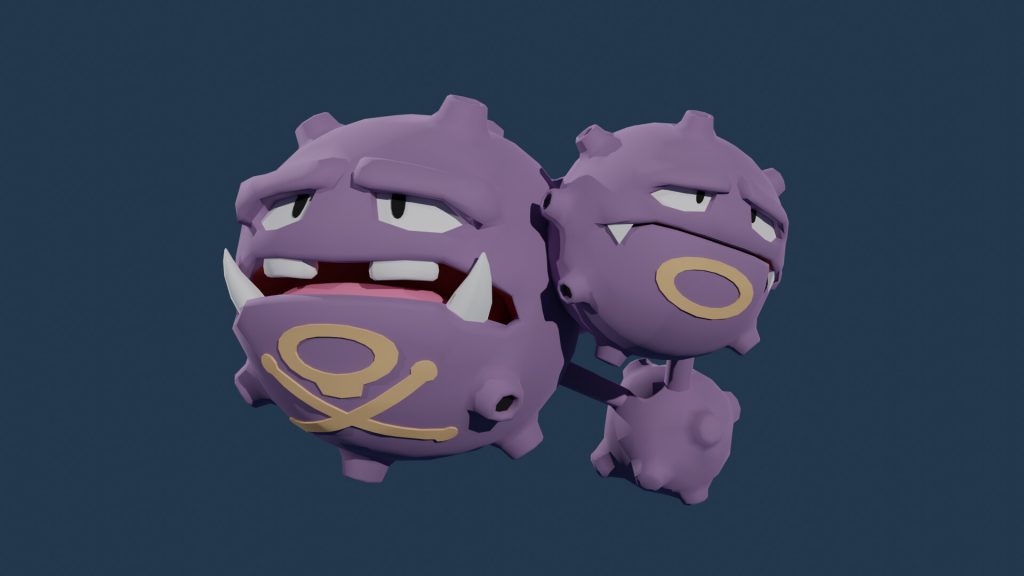 Next up we have the Poison-type Pokémon that makes this strategy all work, Weezing. For her, we have a female version with the Pokémon ability of Neutralizing Gas ability. Thanks to this ability if Weezing is in battle the effects of all Pokémon abilities will be nullified or will not be triggered. Allowing for our good buddy Regigigas to not have to worry about Slow Start preventing it from laying down the beats. Weezing is holding an Aguav Berry which restores the user’s HP in a pinch. It will cause confusion if the user hates the taste though. The 3 main stats for Weezing are Hit Points, Special Defense, and Defense.

With those main stats, Weezing is the battle team’s tank. Here, we use the moves Taunt, Sludge Bomb, Will-O-Wisp, and Protect. From above you already know what Protect can do, which is protect us for a turn. Will-O-Wisp is a status Pokémon move that inflicts Burn status, causing the target to take Burn damage over time. We can also use Sludge Bomb which has a chance to inflict Poison on the target and make them take damage over time here as well. Lastly, we have the move Taunt which will cause the target to only use attacking moves for 3 turns. Weezing is weak to Ground and Psychic Pokémon. 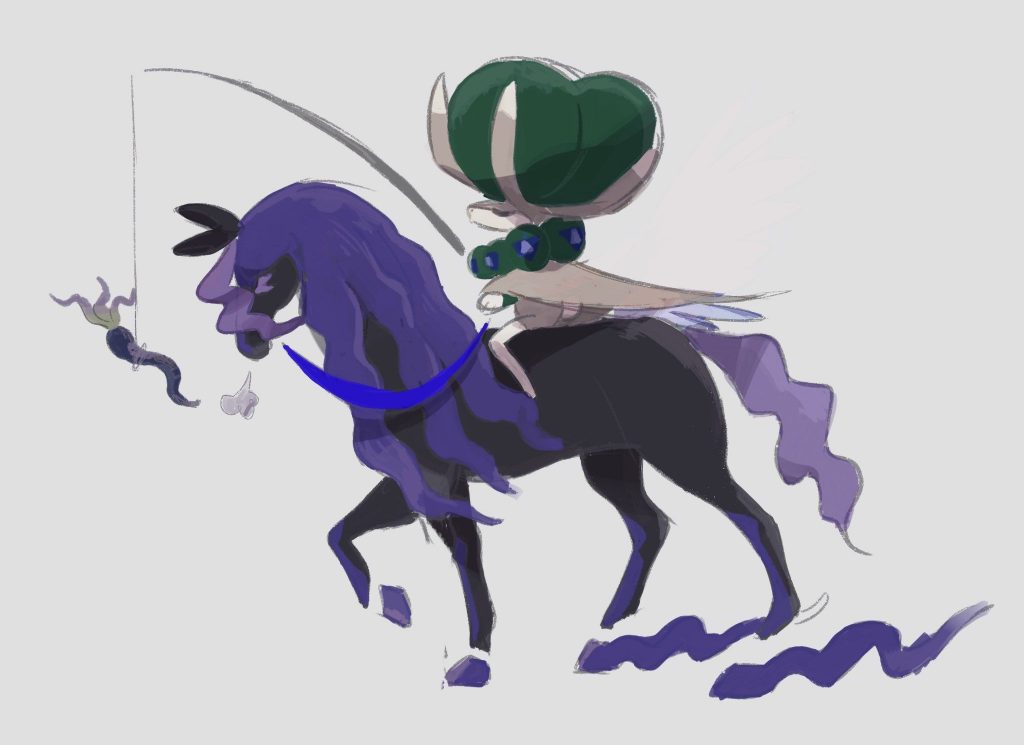 Third, on our Got Gas Pokémon team is none other than the Psychic/Ghost-type Shadow Calyrex. This Pokémon is genderless and has the ability of As One which combines the effects of both Calyrex’s Unnerve ability and Spectrier’s Grim Neigh ability. Unnerve prevents Pokémon from eating berries. While the Grim Neigh ability increases its Special Attack when it directly knocks a Pokémon out even allies. Keep in mind that it won’t trigger if Special Atacck has been increased by 6 stages. Calyrex is super fast and can hit hard so we focused on Special Attack and Speed. Here, we are holding a Spell Tag which boosts the power of Ghost-type moves.

The moves for this one are Psyshock, Protect, Substitute, and Astral Barrage. Calyrex is fast and hits super hard with Astral Barrage which has 100 percent accuracy. We can use Protect if we need a turn to set something up and make ourselves mostly immune except for a small number of moves. You can use Substitute which for the cost of some health creates a decoy for the user. We also have the attacking move of Psyshock which does physical damage to the target. Don’t be afraid to use it in combination with Weezing since Neutralizing Gas doesn’t stop Calyrex’s ability. Calyrex is weak against Ghost/Dark-type moves. 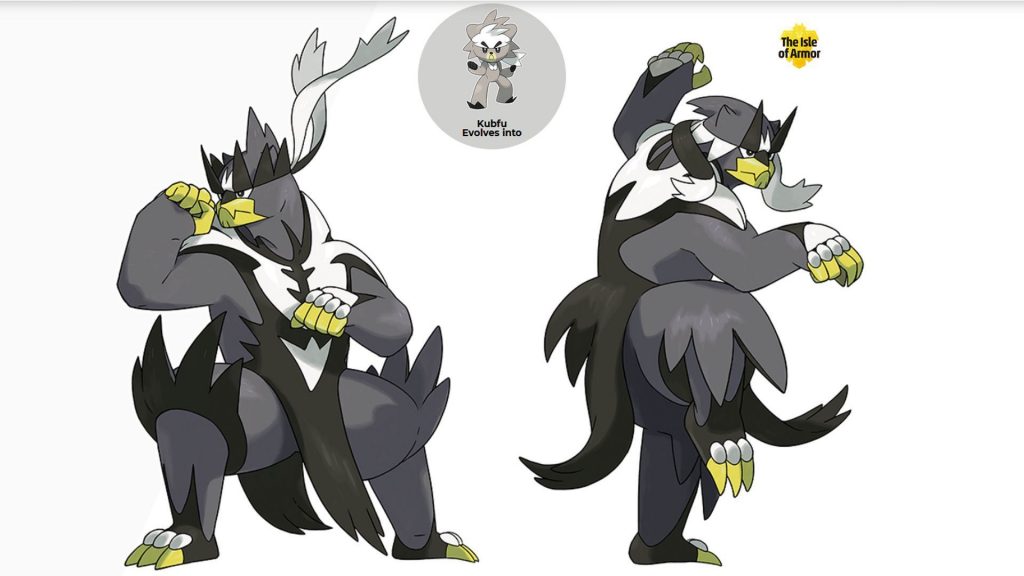 Next up is the Fighting/Dark-type Urshifu which is another great attacker, especially during late game. We went with a male which has the Unseen Fist ability. This ability is really good because if we make direct contact with a move, we can get through Protect and similar moves. Urshifu is holding a Focus Sash which If the holder has full HP, it will endure a potential KO attack with 1 HP. If used, the Focus Sash is then is gone for the rest of the battle. Speed and Attack are the primary focus here.

The moves we went for this Pokémon are Sucker Punch, Close Combat, Wicked Blow, and Detect. When it comes to Detect, it’s pretty much like the move Protect. Wicked Blow is great because if it hits the target it’s always a critical hit. Close Combat is a high-powered Fighting move that lowers the user’s Defense and Special Defense stats. Lastly, we have Sucker Punch which is a priority move. This means the user gets to attack first, but it will fail if the target is not readying an attack. Urshifu is weak against Fighting, Flying, and Fairy Pokémon. 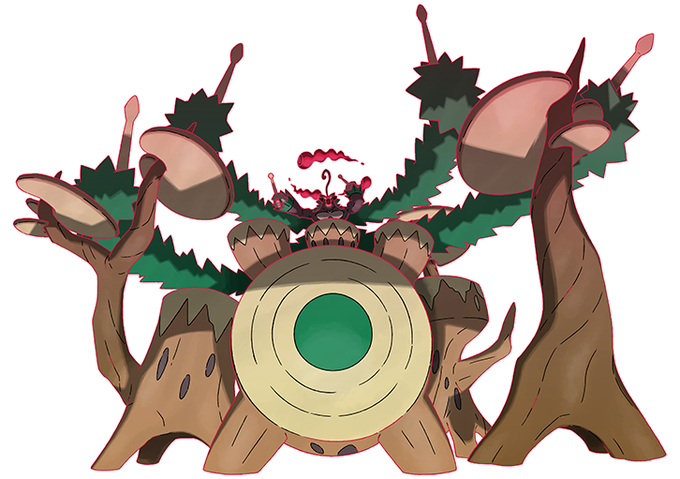 The next Pokémon we have is the Grass-type Rillaboom. Rillaboom is a male with the Grassy Terrain ability. Whenever he enters the battlefield, he changes the terrain to Grassy. This allows us to get rid of opposing terrain types especially Psychic. Trick Room teams might have Psychic Terrain so it’s very useful. Miracle Seed is the held item here as it boosts the power of Grass-type moves. Attack and Hit Points are the 2 highest stats here. Rillaboom does have the power to One Hit a Kyogre and deal massive amounts of damage to Groudon. Both of which are Legendary Pokémon.

Grassy Glide, High Horsepower, U-turn, and Fake Out are the movesets for this Pokémon.  All 4 are attacking moves with Fake Out being a priority move that will make the target flinch. Though keep in mind it only works the first time during Rillaboom’s first turn after he enters the battle. Grassy Glide always goes first on Grassy Terrain. High Horsepower is another strong attacking move. Lastly, U-turn allows us to hit a target and deal damage with the benefit of retreating and allowing us to bring out another Pokémon. Rillaboom is weak against Fire, Ice, Poison, Flying, and Bug Pokémon.

Our final Pokémon is the Electric/Flying-type Thundurus. Here we have a male Thundurus with the ability Defiant. This ability will boost his Attack stat sharply when its stats are lowered. If we decide not to use Regigigas as our primary, then Thundurus is next up to be our lead. Assault Vest is his held item that raises his Special Defense but prevents the use of status moves. Dynamaxing this Pokémon will allow for some massive damage if we aren’t using Regigigas. Speed, Attack, and Special Attack are all 3 good stats here.

The moves we got for this Pokémon are Wild Charge, Fly, Superpower, and Foul Play. Wild Charge is a strong Electric move that also damages the user a little. No Pain No Gain right? Then the move Fly allows the user to Fly up in the air and attack on the next turn while dodging one attack essentially. Our highest attack move is Superpower, which after being used lowers the user’s Attack and Defense stats. The last move is Foul Play which can deal greater damage the higher a target’s Attack stat is. Thundurus is weak against Ice and Rock Pokémon.

I really love that anyone can rent Pokémon teams and try out different strategies they are interested in. While the Got Gas team hasn’t been at recent events I have seen, with a few tweaks in the proper rules set, it could rise again. I’m usually stuck on a team for a long time before I switch to try another but I have been enjoying so many of these unique strategies that exist. With a little practice, anyone could pick this team-up, have fun, and find success. Stay tuned for more Pokémon Battle Teams in the future!