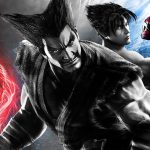 You are reading
Tekken tracks to Add to Your Playlist

Every gamer knows that most of the music we listen to is the soundtracks of our favorite titles. Our phones and Spotify playlists (or Youtube Music playlists if you’re into that) are filled with our favorite boss battles and level themes. But what if you’ve run your existing workout playlist into the ground and need something a bit different? Well, we’re here to help with a list of Tekken tracks that will certainly get the blood pumping.

Let’s start with the Tekken track that has taken TikTok by storm. This catchy little theme for the Beach stage debuted in the series’ fourth title, Tekken 4, and since then it’s gained new life in an internet trend. One where Tiktokkers use the Tekken theme as they imitate a particular fighting game stereotype. Or even better, they seek to dissect a type of person you’d run into in everyday life. With love, of course. Such as this masterpiece by Mike O. The song exudes the sunny rays of summer and apparently the ironic vibes of TikTok. If you have an account on the social media app, make one of your own. Slightly off lipsync and all.

Is the song a bit of a sensory overload? Yes. Does it go hard while also providing the audio atmosphere of a demented carnival? Also yes. But those things are what makes Fantastic Theater such an exciting track. This particular arrangement comes from Tekken Tag Tournament 2 (TTT2), the sequel to the original Tekken Tag, released in 2012 for Playstation 3. It’s the theme for the Odeum of Illusions stage which is a magician’s stage. Complete with said magician attempting to perform tricks while the fight is going on. Essentially, as players, we are ruining the poor performer’s set and there’s some satisfaction in that.

Let’s take another look at Tekken Tag Tournament 2′s soundtrack because we’re getting into the tech-heavy background music from the stage Fontana Di Trevi. Tekstep Fountain would fit right in at a Coachella DJ set. The heavy electronic sound mixed with the sweeping violins and the haunting distorted voices fits in with the stage’s almost haunted and dilapidated appearance. If a historical battle between two aristocrats happened at Burning Man, Tekstep Fountain would be the song that played as it happened.

Many fans know of the amazing customization theme Your Sunset from TTT2. Truly a perfect song for chilling out and embracing your own zen. You maybe already have it on your study playlist. But don’t count out it’s equally as chill and calming sister song, Midnight Closet. Whereas Your Sunset has a classic G-funk feel to it, Midnight Closet is more along the lines of G-funk mixed with the smokey feel of lounge music. Both Tekken tracks capture the kickback aesthetic but in different ways. Midnight Closet is the feeling of cruising home after a long night of hanging out with friends and enjoying the way the streetlights shine through the car windows. Put on Midnight Closet while sipping on your favorite beverage or on a rainy day in the afternoon when the sun is just beginning to peek through the overcast sky.

Imagine loading Tekken 7 for the very first time. You’re excited to see the next chapter in the Mishima family saga. You hear one of the most enchanting and awe-inspiring openings to a song. Next comes the heart-stopping beat drop when the synths come in. It’s seldom that gamers want to stick around the main menu, but Solitude manages to bring on that urge by perfectly capturing the overall mood of this game. The meeting of multiple viewpoints in this family drama. The tragedy of knowing Kazuya and Heihachi can no longer coexist. And if you’re privy to the story mode already, that one of them doesn’t leave unscathed. Solitude captures that duality of relief and sorrow within the story. The fight is over, but at what cost?

Or course, if you were playing the game as the updates were rolling out, then you remember the excitement of turning on the game and hearing the season 2 main menu theme. Still named Solitude but in a different arrangement. This time, the song has a more uplifting mood to it.  Such as focusing on the healing that comes after. The inevitable rebuilding that takes place must have a clear victor after all this time. The Mishima family has been doomed to fight from the start. But now the main two characters that have been in conflict are no longer circling each other. There’s peace. For now.