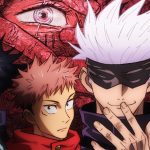 You are reading
Jujutsu Kaisen 0 Lands Behind Batman

Jujutsu Kaisen 0: The Movie was finally released domestically. Fans did show up to this movie and gave it a healthy first weekend. This film was able to gross a total of $17.6 million including its Thursday release. In the foreign market, it had already grossed $112 million as of this weekend. It’s great to see Anime coming to domestic theaters and doing well. Currently, Jujutsu Kaisen 0: The Movie is sitting at $129 million worldwide.

Of course, The Batman had another fantastic weekend. With $36.7 million Warner Bros was able to get this movie to cross the $300 million domestic mark and $600 worldwide mark. It doesn’t look like this film will hit that magic billion number. Which is not a bad thing at this stage. The horror movie X was able to gross $4.4 million in its first weekend. Certain horror movies usually click really well and have a great run even if they have a decent weekend. We’ll see next weekend if this movie can jump up a couple of spots.

7 Days and The Lost City will be the two movies coming out this weekend. Look for these two movies to make a small dent in the power of Jujutsu Kaisen 0: The Movie and The Batman. These two movies should be fighting for the top two spots.