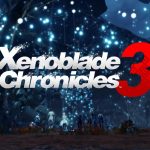 You are reading
Xenoblade Chronicles 3 Gets an Earlier Release Date

Delays are more common than ever with the current state of the world. So, it is refreshing when the opposite occurs and a game gets a closer release date. Today, that has happened with the highly anticipated Nintendo Switch exclusive Xenoblade Chronicles 3 now arriving July 29, 2022. Alongside the announcement came brand new looks at story and gameplay.

Check out the trailer below:

Why are Noah and his friends being pursued as “monsters” by the forces of the two nations they hail from? Witness the introduction of the mighty Ouroboros forms, the oversized entities your party can become during battle in this epic continuation of the Xenoblade Chronicles series.

The gameplay showed a variety of new mechanics like having up to seven members on the battlefield. Returning mechanics are also featured, such as Chain Attacks and status effects. The trailer gives a sneak peek at the Xenoblade Chronicles 3 Special Edition as well. It will only be available exclusively on the My Nintendo Store. 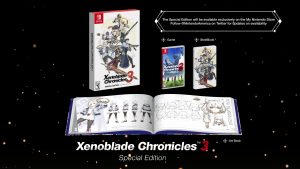 Developer Monolith Soft is known for its incredibly expansive and rigorous Xenoblade franchise. Development challenges have been on the rise as of late, so seeing the game being bumped up the calendar year is encouraging. This is very unprecedented considering The Legend of Zelda: Breath of the Wild sequel was just delayed to 2023. If anything, a delay for Xenoblade Chronicles 3 would have been received with less of a shock.