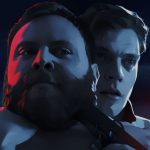 Marchal’s first described Interior/Night’s debut release as “an interactive story you can play with people that you love…you can play with up to eight players online or locally.” Thematically, the game “broaches mature and dark themes…but also uplifting moments.”

These human experiences drive the narrative of differing sizes. Marchal compared moments from keeping your character’s marriage together to resolving a hostage situation for this dichotomy. Your choices in these moments influence your character’s fate and state of mind.

The narrative spans three decades, starting in 1998. Desodt highlighted how this long timeframe elucidates the characters’ development from the player’s choices. “You really get to shape these characters with the decisions that you make and shape their stories and lives over decades. So you see the impact of your choices come out in their future.”

Desodt noted the game’s art style strives to be “unique and tailored to the [dramatic] type of storytelling. We wanted to capture the full emotions and all of those nuances that we express as humans.”

Much of the game’s buildings and vehicles are three-dimensional, but all characters are two-dimensional. As Dusk Falls focuses most of its character models on their facial expressions to convey their state of mind throughout the game.

When you play with multiple people, each player has a vote. That vote works for each choice, which happens about once every twenty seconds of gameplay. However, each player can also override the other players and single-handedly choose one of the options.

Simultaneously, overridden players can then override the original override. Marchal and Desodt both warn against abusing that mechanic because each player only has a set number of overrides. When you run out of overrides, you can’t use them again until the next chapter (there is an option to remove the override limit in the settings). 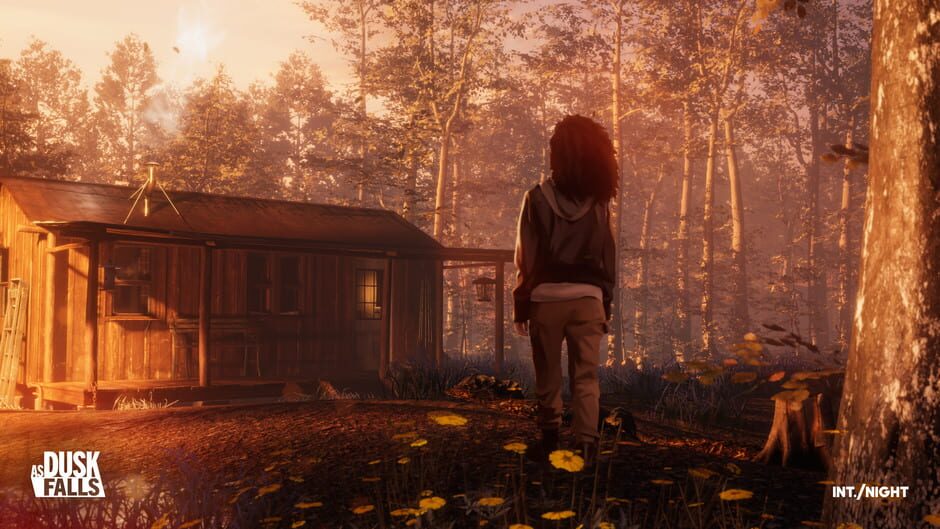 As Dusk Falls releases July 19th, 2022 on Xbox platforms. In the meantime, if you want to learn more about Interior/Night and their upcoming release, check out the full interview above.