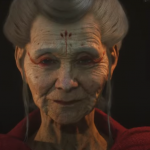 You are reading
Black Myth: Wukong Gets New 6 Minute Trailer

One of the coolest aspects of action RPGs is how different they are from each other. Whether it be from the approach to gameplay or storytelling, or even where the game is developed. From Western RPGs like Elder Scrolls to JRPGs like Final Fantasy there is almost a style for everyone. One game has swung to the front of the pack that took many by surprise, which is Black Myth: Wukong which is developed by Chinese developers Game Science. Focusing on the journey the Chinese god Wukong, this action RPG has looked incredible from what gameplay we have seen so far. Now a new 4K trailer has dropped diving into some of the characters players will encounter in Black Myth: Wukong.

Late last night a 6-minute story trailer was released by Game Science showcasing in-game cutscenes in motion. While the trailer is spoken in fluent Chinese it is easy enough to follow along thanks to the subtitles provided in the trailer. Portraying a dark and mysterious world, the trailer gives almost an intense horror vibe. While it is known that this game is an RPG, the dark overtones in the story make me wonder what kind of horrors we might see in the final game. You can check out the full trailer below. While the game doesn’t have an official release date, it is reportedly set to release sometime in 2023. We will undoubtedly hear more in the future as the developers feel comfortable to share more.

What do you think of the new Black Myth: Wukong trailer? Let us know in the comments and don’t forget to check back for the latest gaming news and information.