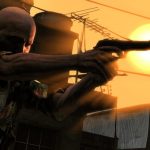 You are reading
Turning Back Time: Max Payne 3

Video games have often been painted by mainstream media as being a breeding field of drugs, weapons, and violence. The pearl-clutching of the late 1990s over the influence of video games on children and teenagers is something we still see to this very day. Games like DOOM, GTA, Call of Duty, and many more have seen the media’s lens heavily over the past two decades. But if there ever was a franchise that was the perfect blend of abhorrent violence, drugs, and weapons. It would be Max Payne 3.

A Brief History Of Max Payne 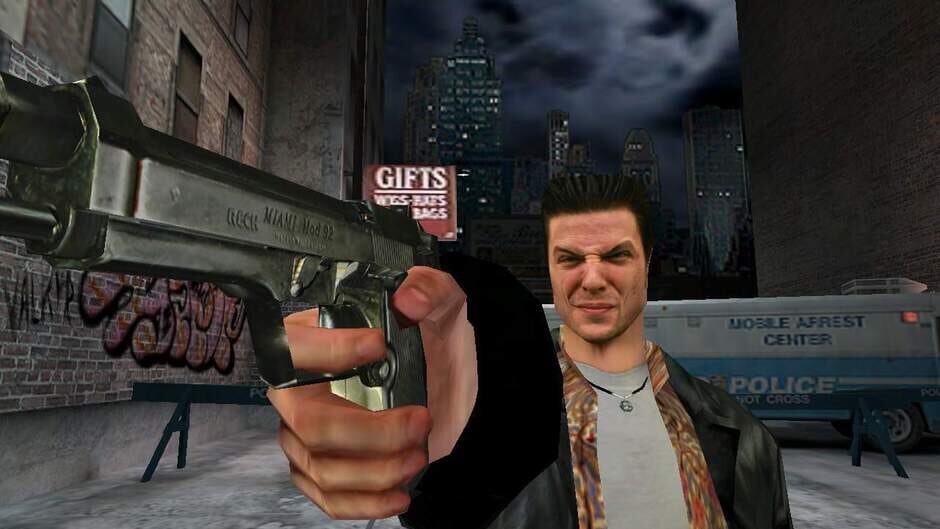 Max Payne originally was introduced to the gaming masses with its self-titled release in July of 2001. From developers Remedy Entertainment, Max Payne was a dark story of betrayal and revenge of a DEA agent who was framed for the murder of his partner. All the while suffering from the loss of his wife and newborn daughter at the hand of evil criminals. Blending paranormal mental experiences with grizzly crime action, the original Max Payne was like no other action game at the time.

Remedy ran into financial trouble in 2002 and ended up selling the IP to Rockstar/Take-Two Interactive. The sequel Max Payne 2, was released in 2003 and was considered just as great if not better than the first game. It won many industry awards not only for its gameplay but also for its narrative. However, the title did not meet sales expectations and ultimately sold poorly. Causing Take Two to shelve the IP. Fast forward to 2012 and Max Payne 3 was released under the seeing eye of Rockstar Games and Dan Houser. Houser was one of the main creative minds behind the Grand Theft Auto series and proved to be a great fit for the dark and grim Max Payne IP.

It was a smart move ripping Max Payne out of New York and transporting him to being a bodyguard for a crooked political family in Brazil. This offered unique opportunities to blend the morality of who was good and evil. This made for an interesting narrative delivery, no one really felt like “the good guys”. There were simply characters who weren’t as evil as others. Mixing this with the signature gameplay of previous titles, Max Payne 3 was a roaring success selling 3 million copies in its first week of release and receiving many industry awards. But what made this title so different than the previous installments? Why did people gravitate to Max Payne 3 so much more? It’s because of the unique twist of how they chose to portray Max coupled with their focus on “big” cinematic moments that had become a staple in recent years. 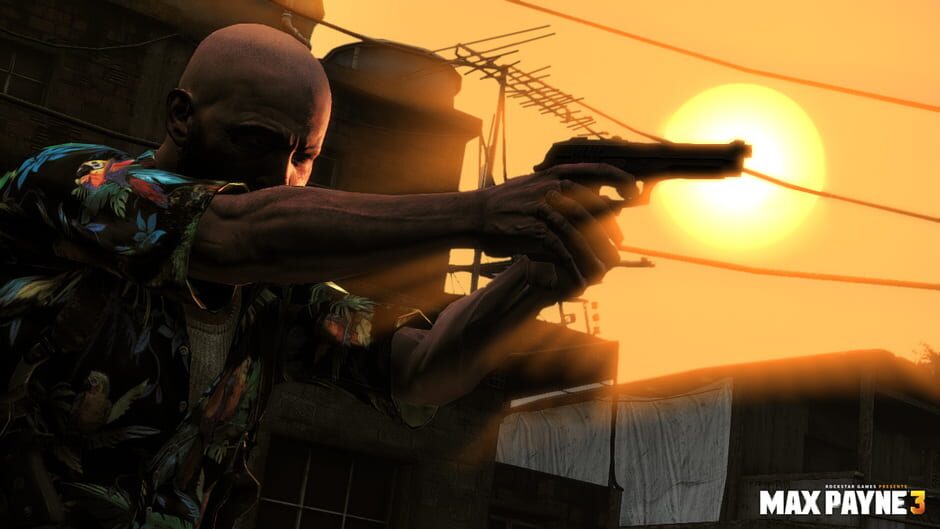 Max Payne has always been portrayed as a bitter and cynical man. Thanks in part to the loss of his wife and baby daughter. But in Max Payne 3 this is cranked up to 11, with an older and somehow even more cynical Max. With the weight of all his failures crushing him emotionally, he is nothing more than a husk of what he used to be. While Max was always bitter and spiteful in previous titles, Rockstar dialed this up with such memorable quotes as  “I was a dumb American in a place where dumb Americans are less popular than the clap…” Sometimes the line delivery feels completely over the top, but it carries a consistent tone throughout. Max is very aware that he is old and washed out as the story forces him to try and be a hero that he simply does not want to be anymore.

Many stories will try to glorify the hero because making the player feel like they are a beacon of good. Often this is an easy way to make the player find the character they are playing to be relatable or likable. However, Rockstar does not do this with Max. He often will make decisions by the seat of his pants that likely have predictably bad outcomes. But as you play more as Max, you see him endlessly consume large amounts of alcohol and painkillers, which often lead him into drunken rages during enemy encounters. He was truly an unhinged man, making drastic and terrible decisions that constantly left him with more and more blood on his hands.

What made Max Payne so unique was its Matrix-like bullet time combat feature. The ability to slow down time and take out multiple enemies in slow motion is possibly still one of the most badass mechanics in gaming. In an era of the Xbox 360/PlayStation 3 where cover shooters were a dime a dozen and often felt so similar to each other. That they often blended together in a dark-colored overly washed-out mess of press X to wall cover. While Max Payne 3 is also guilty of the late 2000s trend of washed-out dark colors, the gameplay really helped it stand out. While you could take cover within the game, often situations would force you out of hiding behind cover.

Enemies would swarm you from all directions forcing you to use the bullet time. The mechanic operated on a stamina style meter, that fills up from landing headshots and killing enemies. Instead of hiding behind cover and waiting for your health to regenerate you would be rewarded for being aggressive, especially on higher difficulty modes. This makes it feel like you never truly have a moment to rest which some people might find overwhelming. I found this makes the game a full-tilt whirlwind of violence and gunplay. Right up until the game’s final insane moments which feel like they are stolen right out of a ’90s action movie. 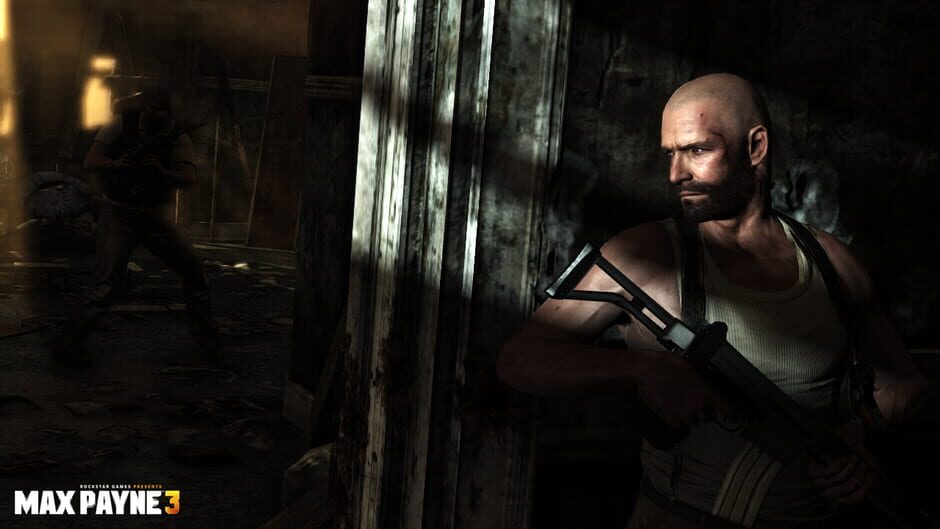 One of the biggest differences between Max Payne 3 and its previous installments is the focus on “cinematic” moments. In 2022 it is common for many games to have moments that feel like they were ripped right out from a high-budget action movie. Back when Max Payne 3 was released in 2012, Uncharted arguably was the leader in these types of moments. Who could forget the opening level of Uncharted 2 as Nathan has to scale a train dangling off of a cliff? It was possibly one of the most impressive cinematic/gameplay moments and it was released in 2009.

Rockstar, however, would not be outdone as Max Payne 3 combined over-the-top cinema-style moments with the franchise’s signature slow-motion action. From jumping a speed boat up a ramp and killing a crew of cartel thugs in slow motion. Or diving out a nightclub window to take the battle to the dance floor. There was a real focus from Rockstar on making sure they had their own spin on this cult classic franchise. Personally, this is one of the reasons I enjoyed Max Payne 3 so much. Rockstar didn’t try to replicate what Remedy had done before. They made the game their own. While it lost some of its noir overtones, at its core it still was a Max Payne game.

Something that makes Rockstar so special is their attention to detail, and focus on delivering impactful gameplay. The guns are so powerful in Max Payne 3. When you shoot an enemy with a shotgun and blast their body over a table it feels so dynamic. Even when using a basic pistol when you connect with headshots the reaction of the enemies feels so authentic and weighted. This also translates to when you are controlling Max. He feels like has weight to him. What I mean by this, is that the controls don’t feel floaty. I actually prefer to take off the aim assist while playing Max Payne 3. Even while playing with the controller it feels like its does the game a disservice to play with aim assist. Rockstar may have lost the noir overtones of the previous games, but their attention to detail took the gameplay to new heights.

If you are into 3rd person shooters, it is absolutely worth picking up and trying Max Payne 3 in 2022. Its early 2000 action movie aesthetic is held up well by its free-flowing combat. While the game certainly shows its age in terms of how linear it is, as well as the obsession with dark overwashed colors that dominated action games at the time. But Max Payne 3 remains one of the best 3rd person shooters from the Xbox 360/PlayStation 3 era.

Max Payne 3 is available on PC via Steam, as well as on Xbox Series/Xbox One via backward compatibility. Even with how packed the holiday season is looking for 2022, Max Payne 3 is a must-play if you are a fan of cinematic action titles.