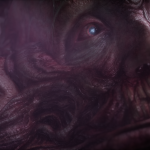 Scorn is a first-person, puzzle-adventure game developed by Ebb Software and published by Kepler Interactive for PC and Xbox consoles. Announced back in 2020, the game saw a delay, and got bumped up a week, but it’s finally here. While this gruesome game does feature some lite combat, its adventure and puzzle gameplay take the forefront. Despite the studio being respectfully transparent about the lack of dialog and gunplay, Scorn has mostly been shrouded in mystery. Let’s lift the veil. 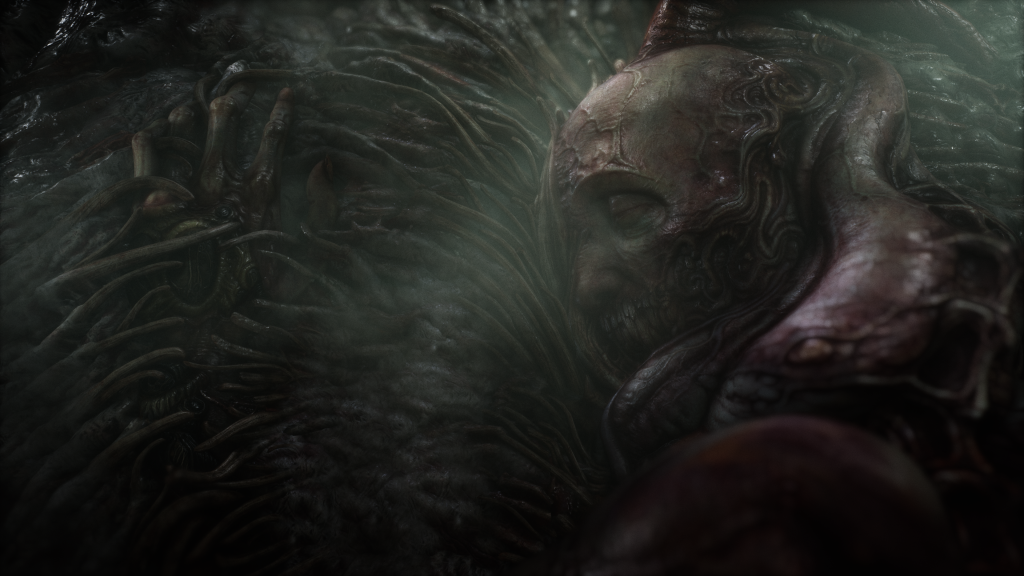 The Ruins of An Ancient, Alien Civilization

Scorn is ostensibly about the last remaining inhabitant of a fallen civilization. I say ostensibly because that’s what I gathered from context clues and environmental storytelling. The game didn’t explicitly communicate anything to me during this roughly five-hour experience. To be completely frank, I could be totally wrong about my assumption of this game’s story. However, I think that was by design.

The player assumes the role of a nameless, humanoid creature who falls into a chasm and upon waking up, begins navigating their way through a series of puzzles to, again, ostensibly escape. However, our protagonist isn’t necessarily alone on this planet.

There are mysterious alien-like creatures roaming around that seem to be mid-evolutionary development. Almost like some of them stopped mid-Animorph transformation. All jokes aside, I never discovered where they came from or if they’re native to the planet. But vagueness is par for the course with Scorn.

But What Does It All Mean?

To be honest, I don’t really know what Scorn is about, and that’s a bit frustrating. I’m all for nuance and ambiguity, but Ebb Software’s open-to-interpretation approach to storytelling borders on nebulous and incoherent.

I wish I could say that Scorn’s amorphous plot left me with nothing but questions. But the sheer obscurity left me in doubt that Ebb Software has anything of consequence to say with the story. So, I hardly feel compelled to speculate.

All I know is that this society clearly lies in ruin after something cataclysmic took place. But everything felt meaningless in the end. Maybe Ebb Software is trying to make an allegory for society and the monotony of our daily lives ultimately being meaningless. But that’s all I can think of, and I suppose that is for the audience to discern. It’s truly, and ironically, puzzling. 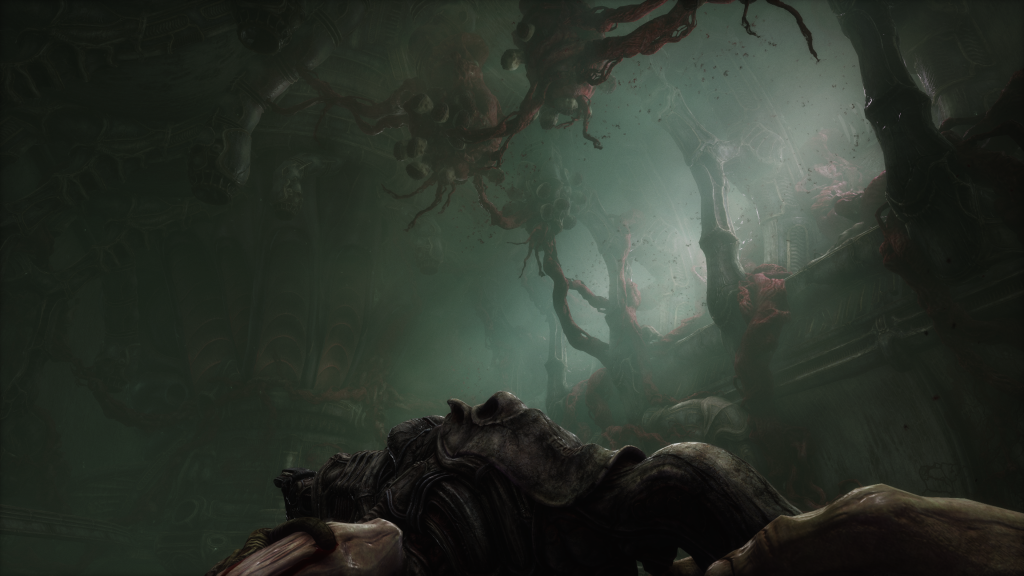 If the plot wasn’t puzzling enough, Scorn’s puzzle-adventure gameplay will also leave you scratching your head. As I mentioned before, the game doesn’t explain anything to the player. You essentially have to explore and test out every interactable object. While being obtuse, I do think this helps keep the player immersed in the environment.

I wandered around the protagonist’s abnormal abode testing the mutilated mechanisms, knowing something should be where this big mechanical arm is moving toward. But I need to find it and figure out how to get it there. I could only proceed once I found out how all these machinations fit together.

I think if one can appreciate this vague sense of direction, they’ll enjoy the core gameplay. But some may find themselves frustrated. I fluctuated between enjoyment and frustration, but puzzle games have never been my favorite genre. Where I derived enjoyment is from how the puzzles nestled naturally into the environment. 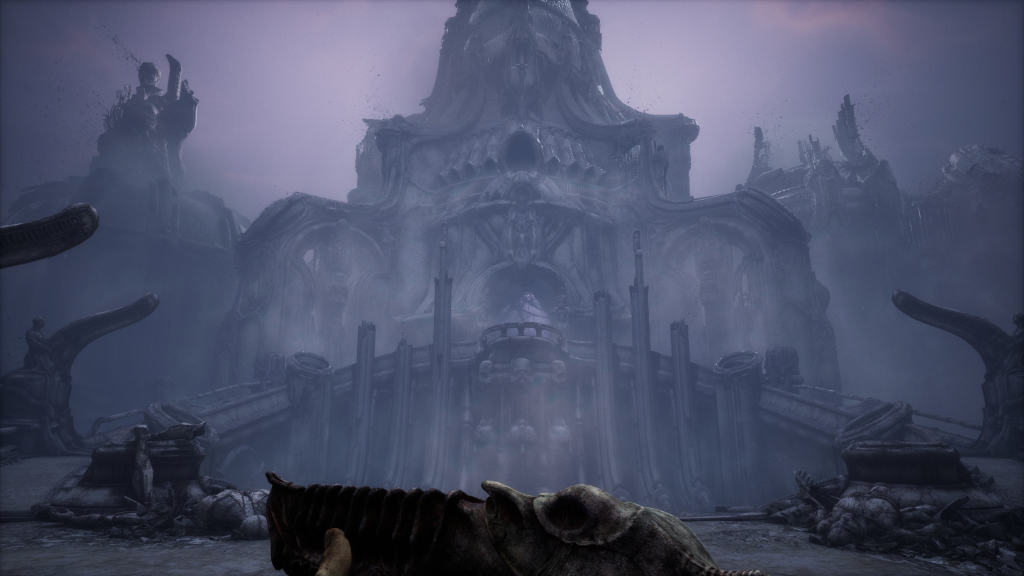 Obscurity seems to be integral to the design philosophy of Scorn. Despite the environment being the antithesis of welcoming, the setting is intriguing enough to explore. Every puzzle feels like a task that used to be completed by this collapsed society. Except, you’re alone, and have to complete each step in the conveyor belt process yourself. Albeit, with literally no direction or understanding of what task you’re completing. You’re really just figuring things out as you go along.

Along your journey, some rather phallic fauna are roaming the premises and will greet you with resistance. However, you will acquire some weapons to aid you in dealing with them. Ammo and health are scarce, but I didn’t find the enemies to pose much of a threat. Most encounters I simply ran away from and that didn’t prevent me from progressing. I would guess that I defeated roughly thirty enemies total, and that’s being generous.

Scorn is absolutely not about combat. Which is only really a shame because the weapons are quite cool. They all attach directly to the protagonist’s right arm, and even the ammo is composed of biological material. You literally load bone pellets into the pistol. It’s unsettling, but admittedly, very cool. Just don’t expect this game to handle like a twitchy first-person shooter. It handles more like Bioshock or Fallout.

Thanks to Scorn’s aesthetic, I think a lot of people will see it, and think it’s some sort of Doom-esque shooter. Those people will likely be let down, despite Ebb Software’s transparency about the game’s puzzle-adventure gameplay. While I’m not the biggest fan of puzzle games, Scorn definitely stands out in the genre. But that mostly comes down to the aesthetic. 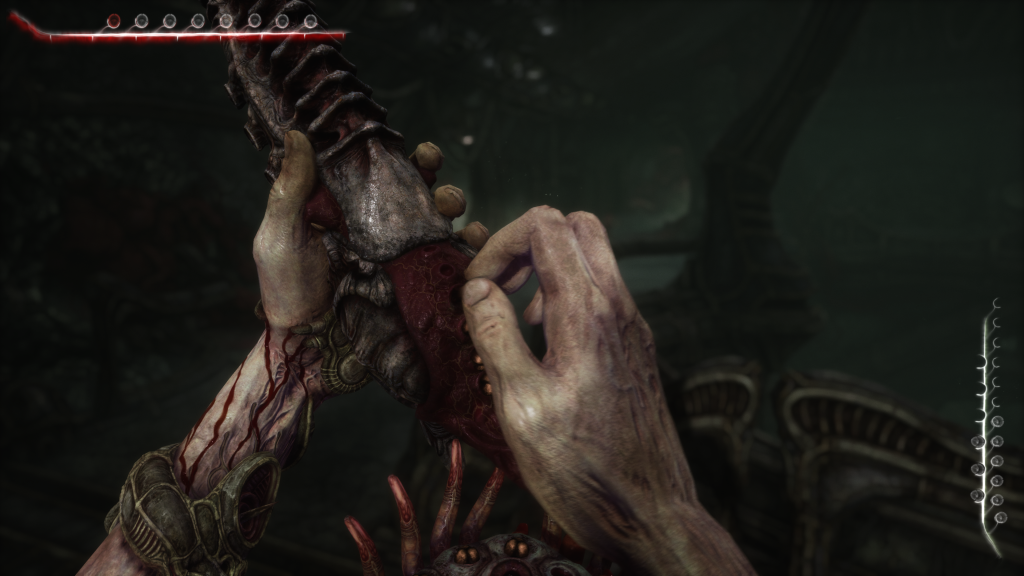 H. R. Giger Would Be Proud

Disturbing, disgusting, and unsavory are all words I would use to describe Scorn’s art-style. However, in this case, that’s a good thing. Anyone familiar with the Alien franchise has seen H. R. Giger’s artwork and Ebb Software is seemingly quite inspired by it.

Everything about Scorn’s visuals is unsettling, and Ebb Software absolutely nailed this design aesthetic. It might not be for everyone, but the artists that designed this world deserve their roses. Every inch of this world feels meticulously crafted and purposefully designed.

I did notice some frame-rate dips on Xbox Series X, particularly while enemies were on screen, and I was reloading. Also, during the larger set-piece at the end of the game. But I didn’t notice anything game ruining. Ebb Software didn’t include a performance/quality mode, but you can disable motion blur and doing so may help with performance.

Scorn is beautifully gross but despite its revolting aesthetic, it’s masterfully constructed. From stem-to-stern, Ebb Software is unrelenting in its approach to the game’s visual design. However, they didn’t stop there. 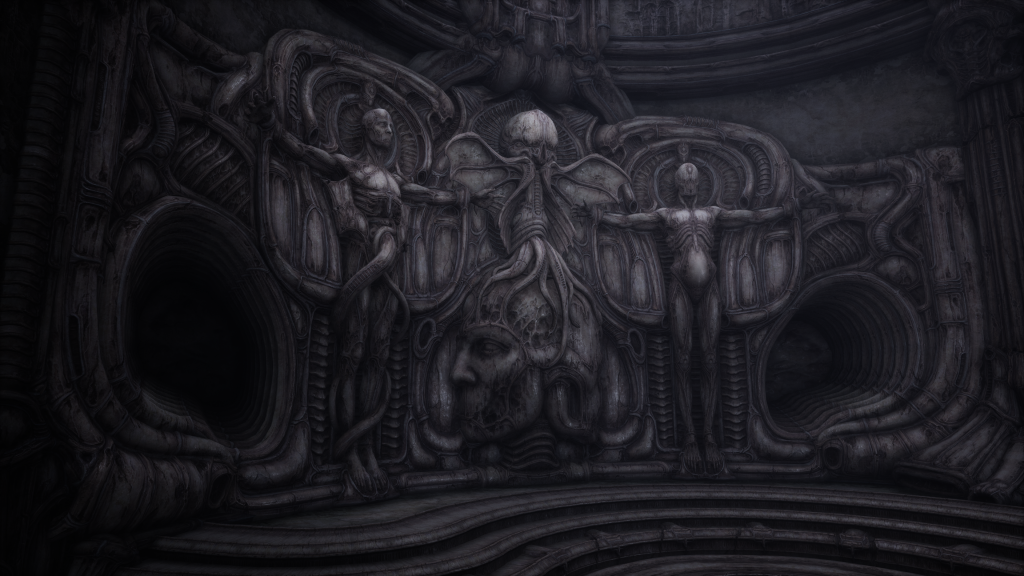 Before I even launched the app, I knew Scorn was meant to be played with headphones. I was haunted by the atmospheric echoes, the fleshy pitter-patter of bare feet on biomaterial floors, and the gut-wrenching gnashing of flesh being pulled apart. Additionally, Scorn often tricked me into thinking I was being followed or observed with its use of directional audio.

As I mentioned before, there isn’t any dialogue in Scorn. However, I think that aids with the isolation and eerie setting. Not being concerned with the protagonist muttering things to themselves along the journey, it left a vacancy in the airwaves for paranoia to wash over me.

Not to mention, the ambient music is subdued and sits well in the mix. Never did it distract from the echoes of ruin swirling around me. In fact, the music reassured me. Swelling as I progressed and subsiding to remind me there’s still work to be done. Everyone talks about how Scorn looks, but how it sounds might be Ebb Software’s crowning achievement. 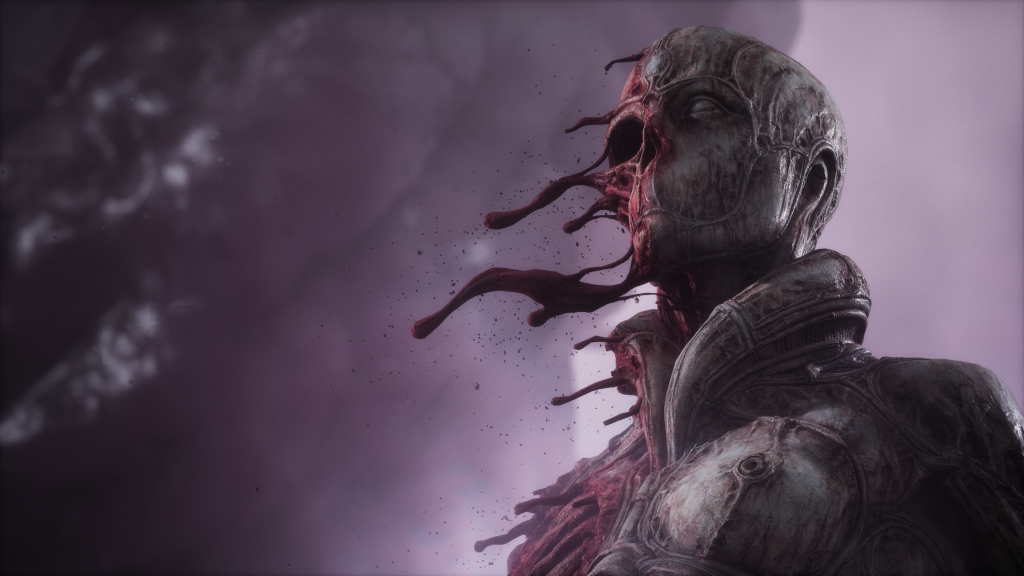 Despite being utterly grotesque, Scorn’s visuals are great, and the sound design is a cut above. The puzzle-adventure gameplay is intuitively designed and is a great pairing. However, the vagueness of its design philosophy is often confusing, and I think the confusion outweighs the fun.

Unfortunately, the creative choices the developers took with the story didn’t do it for me. While I can appreciate a show-don’t-tell approach, I think there needs to be some bespoke parameters. Solely relying on environmental storytelling is a cool idea in theory, and I appreciate Ebb Software seeing it through to the end, but ultimately it felt all for naught. As a result, this game is incredibly niche, and I think the audience for Scorn is really small.

Everything in Scorn is clearly deliberate, so I can’t imagine the story and plot are any exception. However, I completely beat this game, rounding up every achievement on offer, and I have little to no idea what it was about. I don’t think it’s completely devoid of meaning, but I won’t be sticking around to uncover that for myself.

What do you think of Scorn? Let us know in the comments below!