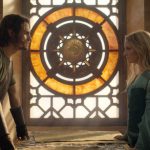 You are reading
The Rings of Power is Halbrand’s Journey

Amazon’s Rings of Power series just wrapped its first season. The finale was full of revelations, some baffling and some predictable. The series suffered from very uneven pacing and plot decisions seemingly driven more by where the story needed characters to be rather than where the character’s decisions would lead them to be. However, this particular  critique, when viewed from a non-point of view character, in this case Halbrand’s, make this first season a compelling journey about the rise of a king.

Halbrand is Sauron. The series makes this fact unequivocally clear. Whether it was a twist the audience saw coming, or something out of left field is for your own journey with the show to determine. There were certainly ample clues, after all, Halbrand’s second line is “appearances can be deceiving.” However, setting aside the twist, Halbrand’s journey through these eight episodes is perhaps more compelling than that of any of the dedicated point of view characters. 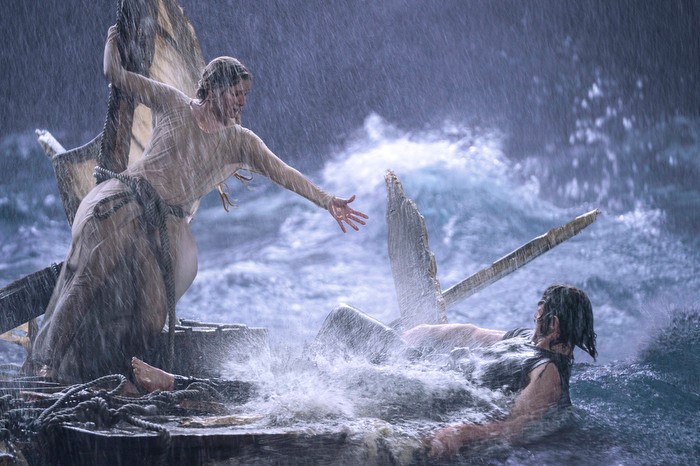 When Galadriel first meets Halbrand, he is quite literally adrift on a raft in The Great Sea. As Sauron, he has witnessed the defeat of his master Morgoth in the War of Wrath which is shown at the beginning of Episode One. We later learn that the orcs that his master had created have rebelled against him under the leadership of Adar. Halbrand has nothing anymore. He has no purpose. He has no power. Despite there being others on the raft, he is alone. However, where he is adrift may reveal something about his state of mind at the opening of the series.

He is not floating just anywhere. He is in the Great Sea, near the seaway to Valinor. It is no coincidence that he is here. Indeed in The Silmarillion, it is said Eönwë, chief of the Maiar ordered Sauron to return to Valinor and receive judgment. Canonically, he never does so. The Rings of Power posits that it is through the intervention of Galadriel and her rescue from the sea that results in him staying in Middle Earth. This is the first of what, in Sauron’s mind, are the acts of fate that lead him to where we end the first season. After all, the odds that the Commander of the Northern Armies winds up on his raft are astronomically slim. In fact, to Halbrand, it must look like the hand of fate.

The Hand of Fate

Beaten, humiliated, and adrift both physically and spiritually, Halbrand is full of reluctance to return to the place of his greatest failure. Indeed, the first few episodes of the season, Halbrand continually tells Galadriel that he has no desire to return to the Southlands. That only death waits for him there, both literally and figuratively depending on how we are to interpret Adar’s claim to have killed him. Meeting Galadriel and taking these scenes at face value, including the fact that he saves her from drowning show that he is potentially sincere in his desire to make amends. Though he is clearly not far along the path given the brutality in which he dispatches the guild members in Episode 3.

Halbrand, at this point, does not want to be king. In fact, Galadriel thrusts the role upon him in her zeal. She is an arrow in the first season. She is on a singular mission with no regard for what is damaged in the process. So focused is she that she cannot even see that her target is right in front of her. To Halbrand, the woman who has dedicated her life to hunting him now is desperate to anoint him.

Throughout the Númenor plotline, Halbrand resists Galadriel’s desires to return to the Southlands. After all, Middle-Earth has inflicted a great trauma on him psychologically. Yet, Galadriel continues to push, and Halbrand is treated to a delicious irony. The foes of both him and his master are now raising an army to put him into power. The men of Númenor and the Elves of Lindon allied with the Valar to cast down Morgoth. Now, they would be the instrument of his revenge. They would either put down the treacherous machinations of Adar, or they themselves be slaughtered. Either way, it is an enticing proposition, even for someone seeking redemption.

The changing attitudes of the Númenorians towards the quest to Middle-Earth, from outright refusal to soldiers begging for a spot on the ships and the Queen Regent herself joining the expedition all must be a staggering boost to Halbrand in terms of finding his place in the world. Where before he was subject to the whims of the seas, now he sails at the head of the most powerful navy in the world. He has found his direction and it points not towards judgment in Valinor, but towards power in Middle-Earth.

Halbrand and the Allure of Power

Halbrand’s return to Middle-Earth serves as a strong reinforcement of his feelings of providence’s hand upon him. Within days of his arrival he is able to track down Adar. Adar is his rival for the legacy of Morgoth. He usurped his power over the orcs and may have killed him. Sauron, as a member of the Maiar, is a spirit and can survive the destruction of his physical form. This is shown in The Lord of the Rings films where Sauron appears as a great eye. It is therefore entirely plausible that Adar is telling the truth. That he did kill Sauron’s physical form in a power struggle over who would be the heir to the ruins of Morgoth’s empire.

Surprisingly, he does not kill Adar and even saves Galadriel from killing him. This tells us that either he has more plans in place, or that he is perhaps still not entirely sure that he can not chose to be better that what he was. This holds until Galadriel once again acts as the hand of fate pushing him further down the path towards power.

The Rings of Power to Rule Them All 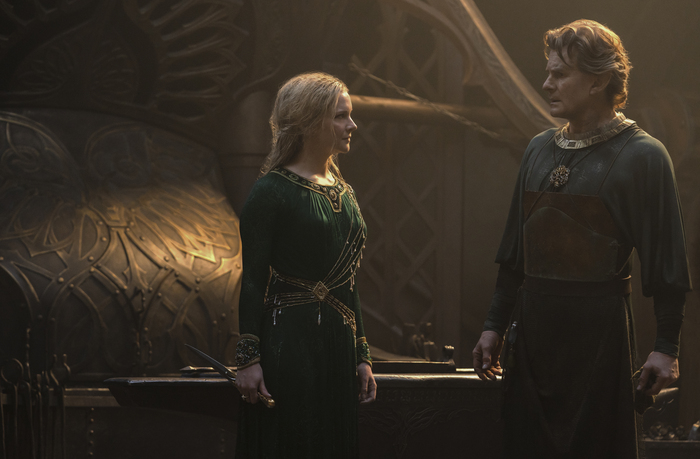 At the conclusion of the penultimate episode, Galadriel makes the decision to take Halbrand to Ost-in-Edhil. She then introduces him to Celebrimbor. In Halbrand’s mind, he is now a kid in the proverbial candy store. He has been given access to the heart of the greatest nation in Middle-Earth and knows that they are vulnerable. Furthermore, the greatest Elven smith is trying to build weapons “not of the flesh, but over flesh”, a craft that Sauron knows intimately.

The seductive nature of power is a consistent recurring theme in Tolkein’s work. We see the power of the rings to call and tempt souls throughout The Lord of the Rings films. Boromir succumbs to it. Bilbo is addicted to it. Galadriel and Gandalf both manage to resist it though not without great feats of will. Halbrand has no incentive to resist the call to power. In fact, everything thus far in the show has shown him that this call is his destiny. These rings are the final physical manifestation of the ultimate power and control that his former master could not achieve over the beings of Middle Earth. Halbrand, Sauron, now has the chance and the pathway to succeed where Morgoth failed.

The seduction is now complete. Providence has delivered Halbrand an army, a victory over his rival, and placed him in a position to dominate the souls of the elves. There have been too many coincidences, too many happenstance occurrences for it to be anything but fate. Fate driving Halbrand to a single inexorable truth: he is meant to rule. The failure of his master was not Sauron’s failure. Despite his earlier reluctance, his aimless sailing, and efforts to not be a part of this story any longer. He has been given every sign that this is his destiny.

What choice does Sauron have but to seize it? None. None at all.