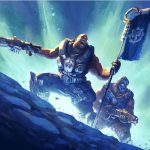 You are reading
Gears 5 Gridiron: The Coalition Has Created Their Version Of Search And Destroy And It’s Brilliant

One of the interesting aspects of live service games is how things can change from patch to patch. The struggle many developers have faced during the rise of these games is creating content that accomplishes two goals. First keeping the current fanbase happy with consistent updates and adapting to player feedback. Secondly, come up with creative and interesting content to draw in new players as well as make players that may have fallen off come back. This constant battle back and forth has been the struggle of a wide variety of service games. Gears 5 was a game that I fell off during Operation 2 very quickly. However, with Operation 3 a brand new game mode has brought me back to the game in a big way. Gears 5 Gridiron may be one of the best PVP modes I have played in recent memory.

Gears 5’s Gridiron faces two teams of 5 against each other as they fight to capture and run a neutral flag into the oppositions spawn. However, the game mode has a twist. Players only have a single life per round. Unlike Gears popular game mode Dodgeball, if you die you are out until the result of that round is determined. The first team to 13 points wins the match. You earn one point if the time runs out and you hold the flag. If you eliminate the entire enemy team you earn two points. You can also earn two points by running the flag into the enemy’s spawn point and spending five seconds on the point to secure victory. Sounds pretty straight forward right? That’s because it is, and that’s where the brilliance of the mode really shines through.

Easy To Learn, Hard To Master

Some of the best PVP game modes are due to the balancing of the skill ceiling. Something a lot of games struggle with is having an approachable entry point for new players. While also providing a high skill ceiling so players continuously find new ways to improve and play. My good friend Samuel, got me back into Gears 5 after I hadn’t played it in a few months. I was concerned that since I was so rusty, that I might struggle in such an objective focused mode. However, I quickly found myself getting the hang of the mode. While it became apparent very quickly that Gridiron requires a certain balance of killing and objective focus. 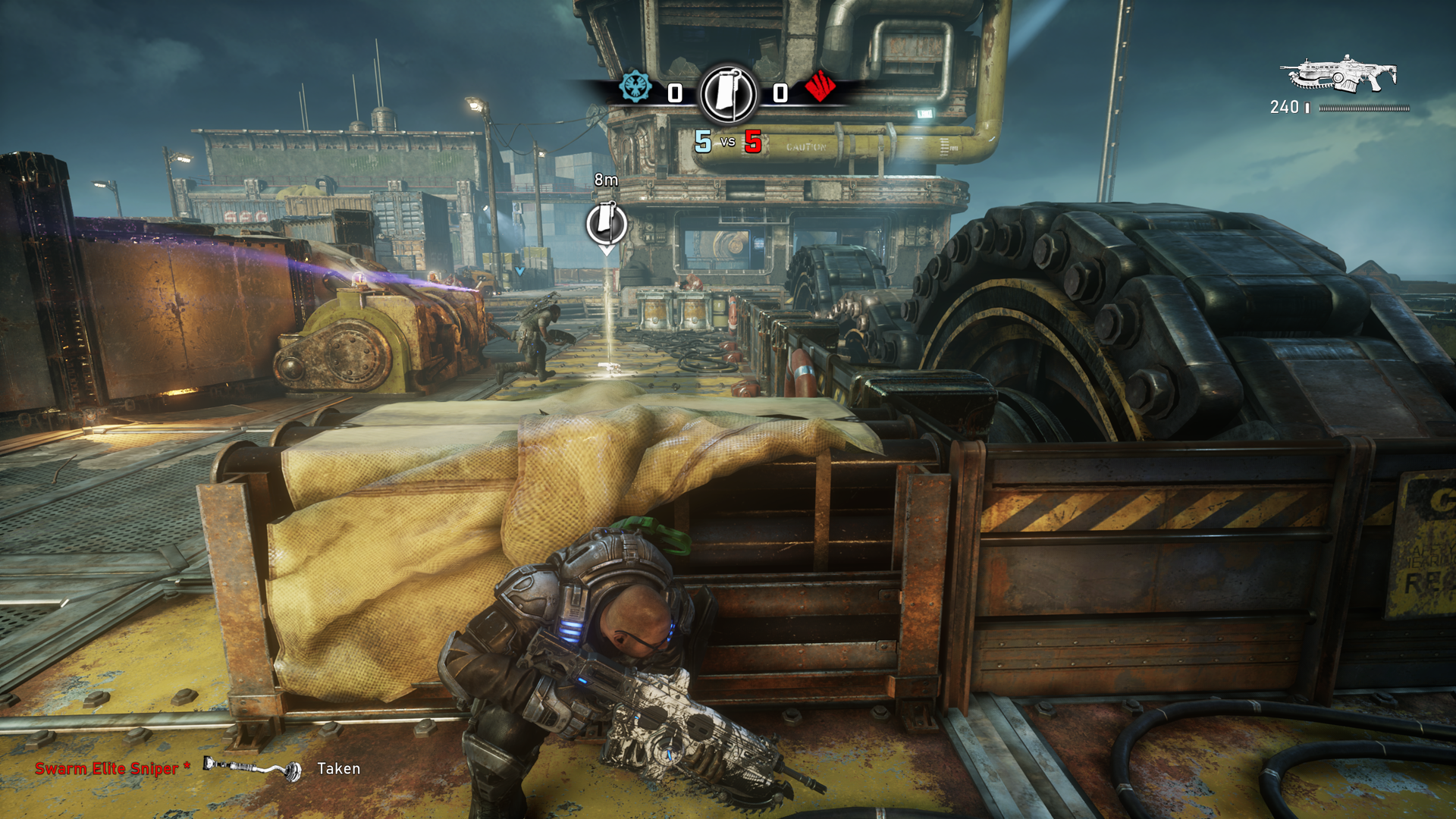 As a long time veteran of Call of Duty’s Search and Destroy the one criticism I have always had of the mode was the lack of forcing the objective. A good 90% of Search and Destroy matches simply end with one team eliminating the enemy team without the bomb ever being planted. In Gears 5 Gridiron, team coordination and having a plan of attack surrounding the objective is an absolute must. Positioning on the map can make or break your team in a big way. If you rush with your whole squad and the enemy snags the flag first and runs down a side lane, you can quickly lose the round because you are pushed up too far. Communication is key to winning

An often downside to “one-life” game modes is that if you get killed first. It can sometimes feel like you spend more time watching someone weapon swap in a corner, then you do playing the game. While some people will simply say, “then just don’t die”. It is important to find a balance for players so that they don’t simply quit the moment they get killed first. With how fast-paced Gridiron is the rounds feel insanely quick, and you are back in the game in no time. If you lose a round, it never feels like you can’t come back from it. Sometimes you will have a couple of bad rounds and be down 2-10 and then somehow end up winning the game. 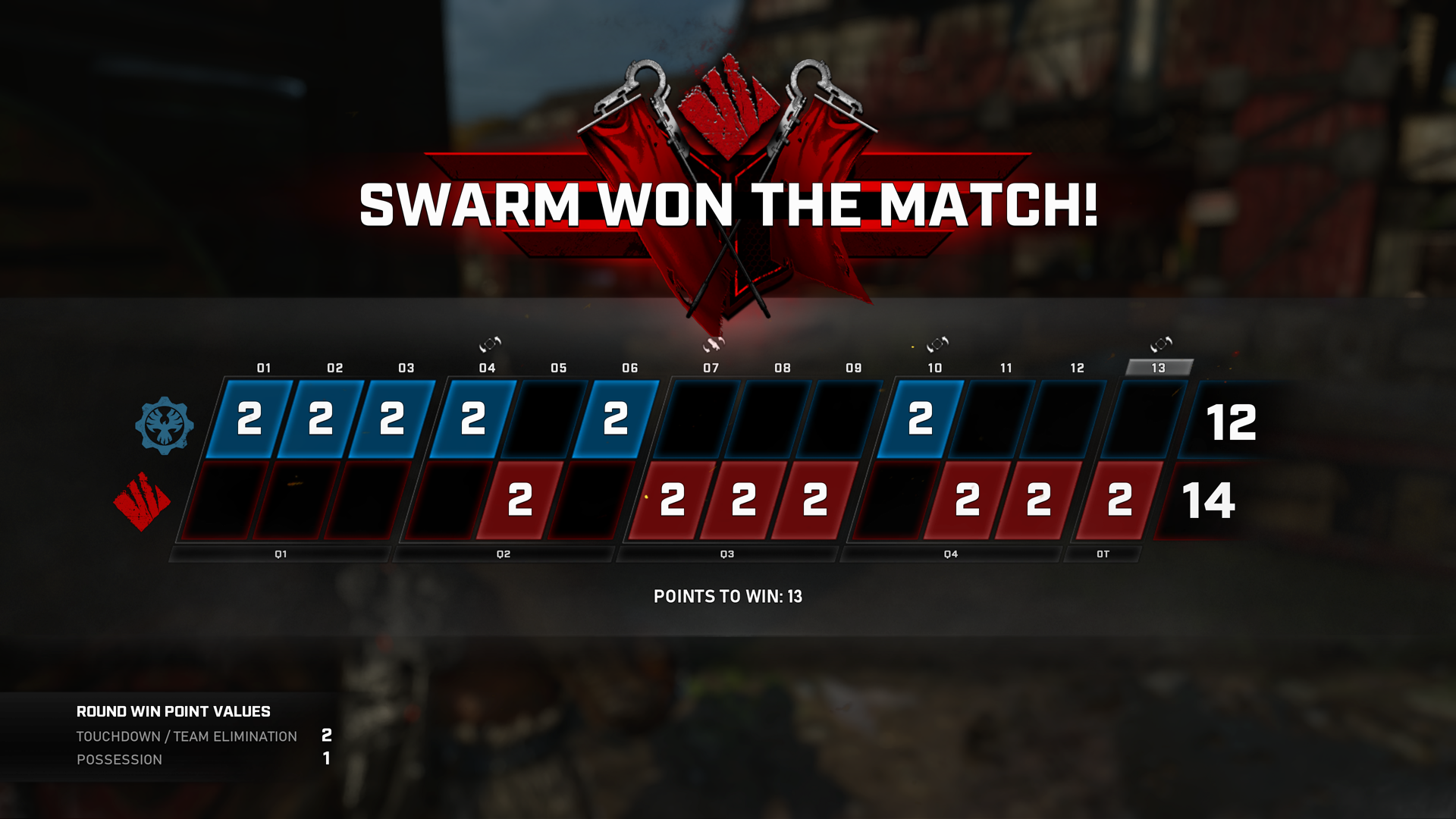 Part of the reason the game feels so fast-paced is due to the absurdly short round times that have been implemented by the Coalition. Each round of Gridiron is a short two minute round. Time flies by, and before you know it. The time counter is ticking down and you are running trying to gnasher down an enemy who is running the flag. Gridiron definitely favors the bold, with a huge emphasis on focusing on power weapons while also contesting for the flag. Sometimes having to choose between going for the objective or snagging the Boomshot can be round changing. A split-second decision can lead to a lost round.  Find yourself out of position on the map and next thing you know, an enemy has run the flag into the endzone for a touchdown. While you and two of your teammates are left looking stunned on the wrong side of the map. 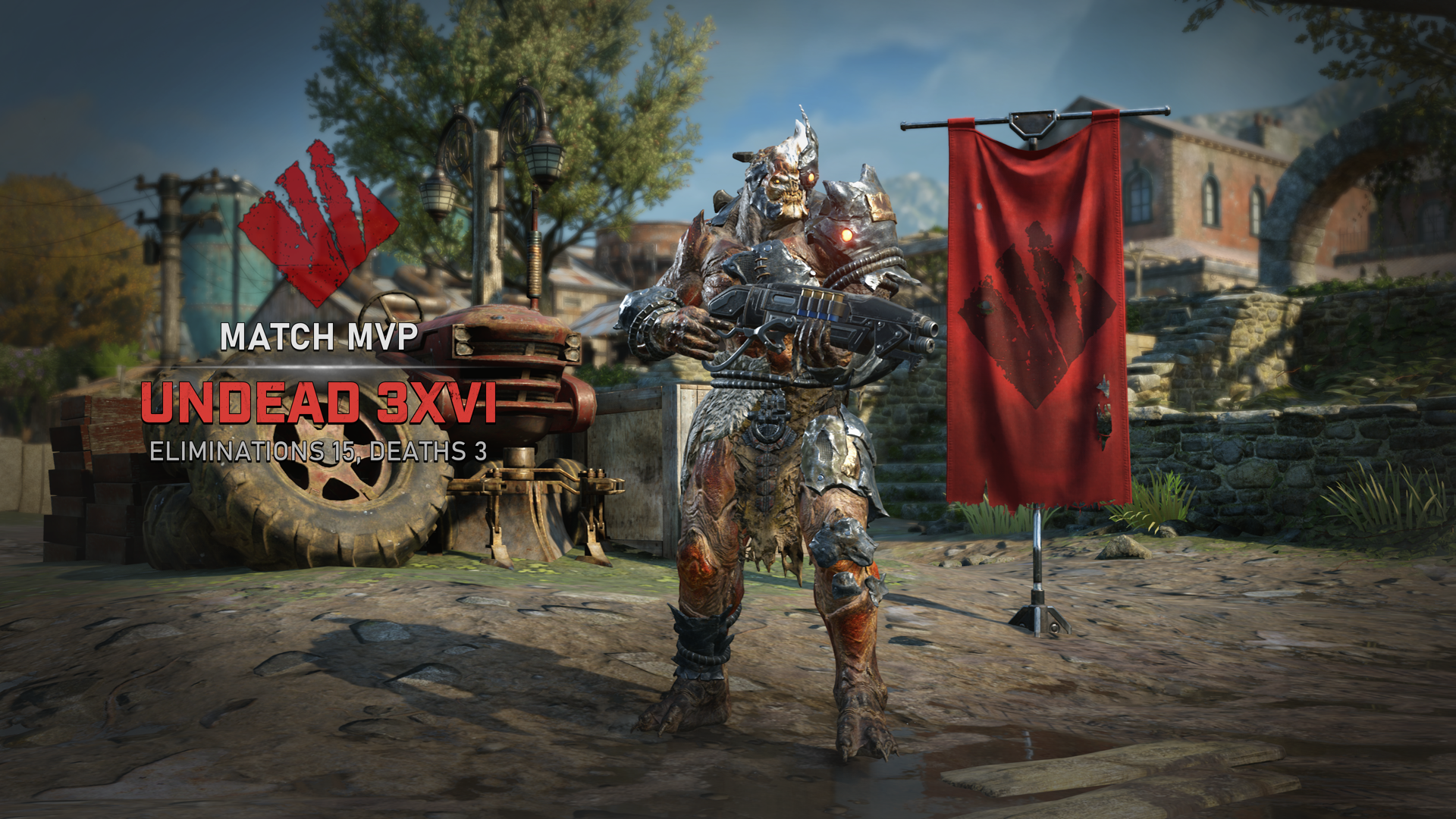 Could Be The Next “Big” Mode

With many competitive games looking to the future, the future is now e-sports. It is undeniable that since the beginning of this recent pandemic e-sports have gone through massive growth. This growth will only continue, as more and more people will be turning to alternative means to keep themselves entertained. Gaming has been on an upward trajectory through this entire generation. The Coalition is sitting on an e-sports gold mine with Gridiron, I truly believe that. Search and Destroy became such a definitive mode for so long in the competitive Call of Duty scene. The pure intensity of those clutch bomb defuses kept players and viewers on the edge of their seats.

Gridiron offers this in bunches. Each round offers a different plan of attack as teams have to quickly adapt to each other’s playstyles. Success in Gridiron is much more than just being amazing at the core gameplay mechanics. Positioning, map knowledge, and quick on the fly decision-making shape each and every round. It has often been cited that the Gears e-sports scene has been often neglected by its parent company Xbox. It is time to change that, with Gridiron I truly believe if this was marketed and properly handled. The game mode could blow up just the same way Search and Destroy did for Call of Duty back in the day.

When writing about video games, it feels like we spend more time criticizing a development team for a misstep then we do taking the time to congratulate a team for absolutely nailing it. The Coalition has struck gold with Gears 5 Gridiron in my mind. I have no doubt I will be playing this mode for the remainder of Operation 3 as my main go-to game mode. If you have fallen off of Gears 5 since its launch, I implore you to give it a second chance. Grab a few friends and go get that next touchdown.