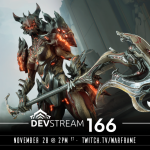 You are reading
Warframe Devstream 166 Breakdown

Devstream 166 has just wrapped up on the official Warframe channels. Check out our thorough breakdown that includes a new take on Survival missions, the 51st Warframe, Voruna, Grendel’s Rework, Yareli Ability Changes, Nightwave’s future, cross-platform play status, Duviri Paradox information, the next Prime Warframe, and more. If you missed our Devstream 165 breakdown, be sure to check it out here.

All details courtesy of Digital Extremes via their blog post.

Finally, Tenno can rejoice for new content. As Lua’s Prey will launch tomorrow. Check out the details from Digital Extremes themselves:

A deadly hunter stalks deserted Orokin halls on Lua, Tenno, howling with uncontrollable rage. The Worm Queen has sent her forces to investigate and trap the predator for good. Discover the secrets residing on Lua for yourself with new Conjunction Survival Missions, a new Warframe, new Weapons and more!

Lua’s Prey will act as a smaller update to hold players over for The Duviri Paradox next year. But even with this in mind, the opening cinematic shows promise for some heavier narrative elements.

Two new Mission nodes await you on Lua. There, players can take on the challenge of Conjunction Survival, where Thrax enemies will periodically spawn causing your Survival meter to drop 50% faster. Not to mention the mysterious areas drained of all color, where the Tenno’s connection to the Void grows stronger, giving them a buff to Ability Strength and casting speed. Keep in mind Tenno, in order to gain access to Conjunction Survival Missions, you must have completed The War Within.

If you have a Necramech, you may want to use it to eradicate these enemies with extreme haste. Defeating these Enemies will reward you with vital Resources for crafting Voruna and her signature Weapons.

Why have these Enemies appeared? What is a Void Conjunction? What connection could it all have to the Duviri Paradox? Find out when Lua’s Prey launches on all platforms on November 30th. 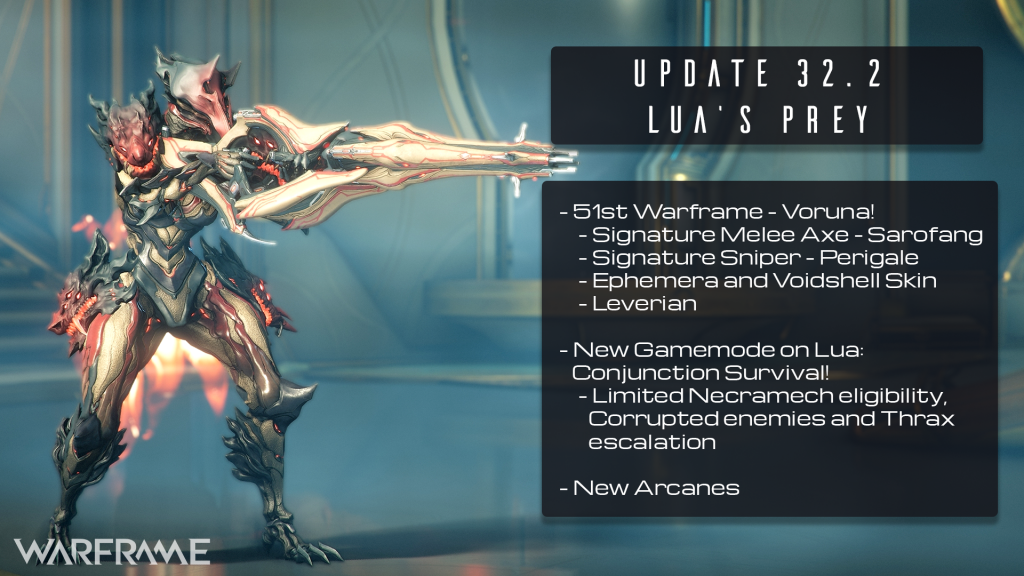 Alongside the new content, Voruna, the wolf-inspired Warframe is ready to tear and pounce its way into Lua’s Prey. First, revealed during TennoCon 2022 back in July, Voruna is the 51st Warframe that will be available to players. She is a skilled hunter and the undeniable heart of the pack. Using a combination of her own ferocity and technological supremacy, Voruna picks apart those who trespass in her temples one by one.

Voruna is also the first warframe to be able to have four unique passives. By holding down the activation for abilities similar to Ivara’s Quiver, or Vauban’s Mines she can gain the following in order:

Tenno can earn her Component Blueprints in the new Conjunction Survival Missions to craft in your Foundry, as well as instantly add Voruna to your Arsenal along with her signature Weapons and Customizations with The Pack’s Heart Bundle.

Details on how to acquire Voruna and her Weapons

There will be two different missions, both functioning the same but they will get harder over time.

The first path is to earn her blueprints from the new Lua Conjunction Missions. As a quick recap, these missions are a Survival variant with added lore and gameplay challenges:
– Players will be able to use their Necramech for 2 minutes on a 10-minute cooldown in this mission.
– Every wave, new Lua Thrax Variants will spawn that accelerate your Life Support drain, making them a priority target!
– A Dax Ally wanders about the tileset between Life Support towers. Standing within his strange aura will offer you Ability Strength and Casting Time buffs.
– There are two different nodes for this mission type as they offer different rewards and challenge levels.

The second path is to trade the new Lua Thrax Plasm resources with Yonta in the Chrysalith for her Blueprints. This approach is similar to what we did with Lavos in Orphix Venom, where players can directly purchase the blueprints they are missing if they’re having bad luck.
– Lua Thrax Plasm is obtained from Lua Conjunction Nodes as a guaranteed reward every 5 minutes
– The amount earned scales with mission difficulty if you are up for the challenge.

Grendel has seen a lot less use since his initial debut. But a rework has been in the works for some time now. Allowing him to be more viable. Here is the reworked abilities:

All of this, alongside his new passive that buffs his armor to 250 instead of 50 should entice players to give him a try again. 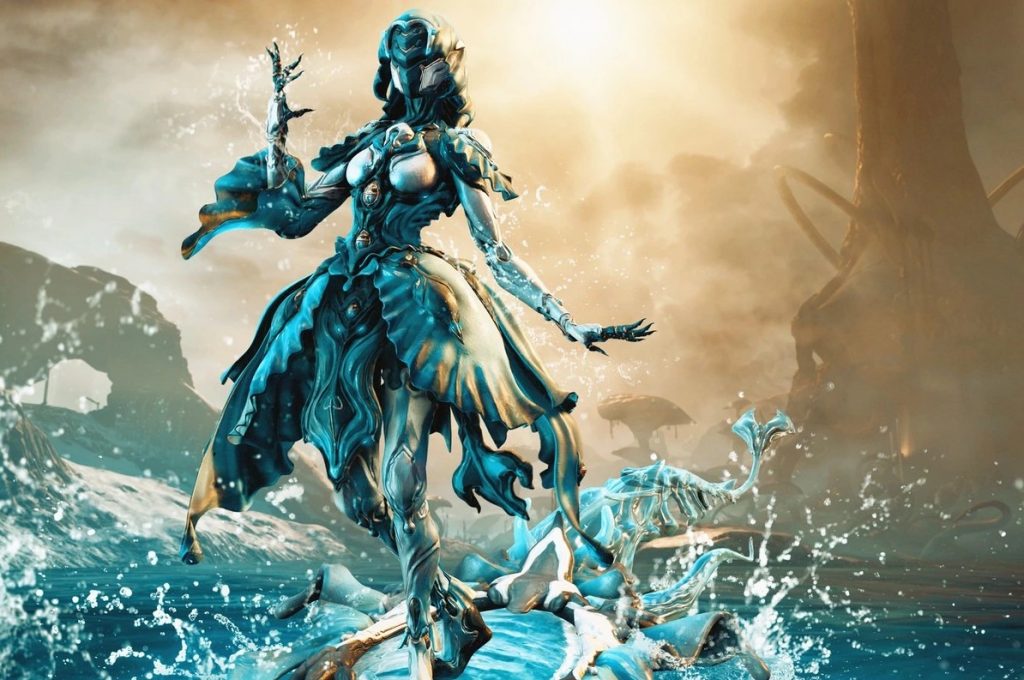 Yareli is a personal favorite of mine. So hearing that she was getting buffed was music to my ears. Here is what Yareli fans can expect with these changes:

These buffs, alongside Grendels rework will be launching with Lua’s Prey.

So far, cross-platform play is available between Xbox and PC platforms. Currently, players can see different symbols representing the different platforms players are playing on. DE is currently seeking to expand to more platforms by testing them out gradually. Moreover, players can now view profiles from other platforms. Cross-save is also in the works, but the current focus is on cross-play first.

Revealed during the stream, the next Prime warframe will be Baruuk Prime! He will be arriving with the Afuris Prime and Cobra & Crane Prime. Afuris will have a decent critical chance but a high-status chance with puncture as its main damage type. While Cobra & Crane will be high in status chance and boast impact damage as its main damage type. Screenshots of them can be found here, thanks to Reddit user Jh0n007GTR. The release date for Baruuk Prime will be December 14th.

Ivara Prime and Oberon Prime will be making their way to Prime Resurgence on December 1st. So be sure to head to Varzi in Maroo’s Bazaar to get your hands on them and their respective weapons if you missed out on them! 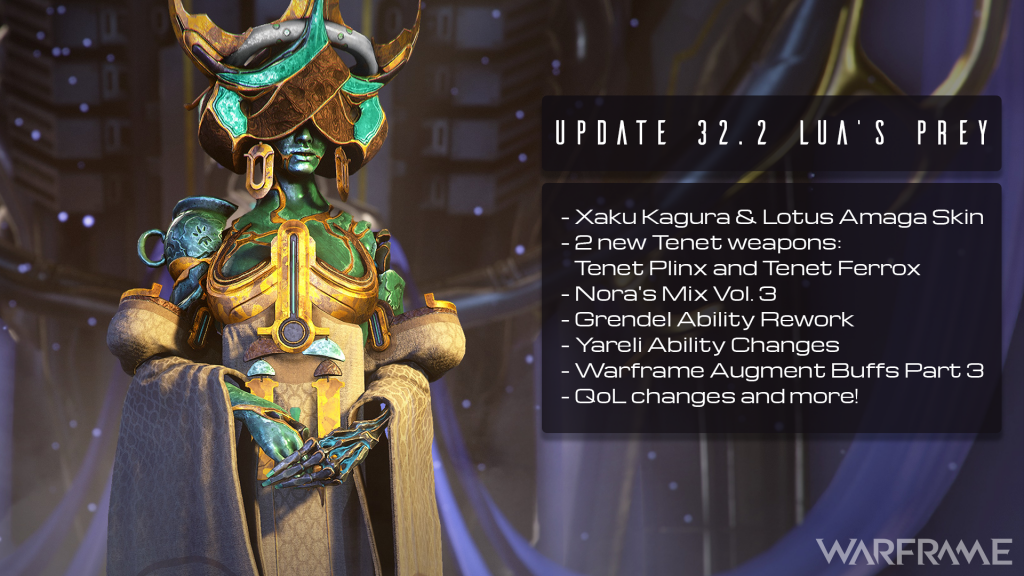 A new Nora’s Mix is dropping with Lua’s Prey. Players can complete new and returning Acts to earn Nora Cred and trade them for rewards like the Protokol Necramech Skin, Mods, Noggle Statues, and much more. Alongside this are a plethora of smaller changes and news updates. Such as:

Finally, they capped off the stream by showing a very small slice of The Duviri Paradox. For fans that are eagerly awaiting the update, the first Devstream of 2023 in January will be focused solely on it. But this was the final Devstream for this year. So do not expect one in December.

If you would like to catch the full Devstream, you can watch it here.