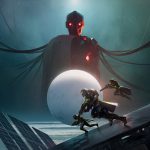 You are reading
Destiny 2: Season of the Seraph Revealed

‘Tis the season of live service. Multiple games are launching their new season ahead of the holidays. Destiny 2 is no different. Previously, Season of the Plunder concluded on a lackluster note. The community has voiced their concerns and woes to the developers. Additionally, this season leads into the following significant expansion, Lightfall; so, it has a lot of things to get right. Let us dive into the launch trailer for Season of the Seraph.

Rasputin is back. This golden age A.I. was one of humanity’s greatest allies. However, Rasputin received a devasting blow from the Pyramid fleet. After the Season of Arrivals, Rasputin went offline. Ana Bray’s quick thinking saved him. Now, Guardians must aid Ana in transferring Rasputin’s essence from the engram into an EXO body. However, the Hive continues to stand in their way. 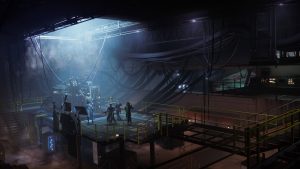 Additionally, a new exotic mission is debuting. Operation: Seraph’s Shield brings a flavor of astral hacking. Guardians must infiltrate a Braytech orbital facility to aid Rasputin’s awakening by bypassing security each week. This and the seasonal story will progress each week. Lastly, the exotic mission will eventually award guardians with the Revision Zero weapon.

This season contains a reward track filled with engrams, an exotic weapon, and armor sets. This includes a surprising crossover with Assassin’s Creed. Additionally, Season of the Seraph brings a new dungeon. Bungie will probably release more information in the TWAB a day prior to the dungeon’s launch. 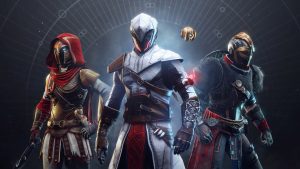 Bungie also promised an overhaul to the competitive PVP scene. The Crucible is receiving a proper rank ladder to climb and multiple weapon changes are being implemented and/or analyzed. Time will tell if they deliver. I personally hope this season’s story truly delivers a worthwhile narrative from start to finish.

Season of the Plunder was close to greatness by introducing Nezarec; yet, Bungie was unable to land the plane gracefully. Instead, players received a sweet (but unsatisfying) cutscene and a haphazard community event. Regardless, I will be front of the line at reset to see if this season can deliver.

Are you excited about the new season? What are you most looking forward to? Let us know in the comments down below. You can find the Season’s launch page here. For all things Destiny, bend the knee in the realm of Lords of Gaming.

Facebook Twitter Google+ LinkedIn Pinterest Tumblr
Previous article Game Pass FOMO is Real, Here's How to Deal with It
Next article Microsoft Confirms Commitment for Call of Duty on Other Platforms