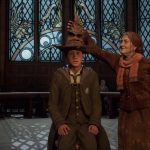 It is the end of another week which means the update of the best-selling games on Steam is here. There are a few surprises on the list this week. Possibly one of the biggest is the continued success of Hogwarts Legacy. The game is set to release on Xbox Series consoles, PlayStation 5, and PC this February, and has been tracking high on PC via pre-orders. For the second week in a row, Hogwarts Legacy is only second to the Steam Deck in total dollar sales. This is an incredible feat considering it is just under a month until this title releases, it will be interesting to see how successful it is during its first week of release.

There were also some other newcomers to the list this week with One Piece Odyssey. The new turn-based RPG is based on the classic anime and tracked number 6 this week. Call Of Duty Modern Warfare 2 keeps its stranglehold on the number 3 spot as Elden Ring remains in the top 5 as well. Showcasing just how strong the sales are for From Software’s massive open-world RPG. Indie survival game Raft as well as Squanch Games High On Life break back onto the charts this week to help round out the top 10. It will be interesting to see if Hogwarts Legacy can top the charts again next week or if it will be replaced by another release. With Persona 3 coming to PC for the first time this week, it will be interesting to see how it tracks compared to these other titles.

Did you pick up Hogwarts Legacy or any of these other titles on Steam? Let us know in the comments and don’t forget to check back for the latest gaming news and information.