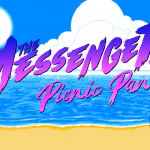 If you were a fan of The Messenger, what sounds better than receiving free DLC called Picnic Panic? Lord Cognito had the pleasure of chatting with Thierry from Sabotage Studio to get some information on the upcoming release. The DLC seems to have taken a tropical turn, will feature three unique bosses, and even has surprises that the developer has yet to announce. Our writer, MJ, gave Picnic Panic a spin to see how the latest iteration of this Metroidvania hit would feel.

The Messenger was originally released on August 30, 2018, and is currently available across PC, PlayStation 4, and Nintendo Switch. Picnic Panic is slated for a free release close to summer 2019.

DLC aside, The Messenger was also nominated and mentioned for several 2019 Webby Awards. This is on the heels of winning The Best Debut Indie Award at The Game Awards 2018.