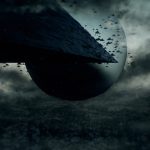 There has been a lot of discussion surrounding Destiny 3 in the recent days. This has been centered around a fevered debate about the place PvP has in Destiny and whether it could be abandoned or reworked altogether. This is keeping in mind that the as-of-yet unconfirmed sequel would be developed without the influence or support of Activision Blizzard who parted ways with the company earlier this year. Now, that conversation has the potential to shift in a major way if a Reddit post by user AnonTheNine is to be believed. AnonTheNine has a history of releasing later verified intel on previous games in the franchise so it is worth investigating.

You can read the full post in the link below, but we will get into some of the main points and analysis here.

First up, and most importantly to Destiny fans, is the introduction of the Darkness. Kind of? The post details a new enemy race called the Veil which fly the Pyramid ships that have been seen in concept art as far back as pre-release of the original Destiny. The pyramid ships were last seen at the conclusion of the vanilla Destiny 2 campaign when the awakening Traveler sent a wave of light out across the galaxy. The Veil sensed the awakening Traveler and though there has been no mention of them since, it now appears that they are coming to feed off the Traveler’s Light. Their arrival  in the solar system would be the kind of major inciting incident needed to kick off Destiny 3. One of these pyramid ships would serve as an in game location, which the post equates to the Dreaming City, but it seems more akin to Oryx’s Dreadnaught to me. The Veil are considered ‘servants of the Darkness’ and would have access to abilities similar to Guardians, which would open up a wide range of possibilities for combat encounters. The only other instance we have seen an enemy using anything like a Guardian’s skillset was fighting Dominus Ghaul. A new enemy race with deep lore implications would be welcome after the Scorn were somewhat lacking in this department from Forsaken.

Interestingly enough, the post says that the god of the Veil was slain during The Collapse, which implies that the Veil existed in the solar system at an undetermined point in time, and that their god exists apart from the Darkness itself, perhaps like how the Traveler uses the Light, but is not the Light. This slaying could be what resulted in the Darkness abandoning its assault on the solar system that triggered The Collapse. With the launch of Season of the Drifter, the Guardians flirtations with the Darkness have grown more apparent and that seems to culminate in Destiny 3 having a dedicated Darkness based class. This could be the launching point for more dedicated faction based experience going forwards like a Horde-Alliance style dichotomy that I have long advocated for (see my article here).

Speaking of factions warring against each other, the debate in the last couple of weeks about PvP not being included in Destiny 3 may be closer to truth than many believed. The post implies that the open world areas in D3 will act similar to the Dark Zones in The Division or PvP servers in WoW where at any time Guardians can chose to engage in combat. How this would work with equipment and looting is unknown, but it would make farming Public Events a little more dangerous going forwards. While I still doubt this would replace a dedicated Crucible mode, it would mean that weapons would be balanced even more in favor of PvP than PvE going forwards. New PvE zones include Old Chicago which would take the place of the European Dead Zone on Earth, Europa replacing Io as the moon of Jupiter (and possible location of the Nine?), and a return to Venus. The return to Venus is most compelling to me as it is the location of the Ishtar Academy which is rife for exploration, especially if we need to investigate the Collapse for weapons with which to fight the Veil.

All in all, I’m incredibly excited about the leak and if even half of it is true then I think it bodes well for the future of the franchise.

Until next time, eyes up, Guardian.