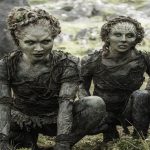 You are reading
Bloodmoon, a Game of Thrones Successor

The first of the successor shows has nice details…

With the conclusion of the main series of Game of Thrones, there is much anticipation for the spinoff, or as creator George R R Martin refers to them as, successor, series that are in the works. The first to be delivered has been gaining quite a bit of traction from the timeline, the actors, and who is producing it. Luckily there’s enough going around that we have decided to try and compile the biggest things you need to know about the upcoming successor currently known as Bloodmoon.

As previously reported, Bloodmoon is the current working title. Martin at one point refers to it as “The Long Night,” which led to hints as to what to expect. The third episode in the final season of Game of Thrones shared this title, which featured one of the most anticipated battles of Westeros, the Night King and the army of the dead versus, well, everyone else. This battle also took on Helms Deep for the longest cinematic battle to date.

We do know that filming on the series has already started in many of the same locations as its predecessor. An estimate, according to CheatSheet, schedules the pilot to be aired on HBO between 2020 and 2021. One of the advantages that the show has is the freedom of creativity that is not restrained by the books. While this is arguably the downfall of the quality in Game of Thrones as the show filmed into its later seasons, this may not be a major concern for those who are producing the successor series.

So who are the showrunners? While Dave Benioff and Dan Weiss are moving onto Star Wars projects, HBO has picked up a pretty impressive production staff for the show. Jane Goldman is most notably known for her work on recent X-Men movies, Kingsman: The Secret Service and Kick-Ass. Goldman’s experience alone signals that she has experience not only with working with beloved franchises but also creating new ones in the process. Joining Martin and Goldman will be SJ Clarkson as executive producer with them. Clarkson has been accredited for her work on The Defenders, Jessica Jones and Succession.

The acting list isn’t a paltry line-up either. Naomi Watts thus far has been the biggest name attached to the series but little is known about her role. It has been stated that she will portray a socialite of the time that is hiding a dark secret. Watts will be joined by Miranda Richardson, Josh Whitehouse, Denise Gough, Jamie Campbell Bower, Shelia Atim, Marquis Rodriguez, John Simm, Richard McCabe, John Heffernan, and Dixie Egerickx. While boasting a robust cast, no details of who each of the actors will be portraying have yet been revealed.

So if we don’t know the roles, perhaps the setting will shine more details? HBO recently released a statement about the successor show stating:

Taking place thousands of years before the events of Game of Thrones, the series chronicles the world’s descent from the Golden Age of Heroes into its darkest hour. From the horrifying secrets of Westeros’s history to the true origin of the White Walkers, the mysteries of the East to the Starks of legend, only one thing is for sure: It’s not the story we think we know.

Rumors have circulated that the show will involve the Children of the Forest and delve into the creation of the Night King, a scene that was shown in the Game of Thrones episode, The Door. Considering the Night King did not burn when hit by dragon fire, speculation is rampant that he is a precursor to the Targaryen line. Story development could also lead to the first incursion, the Battle of the Dawn, with the Night King and his forces of the frozen undead. This could also point to showing the inception and creation of the wall that lasted thousands of years.

With the fantastic visuals that HBO delivered with the later seasons of Game of Thrones, what will the new series end up costing HBO? The ranges of the series have been reported at from $6 Million per episode early on upwards to nearly $15 Million per episode in the final season. Much of this cost is due to the inclusion of more CGI in the massive battle sequences and just pure destruction in others. Given the time period, the likelihood of dragons being present might be slimmer since Valyria and Targaryens were not even a concept at this given time. However, rideable Ice Spiders were. It is hard to not believe that HBO would not front the cost given the success of Game of Thrones.

Are you interested in seeing a Game of Thrones prequel? Let us know which characters you’re excited to see below.