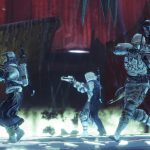 Bungie Director Luke Smith is back at it again with a plethora of new information for Destiny 2 Shadowkeep. This week he discussed how the Destiny 2 Season Pass structure would evolve from its current form as well as introduce Season Ranks. Season Ranks will operate similarly to the popular “Battle Pass” system that games like Fortnite have utilized. Destiny 2 players will be rewarded with “rank” by earning XP through playing basic activities in the game. There will be a free track for New Light players, as well as a premium track for Season Pass owners. Here is an example of the new Season Pass UI: 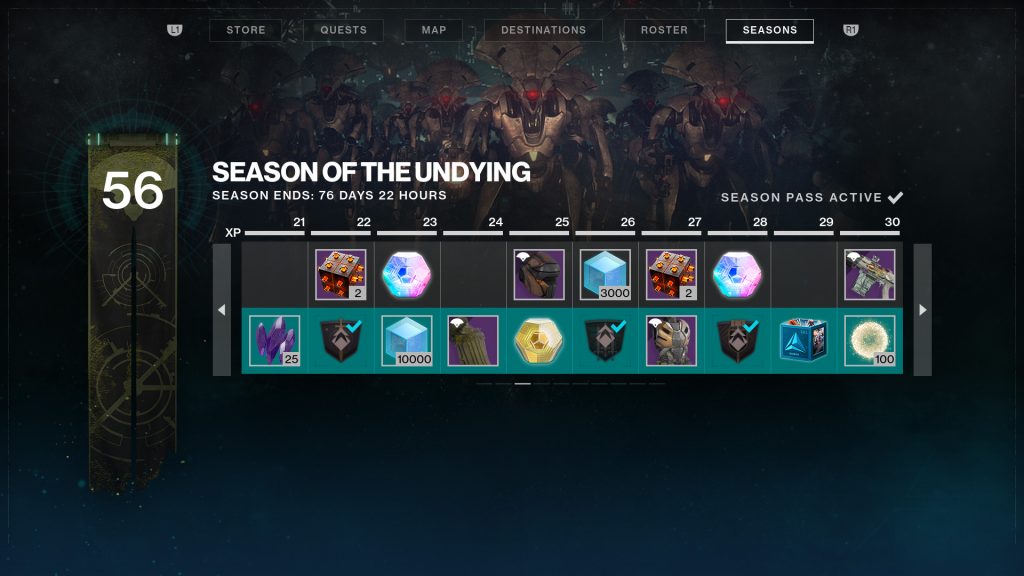 The top path (highlighted in gray) is an example of the “free” Season Rank rewards track for New Light players. The bottom path (highlighted in green) is an example of the Season Rank rewards track with exclusives for Season Pass holders. Here is more content clarity on what New Light players and Season Pass owners are exactly receiving on October 1st: 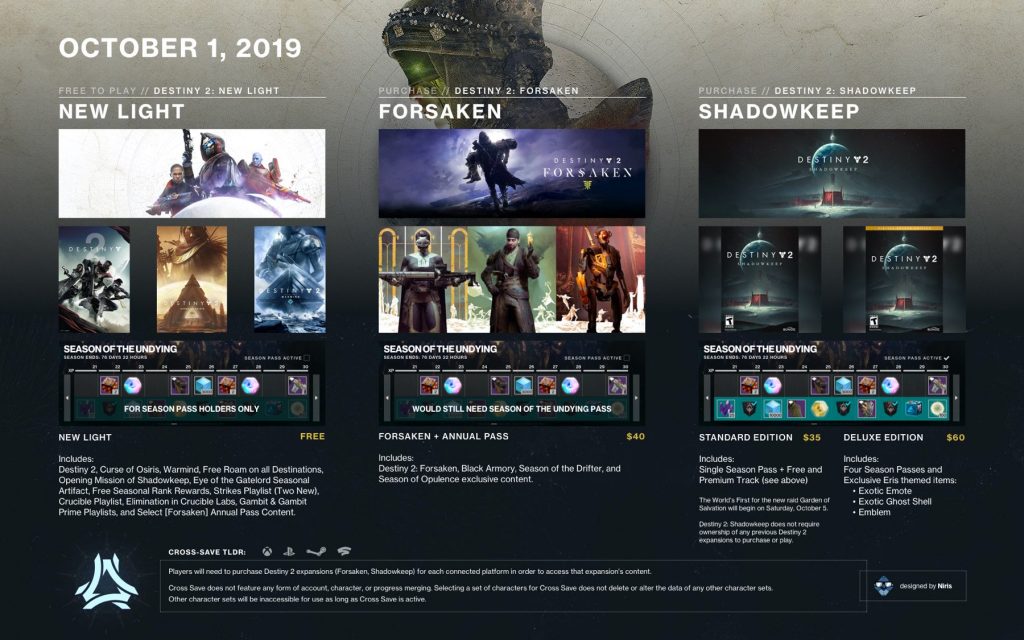 Season of the Undying will run for 10 weeks and Bungie will also introduce a catchup mechanic for Season Ranks. In the last 2-4 weeks of the season, players will be allowed to purchase Season Rank for missed rewards prior to season reset. Bungie states that there will be no XP cap raise to punish players who achieve rank normally. Bungie also states that this catch mechanic is still being tweaked internally and will be tuned to community feedback.

Luke Smith also discussed the importance of each new Season of Destiny contributing to Destiny’s evolving world. Here is his mindset regarding Bungie’s thought process on Seasons:

Each Season in Destiny has to ride the line between delivering self-contained, Season-long world arcs and making the handoff to the next season. Together, Seasons move the Destiny universe forward.

In Regards to ending Seasons, Luke goes on to stress player actions that will narratively change the world state:

Doing this allows us to evolve the world—narratively, but potentially physically as well. It is not possible to keep Destiny frozen in place to allow all activities to live forever while also changing the world in meaningful ways. This strategy lets our team be agile and innovative. We believe that Destiny will grow even better when the world state can change, and that the best Destiny stories are the ones where “you had to be there when….”

Season of The Battle Pass

There is a lot to unpack here and my feelings are very mixed. On one hand, I really like how New Light Players will start Shadowkeep at 750 light (like everyone else) and are getting a ton of free Season Rank content. Having new players at the same light level negates the feeling they will always trail the hardcore and promotes better engagement. New Light players will also have the option to purchase Season content a la carte.  I respect that player choice by Bungie.

The Battle Pass system is dicey territory in my opinion. I get it, Bungie is monetizing things as an independent studio and Season Ranks aren’t completely egregious.  It appears to be structured well but late-season catchup mechanics could potentially upset the hardcore base. Especially those that earned rewards naturally by just playing the game. If Season Rank rewards were limited to cosmetic items, I would not have much of an issue. Seeing an exotic engram, or specific exotic weapon gives me cause to pause. Bungie will have to walk a tightrope here to ensure there are meaningful rewards not included in Season Rank paths.

Season evolution is very necessary to Destiny’s narrative growth in my opinion. I love the idea of Seasons directly affecting each other to tell an overarching story. Destiny 2 cant remain static forever with some events never changing physically. Current generation hardware can’t sustain additive content without memory constraint. How long can the Dreaming City remain cursed before it just becomes silly? This was the right move for the future. Bungie’s only dilemma will be the removal of beloved content. Currently, Menagerie is an example of that. I look forward to discussing all of these topics this Friday on The Last Word with my Destiny brethren Ebontis.